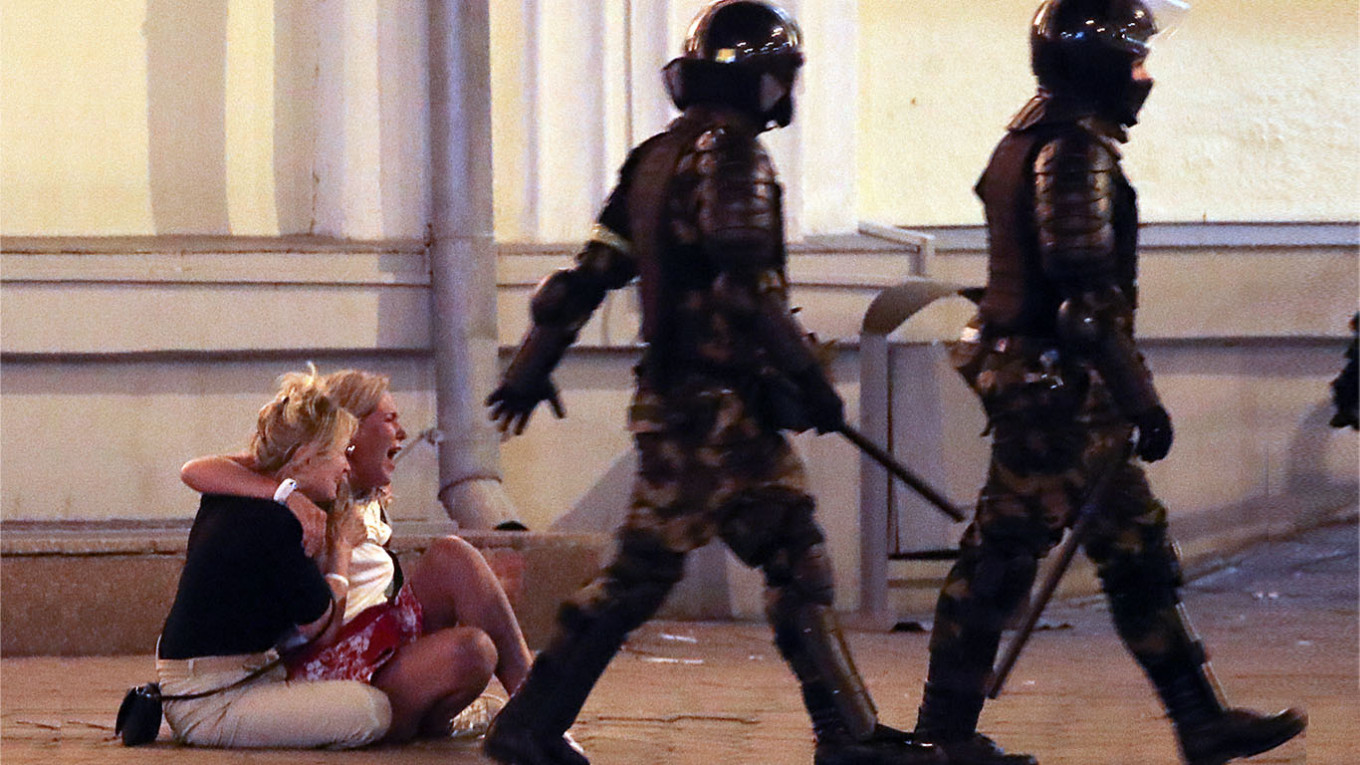 Police in Belarus said Wednesday they had detained hundreds and shot at protesters in a third night of violence over a disputed presidential election.

Western governments have condemned the crackdown and the European Union said the bloc’s foreign ministers would discuss Belarus at an extraordinary meeting on Friday.

U.S. Secretary of State Mike Pompeo urged the EU to “take action,” saying: “We want the people of Belarus to have the freedoms that they are demanding.”

Protesters rallied again on Tuesday night to contest strongman President Alexander Lukashenko’s claim of having won Sunday’s election, although they were in smaller numbers after police cordoned off city centers and limited transport.

Lukashenko on Wednesday claimed the demonstrators were “people with a criminal past who are now unemployed” and told them to get jobs.

In the capital Minsk, protesters and witnesses said riot police used indiscriminate force against those who did gather, firing stun grenades and rubber bullets in the suburbs.

Police said they opened fire on demonstrators and wounded one in the southwestern city of Brest on the Polish border. They said the protesters were armed with metal bars and ignored warning shots.

Belarus’s Euroradio reported the wounded man was shot in the head.

The interior ministry said protesters gathered in 25 cities and towns on Tuesday night and that more than 1,000 people had been detained.

The latest arrests have brought the number of detentions to more than 6,000 after three days of protests.

Interior ministry spokeswoman Olga Chemodanova said there had been smaller gatherings on Tuesday than on the two previous nights.

“The number of protesters was smaller last night, as was the number of cities where protests took place,” she told AFP.

Hundreds of people have been wounded in the crackdown and police said that one protester died when an explosive device went off in his hand on Monday night.

Belarus banned the sale of fireworks from Wednesday after people set them off at protests.

The protests broke out after authorities said Lukashenko, who has been in power since 1994, won 80% of the vote in Sunday’s polls.

Election officials said Svetlana Tikhanovskaya, a 37-year-old political novice who ran after other potential opposition candidates including her husband were jailed, came second with 10%.

Tikhanovskaya said the vote was rigged and claimed victory, demanding that Lukashenko hand over power.

She left Belarus on Tuesday for neighboring Lithuania as allies said she came under official pressure.

“She herself will say what her future plans are.”

Yan, a 28-year-old paramedic who has protested every night since the election, said police had become more aggressive.

“Things were scary last night, it was complete lawlessness,” he told AFP. “All of this is aimed at intimidating people so that they keep quiet.”

Oleg Gulak, the head of the Belarusian Helsinki Committee rights group, said he was “stunned by the unprecedented level of cruelty and violence” used against protesters.

“Last night was the scariest night in Belarus’s modern history,” he said.

On Wednesday, Belarusians began forming human chains on the streets of Minsk and other cities, a form of protest seen during the breakup of the U.S.S.R.

They carried a banner with the slogan: “Love cannot be forced.”

Hundreds of people also gathered outside a pre-trial detention centre in Minsk in an effort to learn about the fate of missing family members.

The bloc on Tuesday condemned the election as “neither free nor fair” and Borrell threatened sanctions against “those responsible for the observed violence, unjustified arrests, and falsification of election results.”