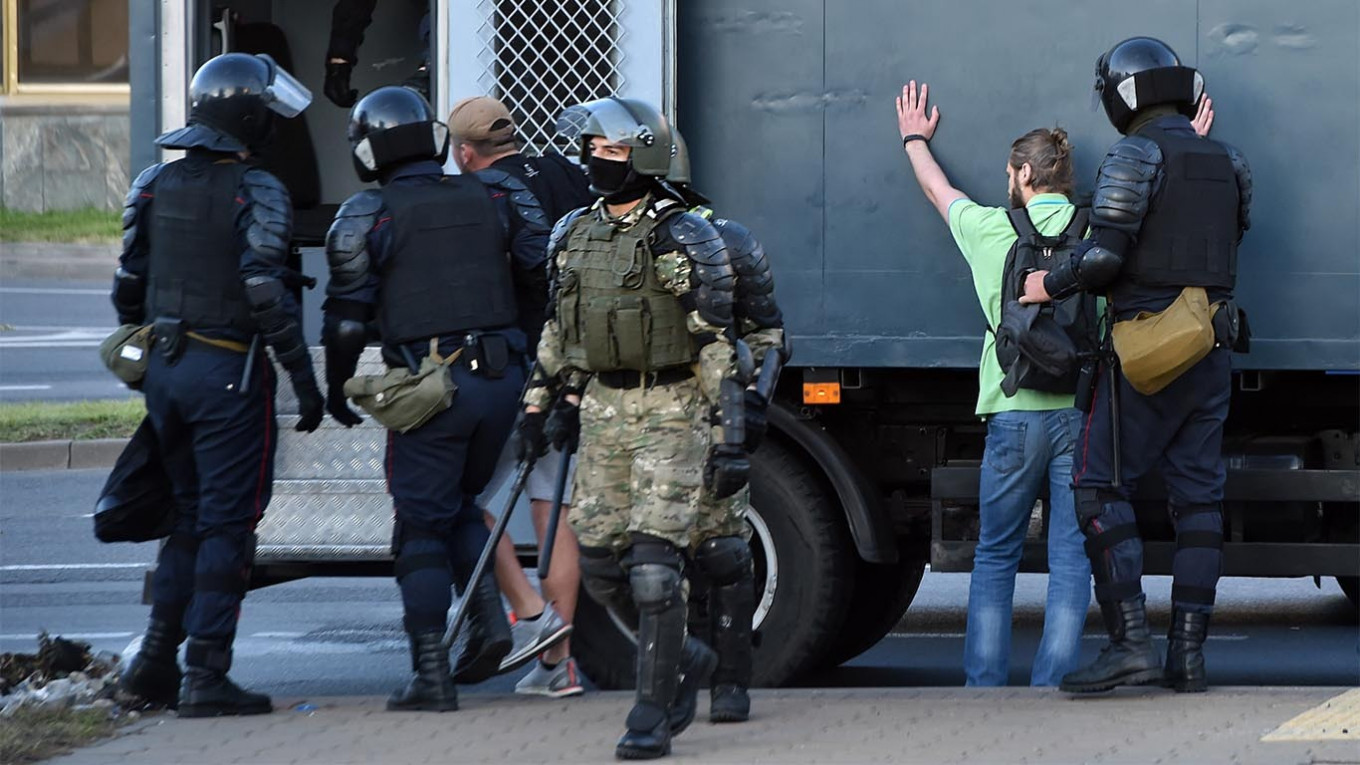 Waves of repression in Belarus have turned its EU neighbors into places of refuge for pro-democracy Belarusians, with presidential challenger Svetlana Tikhanovskaya only the latest to shelter there.

Tikhanovskaya said she had made the “difficult decision” to leave for Lithuania following a disputed election in which she has claimed victory against Alexander Lukashenko who has ruled with an iron fist since 1994.

Lithuanian Foreign Minister Linas Linkevicius announced her arrival on Tuesday and said on Wednesday she was in “good spirits” and would speak “in the near future.”

NATO member Lithuania, which like Belarus was also once under Soviet rule, shares a 680 kilometer (420 mile) border with its neighbor to the south and has long sheltered Belarusian and Russian opposition figures.

The city hosts the Belarusian Human Rights House, a non-governmental organization, and an EU-funded Belarusian university in exile, the European Humanities University, which was shut down by Lukashenko in 2004.

“We help spread information from here because in Belarus the authorities are controlling the internet,” Sabina Aliyeva, an 18-year-old opposition activist who is also head of the university’s student union, told AFP.

Vadzim Vileita, a 37-year-old journalist and political analyst, originally from Belarus living in Lithuania, said the country was “a very natural destination for Belarusians seeking a safe place away from Belarus.”

“If people want to leave Belarus for political reasons, usually they travel to Lithuania or Poland.

“After many elections when we had crackdowns in Belarus, we had waves of political immigrants coming to Lithuania every time to avoid political prosecution,” he said.

But, with street protests following Sunday’s vote still ongoing, Aliyeva said that at the moment many young Belarusians based in Lithuania are going back.

“They want to help out,” she said, adding that she herself had been asked by her parents to stay away.

Both Lithuania and Latvia, which also has a border with Belarus, have offered to take in any political refugees.

Lithuania and Poland have called for an emergency EU summit and Poland has offered to mediate any dialogue between Lukashenko and the opposition.

Warsaw mayor Rafal Trzaskowski said any political refugees arriving in the city would receive assistance and called for “solidarity.”

Poland has a population of around 28,000 Belarusians and received 37 asylum requests from Belarusians in 2019.

Lithuania officially hosts around 20,000 Belarusians and has granted refugee status to 55 of them since 2011, with authorities now preparing for many more to come.

Lithuanian Interior Minister Rita Tamasuniene said there was “a plan of measures, if the number of Belarusian citizens asking for asylum in Lithuania grows.”

Viktoryia Andrukovic, a Belarusian based in Lithuania who is also involved in the pro-democracy movement, said the Baltic state could even host a sort of government in exile for Belarus headed by Tikhanovskaya.

She would be a “symbol of freedom” for Belarusians even from outside the country.

“She is the legitimate president,” she said.