This article appeared in our special “Russia in 2019” print issue.

The road to “New Life” is bumpy.

Only recently opened, the entrance to the apartment complex in Belgorod, a provincial city on the border with Ukraine, has yet to be paved. Already, though, young mothers can be seen pushing strollers along bike paths as their toddlers scramble over Danish playground sets.

“We study the best of Europe so that we can create the most comfortable environment for people,” says Irina Tarasova, a local landscape architect who designed the grounds, during a recent tour.

Funded by the Belgorod Construction and Transport Department, the complex is the product of new government spending on blagostroistvo across Russia’s regions. The term, best translated into English as urban beautification or renewal, in Russian combines the words for “construction” and something “good.”

”In Belgorod, a city of 350,000, it is not just local money that is being spent. The municipality is one of 40 “comfortable city environment” projects funded by the federal Construction Ministry since 2017.

President Vladimir Putin seems pleased with the result. He has extended the project through 2020 and allotted 125 billion rubles ($1.9 billion) to improve public spaces in the selected cities.

The project is barrelling ahead. Across the country, city planners have transformed town squares, main thoroughfares and river embankments.

“We have Napoleonic plans,” a local official in the Ivanovo region north of Moscow explains. 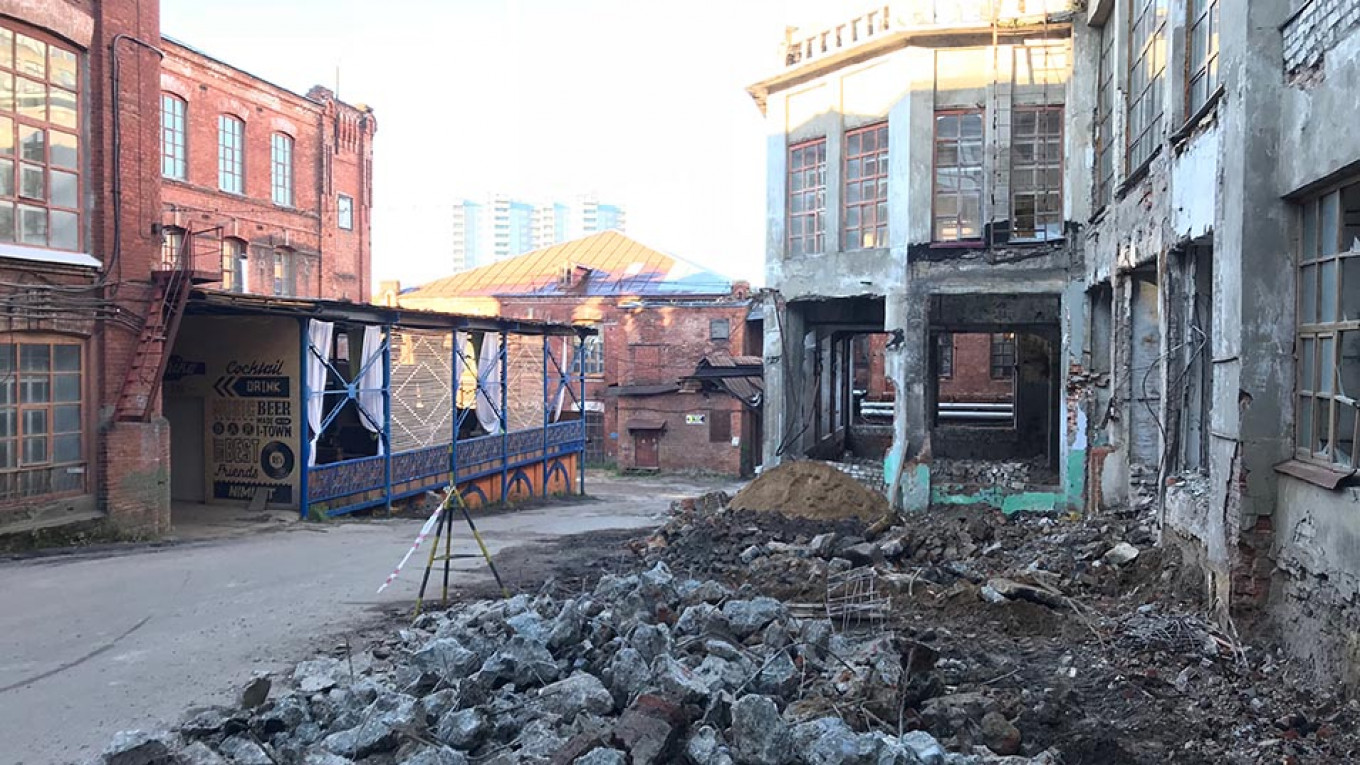 Listening to Russian officials, you might get the impression that rendering industrial Soviet cities European-like is the elixir that will cure all of Russia’s ills. That, importantly, it will keep people from leaving the regions.

As one recent poll shows, residents in only five cities—Moscow, St. Petersburg, Yekaterinburg, Kazan and Krasnodar—felt they could build a successful career by staying put.

Indeed, students in Belgorod repeatedly told The Moscow Times that they would be “looking north” after graduation. “There are simply more jobs in Moscow and St. Petersburg,” says Timofei Sharepov, a 26-year-old computer science master’s student.

For Ivanovo, a city of 400,000 people, the problem is particularly urgent. “In most polls of places that people want to leave, Ivanovo is in the top five,” says local governor Stanislav Voskresensky.

Indeed, whereas the average salary in August in the Ivanovo region was 24,941 rubles ($379), it was three times higher only a five-hour drive away in Moscow.

Today, many former factories stand empty in his city. But Voskresensky imagines investors transforming them into lofts or offices, with bustling cafes and restaurants on their first floors.

One day, he says, Moscow will be overflowing with people, and those wanting a less hectic life will flock to a revamped Ivanovo.

For now, though, his priority is providing enough incentives for locals to stay put. “If we make Ivanovo a comfortable place to live,” he argues, “people will want to stay.

In Moscow, since 2011, a nearly constant cycle of construction work has left in its wake modern parks and revamped public spaces. The city has become leagues more livable—or “more European,” as Moscow’s mayor repeatedly says—and is growing rapidly.

Much of that work has been led by the Moscow-based KBStrelka consultancy, an offshoot of the Strelka Institute, one of Russia’s top urban design firms. Now, Strelka is leading the “comfortable city environment” project, parachuting its consultants into cities across the country to help regional planners follow the Moscow model. 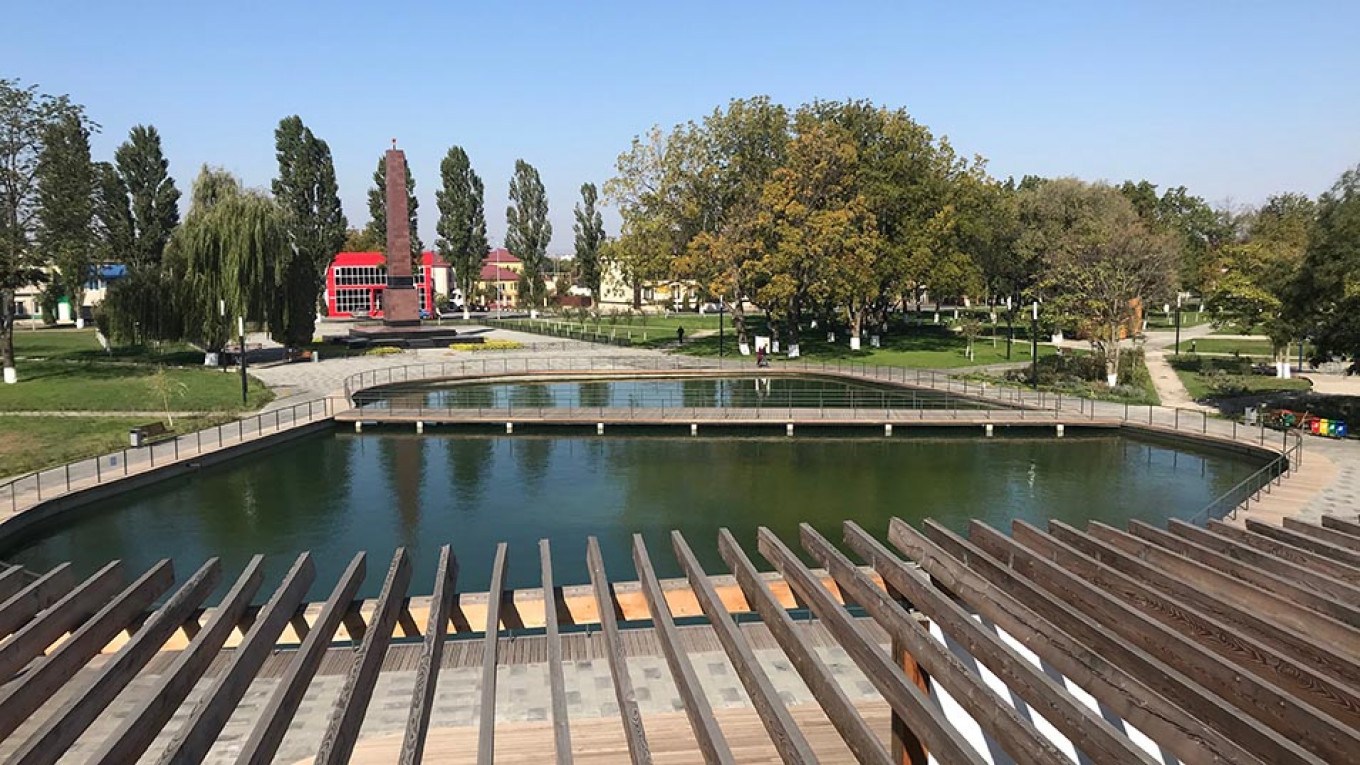 In the Ivanovo region, Voskresensky piloted the project in the village of Palekh.

“There is an energy that is coming from Moscow and Strelka,” says the head of Palekh, Igor Sarkin. “We have to learn from them and harness it.

”If nothing else, the energy is evident: Palekh’s entire central square was remodeled this summer to include new lighting, murals and foliage.

Yet not all residents see the benefit.

“It feels like a Potemkin village,” says Yar Pikulev, 33, at the square. “This is supposed to solve all of our problems?”

Sarkin, though, believes it will take time to alter this mentality.

“Soviet design was focused on industry, not people, so people didn’t feel attached to their surroundings,” he says, echoing Strelka’s “human-centric” design philosophy. “Hopefully now a new generation will grow up to better appreciate their hometown.”

“We are waiting for a miracle,” Sarkin continued. “And it will come. People will come back.”

For Alexander Puzanov, director of the Moscow-based Institute for Urban Economics, blagostroistvo is not enough. Rather than relying on outside investors, he says, Russian cities should exploit “specific niches” to improve their economies.

That is what Andrei Knyazhensky is attempting in Ivanovo. Four years ago, the 30-year-old architect won a private contract to redevelop a former factory in the city center. At first, the owner wanted to turn it into apartments. But seeing that there was little demand, he asked Knyazhensky to take a more creative approach.

Knyazhensky says that many in his social circle wanted to make Ivanovo a more vibrant place—all they needed was an opportunity. So he created a community “for everyone who wants to help develop the urban environment.”

“Our job,” Knyazhenskysays of the community, “is to keep our youth at home.

“But its full potential has yet to be realized,” says Knyazhensky.

Instead of the overgrown waterfront behind the factory, he imagines pedestrian walkways, cafes and restaurants. All his dream needs now is some additional funding.

“For now, the money has been directed elsewhere,” Knyazhensky says. “I’m not sure why. Maybe it will be put to use here in the future.” 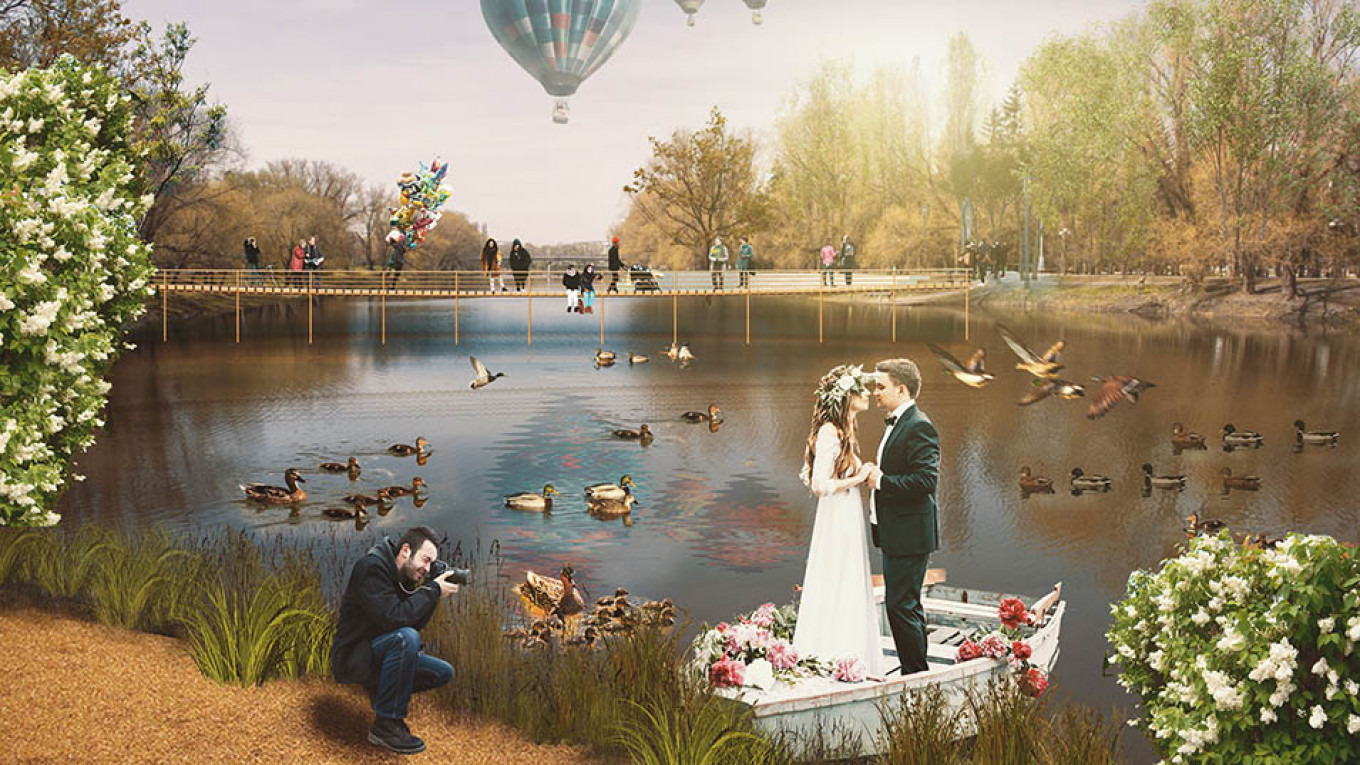 Stelka reimagines the river embankment in the center of Belgorod. KB Strelka

If it had, perhaps Knyazhensky himself would not have recently moved away from Ivanovo to Moscow (though he does remain a consultant on several projects).

“It was mostly about career development,” he says.

Another major obstacle for smaller cities, says Puzanov, is the centralization of Russia’s budget: the capital’s allowance totals nearly 25 percent of the rest of the country’s regions put together.

Natalia Zubarevich, an expert in Russia’s regions, estimates that in the first half of 2018 Moscow spent 112 billion rubles on urban renewal, compared with the rest of the country’s 170 billion combined.

This is also why she believes that the way blagostroistvo funds are distributed—about two percent of regional budgets, she estimates—is for short-term political gains. As Sharepov, the computer science student in Belgorod, quipped, “The governor was trying to get re-elected.”

The Construction Ministry and Russia’s Federal Agency for State Property Management have also shelled out for Strelka to train young architects, city planners and local officials across the country. Already, they have traversed the nation to see how blagostroistvo is chugging along. They also traveled to Europe this fall to study city planning there. The plan is for them to then return to their home cities to continue spreading the gospel.

“Right now it’s embarrassing to invite anyone to visit our city,” says Marina Kuklina, 30, who works in the city planning and architecture department of Perm, a city in the Urals. “Of course Russia has a long way to go, but we seem to be starting to head in the right direction.

”Whether the investment in young specialists pays off, however, is up in the air.

“I do want to help improve Tyumen,” says Alexander Vasilyukha, 22, of his Siberian home city. “But there are better opportunities [in Moscow] and a lot of my friends have moved there.”

Others say they are considering looking beyond Russia’s borders.

“I could make three times as much money in China as I can in Russia,” explained Bakhtiyor Tirzakaritov, a 29-year-old architect in Vladivostok.

For Zubarevich, blagostroistvo is ultimately a false idol when it comes to ending Russia’s brain drain. “Look how much they’ve developed Moscow, and people keep leaving anyway,” she says.

Earlier this year, university researchers found that some 100,000 Russians are leaving the country every year. Of those who have left, 40 percent had graduated from higher education institutions.

A quarter of Russian emigres who spoke to the researchers said politics had played a role in their decision to leave. According to the researchers, the number has risen since the “disappointment after the 2012 elections” when Putin was re-elected in what were widely considered to be rigged elections. Russia’s annexation of Crimea from Ukraine was another push factor.

Other emigres said they left for economic reasons, with Russia struggling to pull itself out of recession since mid-2015. Those respondents identified fewer opportunities for employment, career development and lower salaries.

Nonetheless, some city planners have bought into the blagostroistvo model.

“If we make it feel like Europe,” Kuklina says of Perm, “maybe people won’t want to leave to see it.”