Crimeans Take to the Streets in Celebrations, in Photos 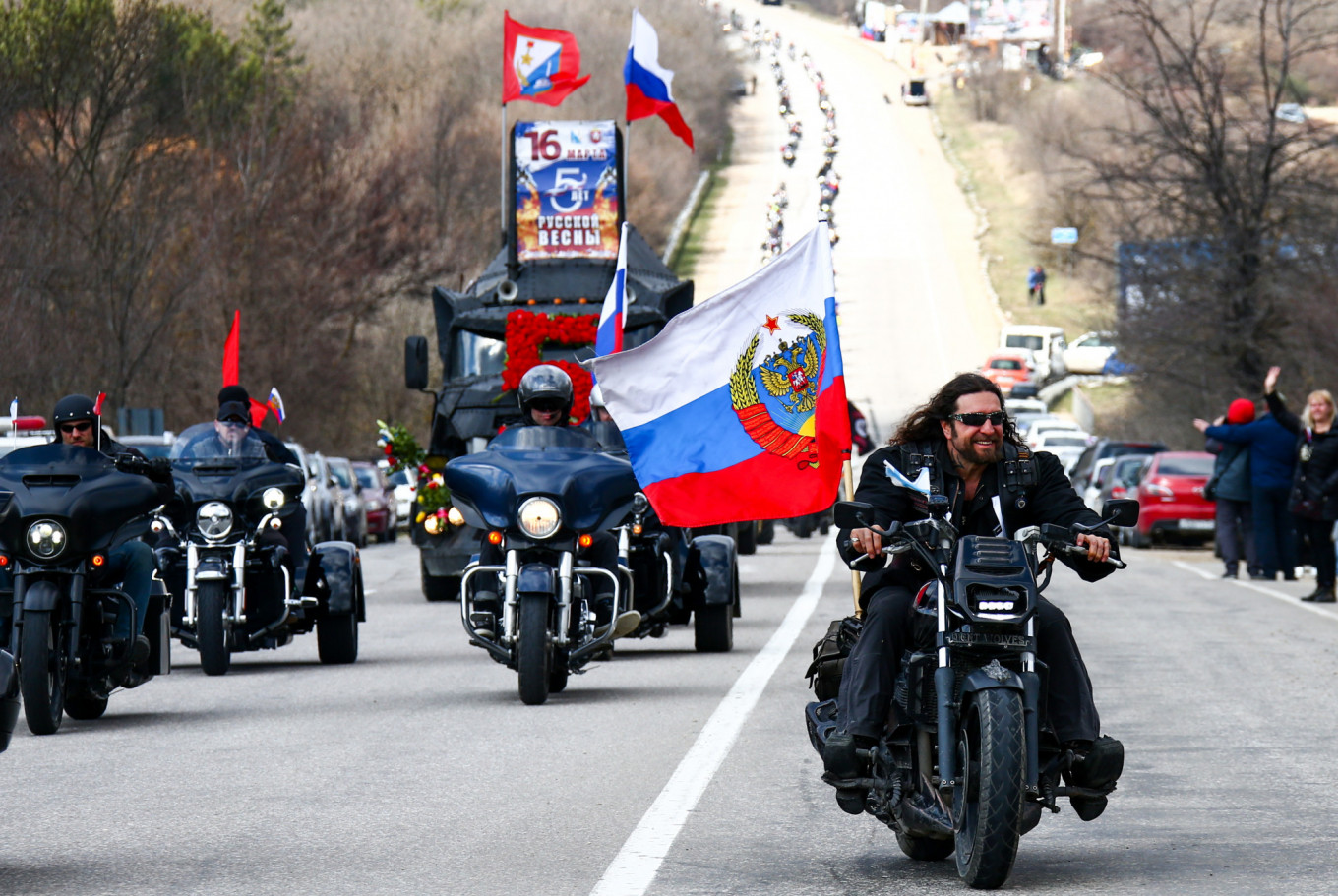 The pro-Kremlin Night Wolves motorcycle gang staged a celebratory concert outside Sevastopol on Saturday to mark the fifth anniversary of Russia’s annexation of Crimea.

The event was marked by patriotic fervor and featured a display of military equipment, a rock concert, the unfurling of the largest Russian flag in the world and an awards ceremony for individuals who helped Russia’s takeover of the peninsula from Ukraine in March 2014.

Medals were handed out to Cossacks, militiamen, officers from Ukraine’s notorious Berkut special police forces, as well as an Orthodox priest and a Russian state journalist.