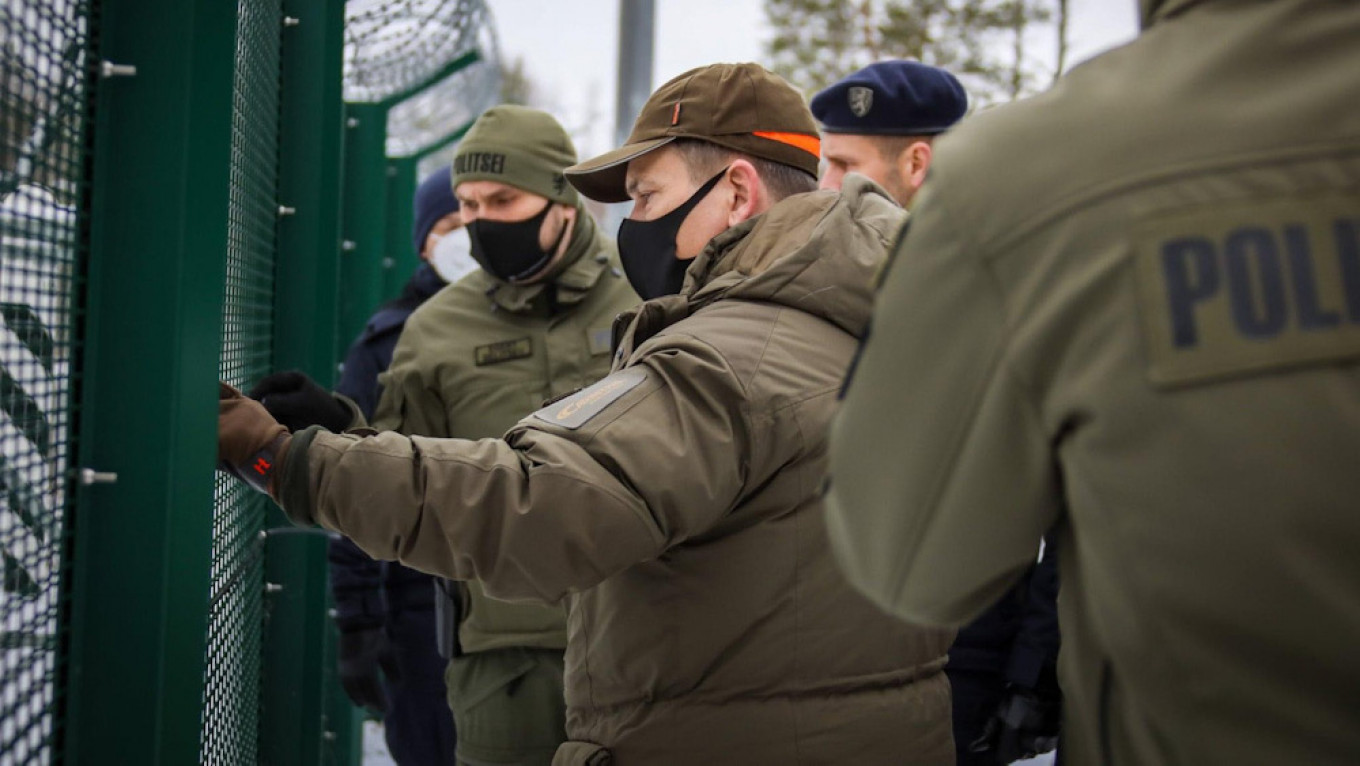 Estonia has installed a barbed-wire fence along an 8-kilometer section of its border with Russia in the first installment of its three-year border infrastructure project, media in the Baltic country reported Monday.

Estonia began construction of border infrastructure stretching 23.5 kilometers from the Estonian-Latvian-Russian meeting point to the Luhamaa border crossing further north in July. In addition to a barbed-wire fence, the EU and NATO member plans to build patrol roads and surveillance equipment along the border.

“There are elements that need to be added, but the fence itself is already standing,” Egert Belitšev, a senior Estonian police and border guard official, told the ERR broadcaster.

“Of course, the builders encountered small surprises, but nothing insurmountable. The construction firm has done a good job and is moving at a fast pace,” Belitšev was quoted as saying.

Estonia’s interior minister Alar Laneman hailed the “practical and … very big symbolic and political significance” of the border section between countries whose ties have soured since Moscow’s 2014 annexation of Crimea.

“Practically speaking, this is the European Union and NATO’s external border and we all understand that a well-equipped border furnished with the needed technical means and secured is very important for Estonia and the EU to live safely,” Laneman was quoted as saying.

Estonia is the only NATO member that lacks a ratified border treaty with Russia despite the terms of an agreement signed in 2005 and a deal signed by foreign ministers in 2014. Lawmakers have refused to ratify the border agreement over a dispute surrounding a 1920 Russian-Estonian border treaty undergirding Tallinn’s territorial claims, which Moscow rejects.