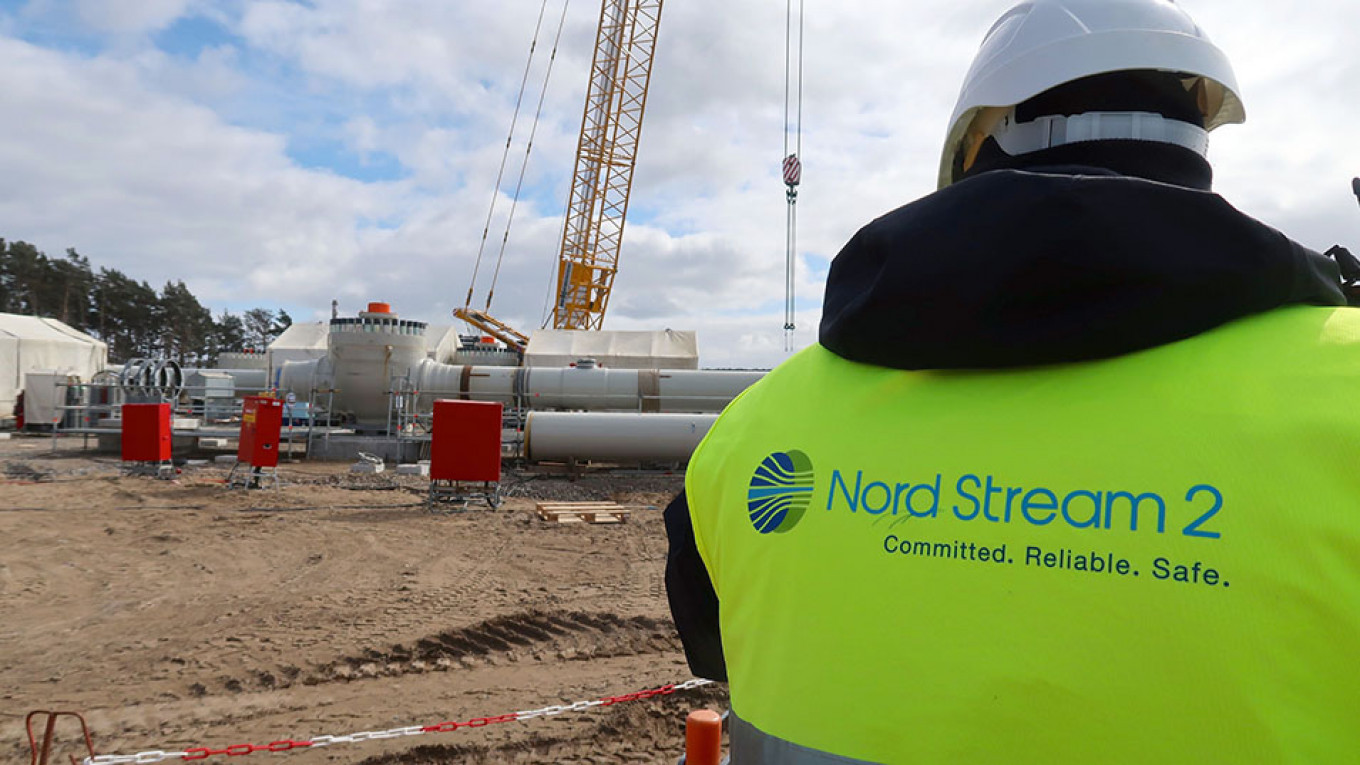 The United States wants to sell more of its gas to Europe and has said the pipeline would make the continent too reliant on Russia, which is at loggerheads with Washington over a series of issues, including Moscow’s interference in Ukraine.

Russian Prime Minister Dmitry Medvedev, however, said on Monday that the pipeline would be completed in a matter of months despite the U.S. sanctions.

Following is an explanation of why Washington’s move may have come too late:

WHAT IS NORD STREAM?

Nord Stream 1 has been supplying Russian gas to Europe since 2011 down two adjacent pipelines each 1,224 km (761 miles) long with a combined capacity of 55 billion cubic metres (bcm).

Construction Nord Steam 2 started in 2018. It too will have twin pipelines with a combined length of 2,460 km and capacity of 55 bcm, enough to provide power to 26 million of households.

Nord Stream 2 has the green light from all the relevant European countries and all that remains to be completed is a 160 km stretch near the Danish island of Bornholm.

Before Washington announced sanctions on the companies building Nord Stream 2, Russian officials had said it would be up and running before or around the middle of 2020.

WHAT HAS HAPPENED SINCE TRUMP ANNOUNCED SANCTIONS?

Swiss-Dutch company Allseas, which was laying the pipeline using two vessels – Pioneering Spirit and Solitaire – suspended work to avoid U.S. sanctions. Allseas was expected to lay 96% of all the pipes needed for Nord Stream 2.

According to Refinitiv Eikon data, the two vessels are now on course for the port of Mukran on the German island of Rügen, where the pipe sections ready to be laid are stored.

Pioneering Spirit can lay pipes at an average speed of 5 km a day, meaning it would have finished the project in about a month if not for the U.S. sanctions.

Saipem’s vessels Castoro Sei and Castoro Dieci have also taken part in laying pipes but they are not working on the project at the moment.

HOW CAN RUSSIA COMPLETE THE PROJECT?

In 2016, Gazprom bought a special pipe-laying vessel called Academic Cherskiy to be used as a last resort if European companies stopped working on Nord Stream 2.

A Gazprom source said Cherskiy’s average pipe-laying speed is slower than the Pioneering Spirit but did not provide a specific estimate. According to Refinitiv Eikon data, Cherskiy is currently based in the Russian Pacific port of Nakhodka.

It would take about 45 days for Cherskiy to reach the Bornholm area via the Suez Canal or about 37 days using the alternative Northern Sea Route in the Russian Arctic, though it would need to be accompanied by an icebreaker.

Russia has another vessel, the Fortuna, which built the first 13 km of the pipeline in shallow waters off the Russian Baltic Sea coast. According its owner MRTS the vessel is able to lay pipes at the depth of up to 200 metres.

The U.S. sanctions target companies providing vessels laying Nord Stream 2 pipes at depths of 100 feet (30 metres) or more below sea level. Nord Stream 2 declined to comment on the depth of the sea for the last stretch. The Bornholm Basin has sea depths ranging from 20 metres to 80 metres.

HOW LONG WILL IT TAKE?

Medvedev said it would take Russia a couple more months to complete the project, adding that he saw nothing “catastrophic” in the sanctions as Moscow and Kiev have just agreed a new five-year transit deal to ship gas to Europe via Ukraine.

Gazprom declined to comment on how it plans to finish the pipeline.

Allseas told Reuters: “Our construction vessels left the Baltic Sea on Saturday evening and are currently being demobilised.”