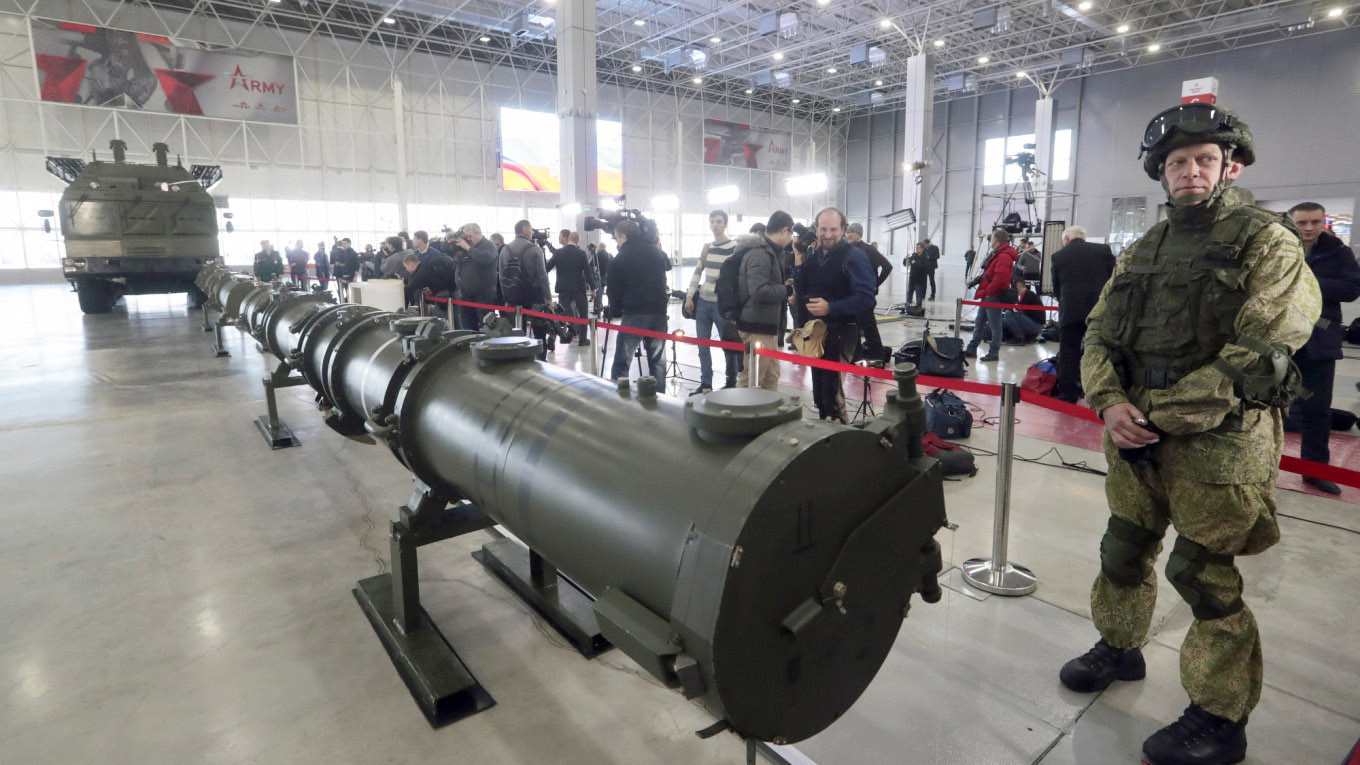 Russia and the United States drew closer Friday to extending a nuclear pact ahead of the fast approaching expiry date of the last arms control accord between the former Cold War rivals.

The New START treaty, which is due to expire on Feb. 5, is seen as a rare opportunity for compromise between Moscow and Washington, whose ties have further deteriorated over recent cyber hacking and election meddling allegations.

The accord restricts Washington and Moscow to a maximum of 1,550 deployed nuclear warheads each, a cut of about 30% from a limit set in 2002, and 800 launchers and bombers — enough to blow up the world many times over.

The Kremlin on Friday welcomed a U.S. proposal to prolong the pact by five years, but cautioned that any extension would depend on the specifics of the offer.

“We can only welcome the political will to extend this document,” Kremlin spokesman Dmitry Peskov told reporters, but warned that “everything depends on the details of this proposal.”

The comments from President Vladimir Putin’s spokesman came a day after the White House said Washington would work towards a five-year extension.

White House press secretary Jen Psaki said efforts to find an agreement were all the more pertinent when “the relationship with Russia is adversarial as it is.”

The cautiously optimistic rhetoric emerging from Moscow and Washington comes against the backdrop of deeply strained ties and Biden’s campaign promise to take a tougher stance on Russia than the previous White House administration.

Lawmakers in the U.S. demanded punishment for Russia last year after concluding that Kremlin-backed hackers were behind a sweeping cyber intrusion into government institutions.

The most recent claims added to U.S. intelligence conclusions that Russia meddled in the 2016 election to back Biden’s predecessor Donald Trump, including through social media manipulation.

Despite his promise to take a harder line on Putin compared to Trump, Biden’s aides voiced support for reaching an accord with Moscow before his inauguration.

NATO Secretary General Jens Stoltenberg on Friday welcomed Biden’s proposal, saying: “We should not end up in a situation where we have no limitation whatsoever on nuclear warheads.”

“I don’t see the treaty’s extension as the end, but the beginning of an effort to further strengthen international nuclear arms control,” he said in a statement.

“So agreements that cover more weapons and also include more nations like China should be on the agenda in the future.”

Talks on the nuclear arms reduction agreement last year had stalled over Trump’s insistence that China also become a party to the pact, even though Beijing — whose nuclear programme is quickly growing — made clear it would not participate.

The Trump administration voiced willingness for a one-year extension ahead of the deadline but talks broke down over US insistence on tougher verification that Russia has frozen its nuclear work.

Putin himself offered Trump a five-year extension, the maximum allowed under the treaty that was signed in 2010 in Prague by Barack Obama and Dmitry Medvedev.

Peskov reiterated Friday that while Russia “certainly stands for the preservation of New START,” previous US conditions for an extension “absolutely did not suit us.”

During Trump’s tenure, the United States withdrew from two major international accords — the Iran nuclear deal and the Open Skies treaty — and pulled out of a centrepiece arms control agreement with Russia, the Intermediate-Range Nuclear Forces (INF) treaty.

Former Soviet leader Mikhail Gorbachev, who brokered the INF treaty with Reagan in 1987, this month called on Russia and the US to extend New START and work together to agree further cuts to the countries’ nuclear stockpiles.