It’s time to visit the Kremlin, the official residence of the Russian president and the oldest part of Moscow.

The highlights here is the Assumption Cathedral with its five golden domes. As you walk the grounds, check out the

The history of Moscow Kremlin goes back to olden times. The first written record of Moscow Russia dates back to 1147, to the reign of Great Prince Yuri, Vladimir Monomakh’s son. He was nicknamed “Dolgoruky” (Long-armed), which means, one reaching out for other principalities, for his unification policy.

Yuri Dolgoruky is the founder of Moscow and in commemoration of this an equestrian statue by the sculptor S.V. Orlov was erected in Tverskaya Street in 1954.

Moscow Kremlin is situated in the very center of the capital of Russia. Its monumental walls and towers, golden-domed cathedrals and ancient palaces stand high on the Borovitskiy Hill above the Moskva River forming a magnificent architectural ensemble.

Under Dmitry Donskoy in 1367-1368, the white-stone walls and towers of the Kremlin were erected. Moscow began to be called “white-stone”. In 1485-1495, Moscow Kremlin was totally rebuilt. It was then that the first brick buildings appeared there and it largely acquired its present appearance and dimensions. Kremlin wall view is breath taking.

At the beginning of the 18th century, Peter I transferred the capital of Russia to St.Petersburg, however, according to tradition, the Russian tsars were coronated in Moscow.

In 1917 the Soviet government transferred the Russian capital back to Moscow. Kremlin Moscow Russia became the seat of the highest state bodies, a sort of preserve, where only those who lived or worked there were admitted. It was only in 1955 that its unique museums have again become accessible to everyone. Church services have recently been resumed in the old cathedrals and the Kremlin bells which have been silent for over 70 years have come to life.

One of the most remarkable exhibits of the Kremlin museums linked to the genealogy of Russian princes is the Cap of Monomakh, the Russian Tsars inherited crown. It even became proverbial. There is a saying: “How heavy you are, the Cap of Monomakh!” meaning the heavy burden of responsibility. Since time immemorial the Moscow Kremlin has been the centre of Russian statehood, the residence of Russian tsars and hierarchs of the Russian Orthodox Church. 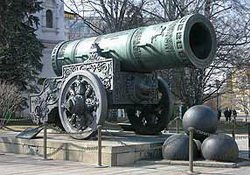 If you are considering a visit Moscow Kremlin, its museums and take a Kremlin tour you can get all necessary information on this page. Just FYI, I would take whole day for the Kremlin sightseeing.

Let’s start from how to get to the Moscow Kremlin

The Moscow Kremlin’s territory and museums open daily, except Thursdays, from 10:00 to 17:00. The Armoury Chamber has seances at 10:00, 12:00 , 14:30, 16:30. If you want to visit the Kremlin and its museums on your own you can purchase tickets in the ticket offices located at the Kutafiya Tower, in Aleksandrovsky Sad (the Aleksandrov Gardens), the Armoury Chamber and Cathedral Square. Ticket offices are open daily, except Thursdays, from 9:30 to 16:30.


Explore World Heritage sites around the world at Expedia.com

*Based on some information from Moscow Kremlin official website.