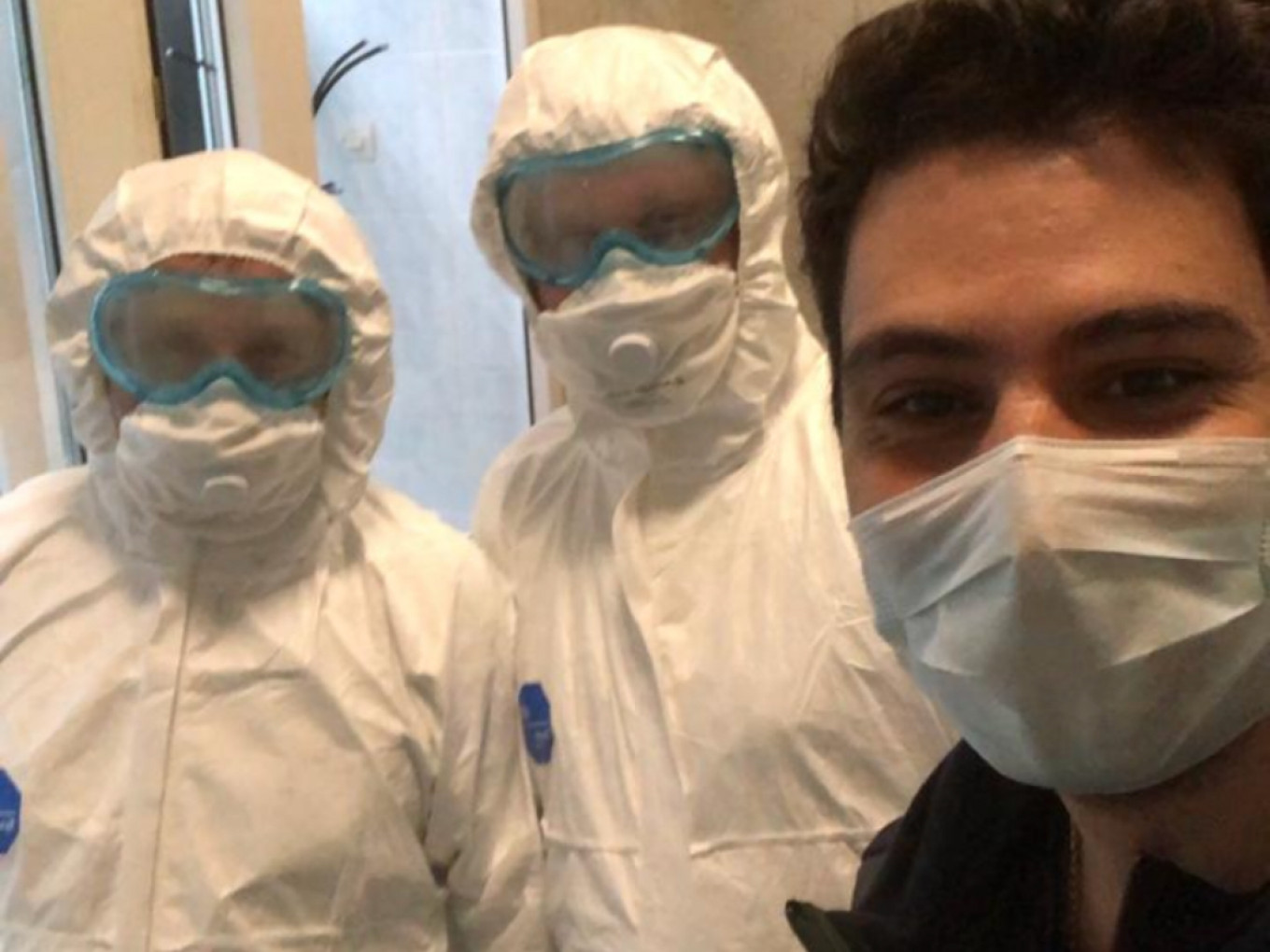 The patient, 29-year-old Moscow resident David Berov, traveled to northern Italy for a ski trip on Feb. 14 and returned on Feb. 23. On Thursday, feeling ill, he visited a local hospital, which transferred him to Moscow’s Infectious Diseases Hospital No. 1, a public hospital. There, he was placed in a room with five other men who had also recently returned from hubs for the outbreak: Italy, Iran and South Korea.

“When we got there we asked the medical staff why we are all lying together in the same room — any one of us could infect the others,” Berov told The Moscow Times by phone from the hospital. “They didn’t tell us.”

The hospital staff appeared to realize they had made a mistake. According to Berov, when the clinic’s head doctor called him on Sunday afternoon to give him the positive test result, she asked him not to mention to staff from Russia’s federal consumer protection watchdog Rospotrebnadzor, which would be doing its own test later in the day, that it had kept a group of suspected patients all in one room.

Berov also noted that the doctor said she did not know whether he had caught the coronavirus in Italy or from one of the patients with whom he had shared the hospital room.

In the days after he returned from Italy, Berov said that he was in close contact with family and friends, but avoided the office and his regular recreational sports activities.

On Sunday evening, the Baza news outlet reported that coronavirus tests in Russia go through three stages. The first test is done by the hospital, a second is conducted by Rospotrebnadzor and the third is then done by a medical center called Vektor located in the Siberian city of Novosibirsk. According to the outlet, which has close ties to security services, Berov’s Rospotrebnadzor test has come back positive and is now being sent for testing by Vektor.

On Monday afternoon, a doctor returned to Berov and said that they were having trouble confirming whether or not he had actually caught the virus. When the news of the confirmation that Berov has the coronavirus came through, he told The Moscow Times that he had not yet been informed.

One of the patients who was in the room with Berov, Aslan Subkhankulov, told Baza that medical staff had asked the patients not to tell anyone that they were kept together. Berov also told The Moscow Times that he and the five other patients were allowed to go to the bathroom unsupervised and roam down corridors frequented by other staff and patients. In a video shot by a patient in the hospital viewed by The Moscow Times, a doctor is seen walking down the hallway without protective gear.

“In an ideal world you would never put people who might just have the flu with patients who actually might have the coronavirus,” said Ian Brierly, who heads the virology department at Cambridge University in the UK. “In essence, it is not the right thing to do and not logical.”

Russia has taken measures to prevent the coronavirus, which has killed upward of 2,800 people worldwide, from crossing its borders. It has closed its 4,209-kilometer land border with China, where the outbreak began at the end of 2019, to most passengers, and limited flights between the countries. It has also suspended some flights between South Korea and Russia, banned some citizens from Iran from entering the country and started to round up stray animals.

But Berov’s case highlights how unprepared Russia’s teetering healthcare system is to combat a coronavirus outbreak, from hospitals not having effective quarantining procedures in place to clinics lacking the right testing equipment.

Asking to speak anonymously, another Russian national who was on the ski trip with Berov told The Moscow Times that they had returned to Moscow with a fever after the vacation. The person went to their local clinic Bud Zdorov — Be Healthy — and took a standard blood test. It came back negative.

“They said everything was fine, that it was just ordinary flu,” the person told The Moscow Times by phone from Hungary, where they are currently on a work trip. They have not yet been contacted by any health authorities.

But if the person was just given a standard test, that would not be enough to determine whether or not they picked up the coronavirus.

“The tests for the coronavirus are very specific — you can’t just check it at a normal hospital,” said Brierly. “Nasal and throat swaps are the best; blood is less effective.”

According to Berov, a third passenger who travelled with him to Italy has decided to “hide” from the authorities. The person did not answer calls from The Moscow Times.

On Feb. 26, Moscow resident Evgeniy Berg told the story of how he tried to get tested for the coronavirus after returning from Iran in a post on his Facebook page. A dozen clinics and labs told him they do not test for the virus. So he called Rospotrebnadzor, which said it would send a doctor to test him, but only if he had symptoms.

“Checking all suspicious patients is ‘impractical,’” Berg wrote that he was told.

Berov is now isolated in a separate room, as are the other patients.

Love in the Time of Coronavirus: Two Young Russians Start Dating in Quarantine

Late on Saturday evening, authorities had already kicked into gear in trying to limit the spread of the virus from the group of young people who were on the ski trip.

Berov’s older brother, Otar, 30, told The Moscow Times that he was contacted by hospital staff around 10 pm and told he would have to be tested for the coronavirus as soon as possible. They said it could be done at his home.

Around 1 am on Sunday morning, a police officer, a Rospotrebnadzor official and two members of the hospital staff arrived at his apartment in central Moscow clad in white protective suits and told Berov he would have to go with them to the hospital.

Now, Berov is also in the same hospital. So too are the brothers’ father, aunt and niece. Their mother, who was in Crimea, has been sent to a hospital there, the brothers said. On Monday morning, Otar Berov told The Moscow Times that his test had come back as negative.

On Sunday, the state-run RIA Novosti news agency reported that a Moscow amateur soccer league had cancelled a match between two teams over coronavirus worries. The Berov brothers play for one of those teams. (Full disclosure: So do the authors of this article.)