Rich Russians no longer welcome in London flock back to Moscow. 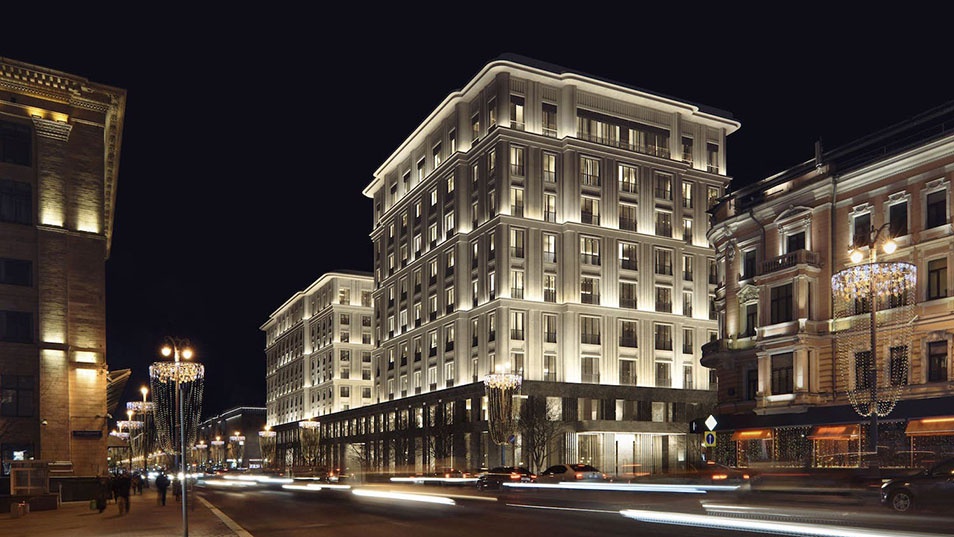 Their company, luxury apartment developer Vesper, is seeing a pickup in demand from wealthy Russians, as Britain’s anti-money laundering measures block many from London, once their favorite city.

In one way, Russian President Vladimir Putin is also a winner from the U.K.’s efforts as well as international sanctions imposed over Russia’s annexation of Crimea, the poisoning of former spy Sergei Skripal and his daughter in England, and Russian meddling in U.S. elections in 2016. Putin has called for years for his country’s rich citizens to bring their assets back to Russia. In the past two decades, Russians have been major buyers of property in Paris, London, New York and other international cities.

Now there are signs that sanctions and tightened anti-money laundering measures are having some effect. Last year, there were more than 1,000 luxury property sales in Moscow, up from 790 in 2017, totaling more than 77 billion rubles ($1.17 billion), according to broker Knight Frank. Luxury property markets in Moscow have held up well even as the economy has been in the doldrums since sanctions and demand for real estate in other global cities has cooled.

“If previously we had some kind of dogma that a wealthy person needs a house in London or New York, now it’s not a rare proposal from our clients to take their property in Chelsea as partial payment for a new apartment in Moscow,” said Azarenko, 41, the general director of Vesper, the biggest developer of luxury property in Moscow.

Russian Fugitive Flees London to Return Home. But Why?

Russia has plenty of rich people. There are at least 189,500 ultra-high net worth individuals in the country controlling about $1.1 trillion, according to Capgemini estimates. It’s also incredibly unequal. There are 26 Russians on the Bloomberg Billionaires Index, a ranking of the world’s 500 wealthiest people, worth about a combined $271 billion.

While Vesper builds new properties, such as its Brodsky building, most of its projects are massive renovations of Czarist-era properties. It redesigns them inside and out and adds amenities like built-in saunas, gyms, underground parking garages, and ornate, secure lobbies. Most of the buildings are in prime locations in the center of Moscow.

Vesper favors naming the properties after Russian writers. Bulgakov House is near Patriarch’s Ponds, the setting for the opening chapters of Mikhail Bulgakov’s novel “The Master and Margarita;” the Chekhov building is near the Chekhov Metro Station.

The six-story Nabokov, another newly built property, is named after writer Vladimir Nabokov, an avid butterfly collector, and features 150 brightly colored glass butterflies on the ceiling of the lobby. The vast white cube in the center of Moscow is covered in 42,800 bars of Portuguese limestone and has 14 units and a penthouse.

The partners’ strategy is typically to acquire century-old buildings cheaply and turn them into ready-to-move-in apartments, which is a new idea for Moscow. Gulrich House, an old mansion built in the early 20th-century by Gustav Gulrich in the heart of Moscow, was first renovated in this way.

One of Vesper’s recent project, named after Vladimir Nabokov, was built from scratch.

Priced at 1.9 million rubles ($29,000) per square meter, the apartments in Nabokov are about 10 percent cheaper than similar properties in Manhattan.

Azarenko said that prices haven’t changed much in dollar terms since sanctions were imposed in 2014, while the ruble has depreciated by about 50 percent since that time. He also said that buyers from information technologies, pharmaceuticals and agriculture have increasingly expressed interest, after the Russian government imposed measures limiting imports from Western countries in some of these industries.

Vesper expects revenue this year to grow by about 15 percent, thanks to limited supply and tightening of local construction rules.

“Despite sanctions and the state of Russian economy, you should understand that Moscow is the center of a huge country, and everyone wants to live here,” said Azarenko.