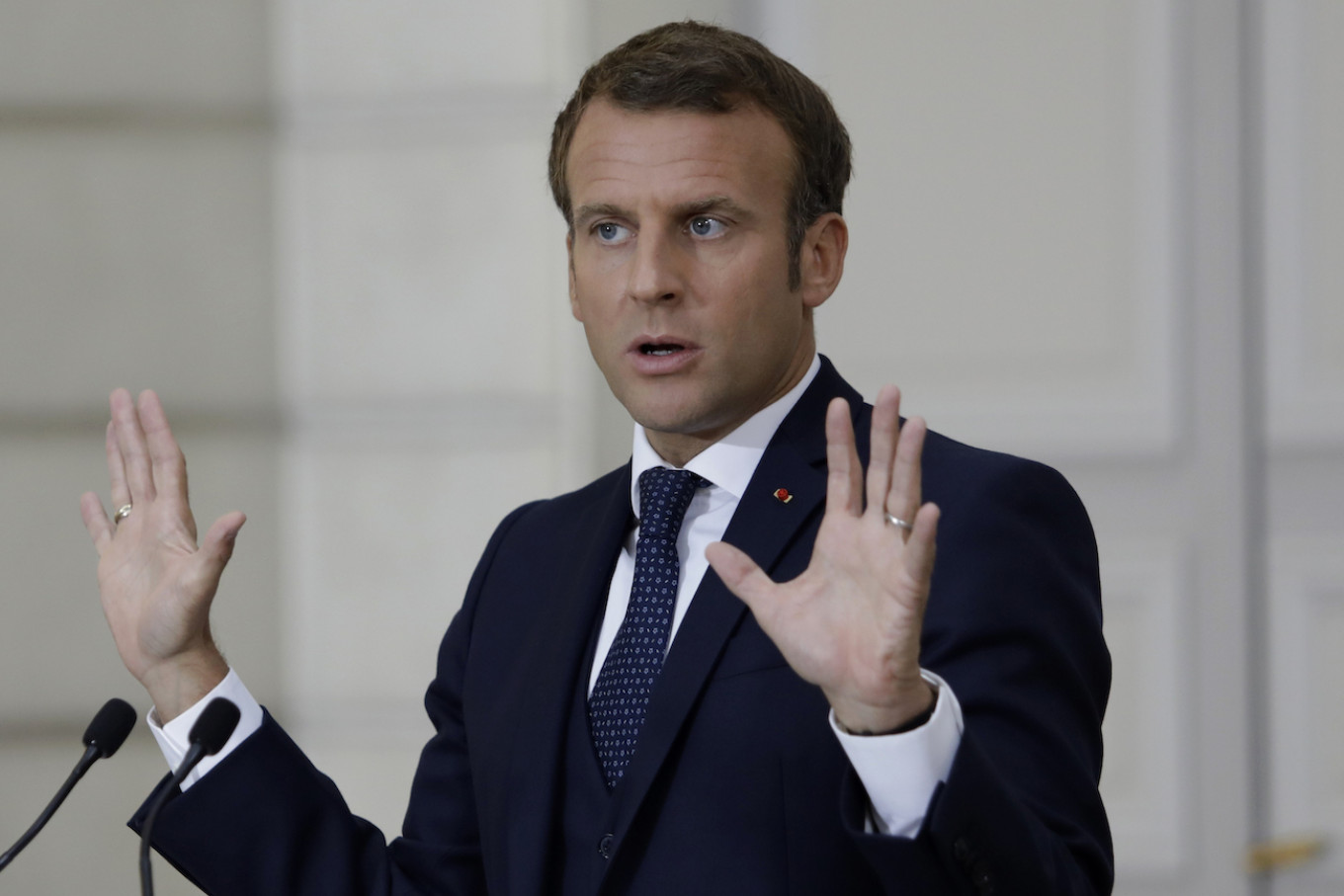 French President Emmanuel Macron is ready to meet with Belarus opposition leader Svetlana Tikhanovskaya on a visit to Lithuania, a government spokesman said Monday, in what would be a major show of support for the activist.

Tikhanovskaya, who fled to Vilnius after claiming victory in a disputed election, told AFP on Monday she had requested a meeting and called on Macron to help mediate in the crisis.

“The protests are not going to stop,” the 38-year-old said in an interview, adding that Belarus “badly needs” a dialogue between government and opposition in order to ensure there is “no more blood.”

A French government spokesman said Macron would meet with Tikhanovskaya “if she asks” during his three-day visit to Lithuania and Latvia starting Monday — the first by a French head of state to the Baltic region in two decades.

Ahead of his arrival in the Lithuanian capital Vilnius, Macron said it was clear that Lukashenko “has to go” after 26 years in power in the former Soviet republic.

He added he was impressed with the courage of protesters, who on Sunday staged their 50th day of demonstrations against Lukashenko since his disputed election win last month.

Belarusian police on Sunday detained around 200 people as tens of thousands took to the streets days after Lukashenko staged a secret inauguration.

Tikhanovskaya, whose blogger husband remains in a Belarus prison, also on Monday called for EU sanctions against businesses that support Lukashenko’s government.

But she emphasized that the EU should stop short of general economic sanctions as “ordinary people will suffer most” from them.

The French president would be Tikhanovskaya’s most high-profile meeting with an international leader so far since the election and the protests which she has helped inspire.

She has previously met with leaders in neighboring Poland and Lithuania, which have taken a lead in European diplomacy on Belarus, and with EU foreign ministers in Brussels.

The EU is considering personal sanctions against Lukashenko and other high-profile figures seen as responsible for the violent crackdown.

Lukashenko has also jailed or forced out most of the country’s prominent opposition activists.

On Monday, Belarusian writer Svetlana Alexievich — a Nobel Literature Prize winner who has faced official pressure for supporting the opposition — left the country for planned treatment in Germany.

“She will return to Belarus in a month. She is not dropping her (opposition) activities,” her friend Mariya Voiteshonok told AFP.

Macron will meet with his Lithuanian counterpart Gitanas Nauseda on Monday before visiting French troops stationed in the Baltic state as part of a NATO move to reinforce its eastern flank.