Navalny Kept in Custody Ahead of Sunday Protests 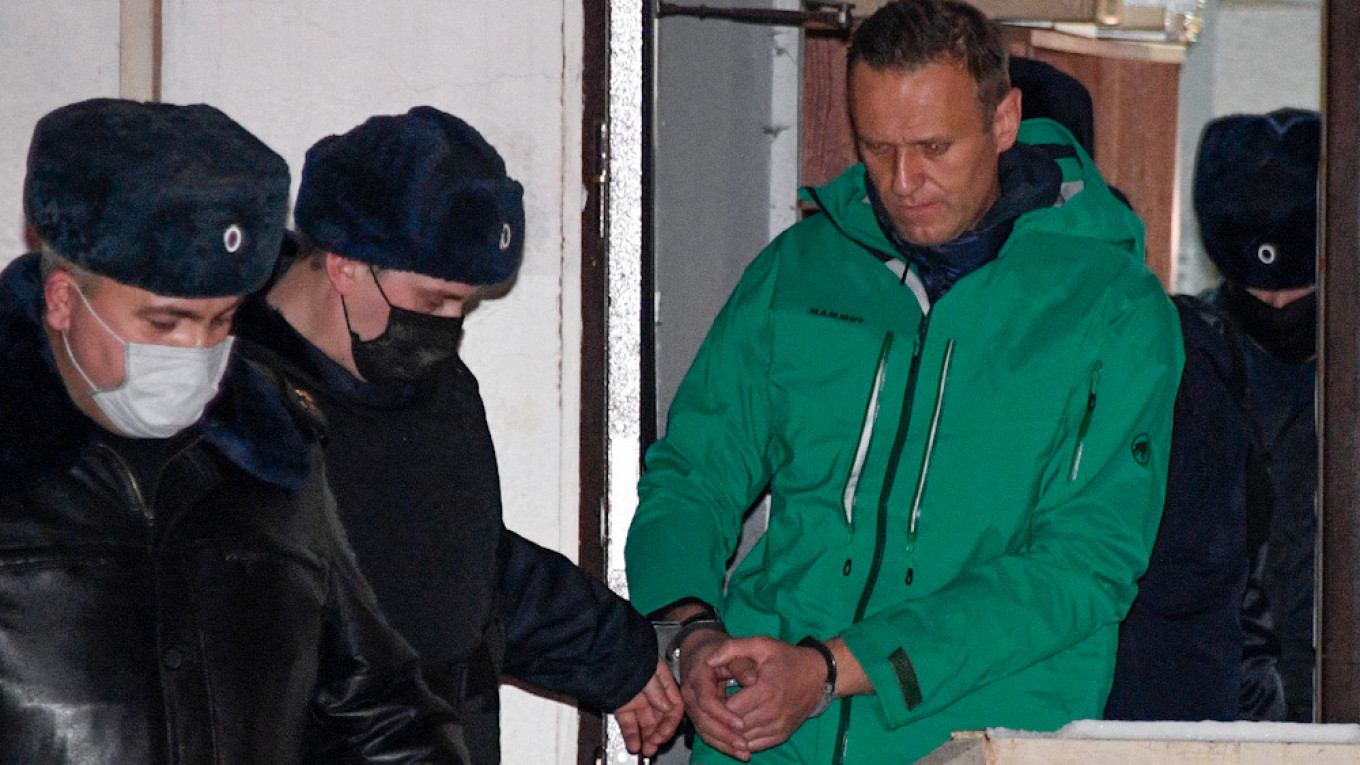 Navalny was placed in custody until Feb. 15 upon his return from Germany, where he spent months recovering from Novichok nerve agent poisoning that he blames on the Kremlin. Two days before his probation in a 2014 fraud case expired on Dec. 30, Russia’s prison service threatened to convert Navalny’s suspended sentence to a real prison term for failing to appear before probation officers while he was in Berlin.

Appearing at the hearing via videolink from jail, Navalny called the latest case against him a “demonstration of lawlessness.”

Navalny now faces up to three and a half years in prison at a court hearing next Tuesday into his 2014 Yves Rocher fraud sentence. Europe’s human rights court ruled in 2017 that Navalny and his brother Oleg had been arbitrarily convicted of fraud and money laundering in the Yves Rocher case.

Investigators last month also opened a criminal probe alleging that Navalny had misappropriated nearly $5 million of donations to his anti-corruption foundation. That charge carries a prison sentence of up to 10 years.

Navalny, 44, published a viral video investigation into President Vladimir Putin’s alleged billion-dollar palace and called for protests after being jailed on Jan. 18.

Tens of thousands of Russians took to the streets Saturday, with a record-breaking 4,000 protesters detained across more than 120 towns and cities.

Navalny’s allies, several of whom have been arrested and charged in connection with the demonstrations, plan to stage a second round of rallies this Sunday.