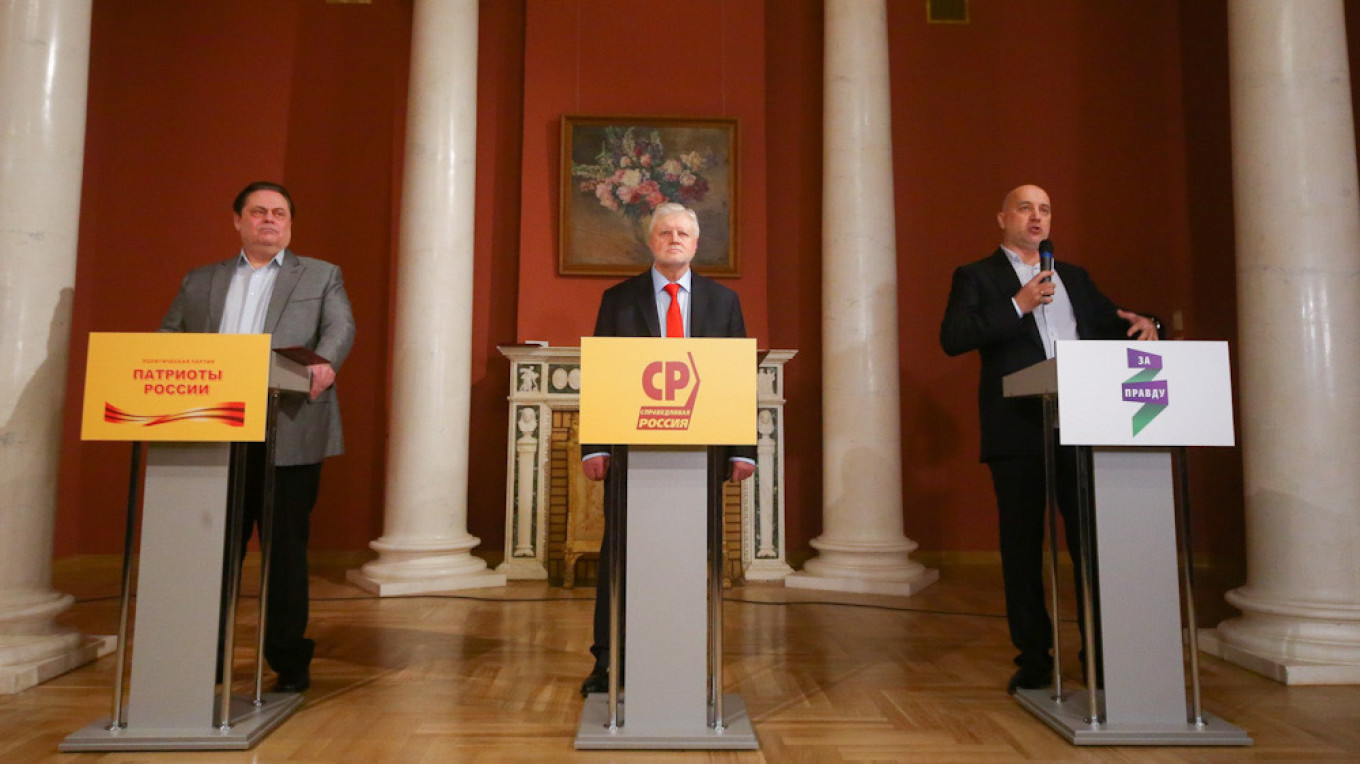 The leaders of the A Just Russia, For Truth and Patriots of Russia parties signed a unification manifesto to form the new A Just Russia — For Truth party.

It will be led by Sergei Mironov, who previously headed the A Just Russia party.

According to the unifying document obtained by the state-run TASS news agency, the new party will run on “12 principles of truth, patriotism and justice” which include “strengthening the role of the state in the economy, developing a progressive taxation scale, toughening punishments for corruption, increasing the minimum wage, pensions and social benefits, phasing out of the high school state exams and budget decentralization.”

The party merger comes ahead of this fall’s highly anticipated lower-house elections, in which the ruling, pro-Kremlin United Russia party looks to hold onto its majority of nearly 75% of seats.

The new A Just Russia — For Truth party plans to come in second after United Russia in the State Duma elections, TASS reported.

In the run-up to the September vote, opposition leader Alexei Navalny and his Anti-Corruption Foundation have heavily promoted their Smart Voting strategy which encourages Russians to vote for the candidate most likely to unseat the United Russia incumbent.

Observers have said the creation of several new political parties in recent months may be a Kremlin strategy aimed at lowering the Smart Voting strategy’s chances of success.