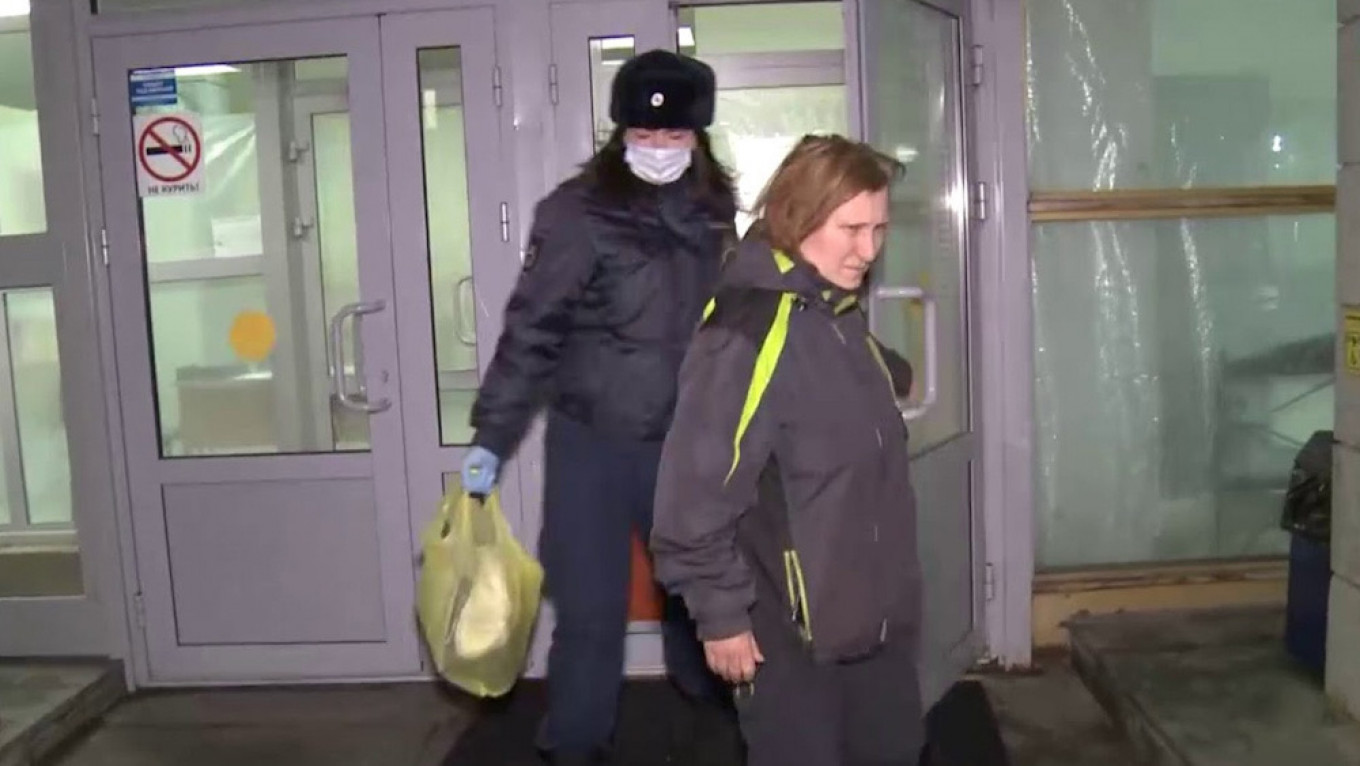 A protester kicked by police during a weekend rally in support of Kremlin critic Alexei Navalny in St. Petersburg was hospitalized for a second time after her condition worsened, her lawyer said Wednesday.

Margarita Yudina, a 54-year-old mother of three, was initially hospitalized Saturday evening after the rally before being released the next day.

Her lawyer Valeria Vetoshkina told AFP Wednesday that her “state of health worsened considerably and she was hospitalized again last night.”

Yudina’s case has become emblematic of police brutality during the rallies in support of Navalny, which took place in more than 100 cities in Russia and resulted in nearly 3,900 detentions — a single-day record.

Viral video showed Yudina falling backwards to the ground with her head hitting the pavement after a police officer wearing riot gear violently kicked her in the stomach during a protest in Russia’s second city.

In the video she can be heard asking the officer why he and his colleague were detaining a young man.

Vetoshkina told AFP that her client has since suffered from dizziness and headaches.

After her release Sunday, Yudina said she had accepted an apology from the police officer, who visited her while she was in hospital.

But in comments to AFP before she was re-hospitalized Tuesday, she said that she had done so because she “was lost, uncomfortable and very weak.”

“All day everyone asked me to forgive him. My only desire was to be left alone,” Yudina said.

After local media widely disseminated the video of her fall, the St. Petersburg prosecutor’s office said it was investigating the incident.

But on Tuesday, the head of Russia’s lower house of parliament, Vyacheslav Volodin, defended the police officer, saying that he was “being prevented from performing his duties.”

Later Tuesday, representatives of the prosecutor’s office and local authorities visited Yudina at her home.

Yudina, a resident of the town of Luga some 150 kilometers (90 miles) south of St. Petersburg, has announced her intention to file a complaint against the police over the incident.

She had traveled to Saint Petersburg to support Navalny and protest the government.

“I do not support the regime,” she told AFP.

Allies of the 44-year-old opposition figure have called for a new round of demonstrations this weekend.