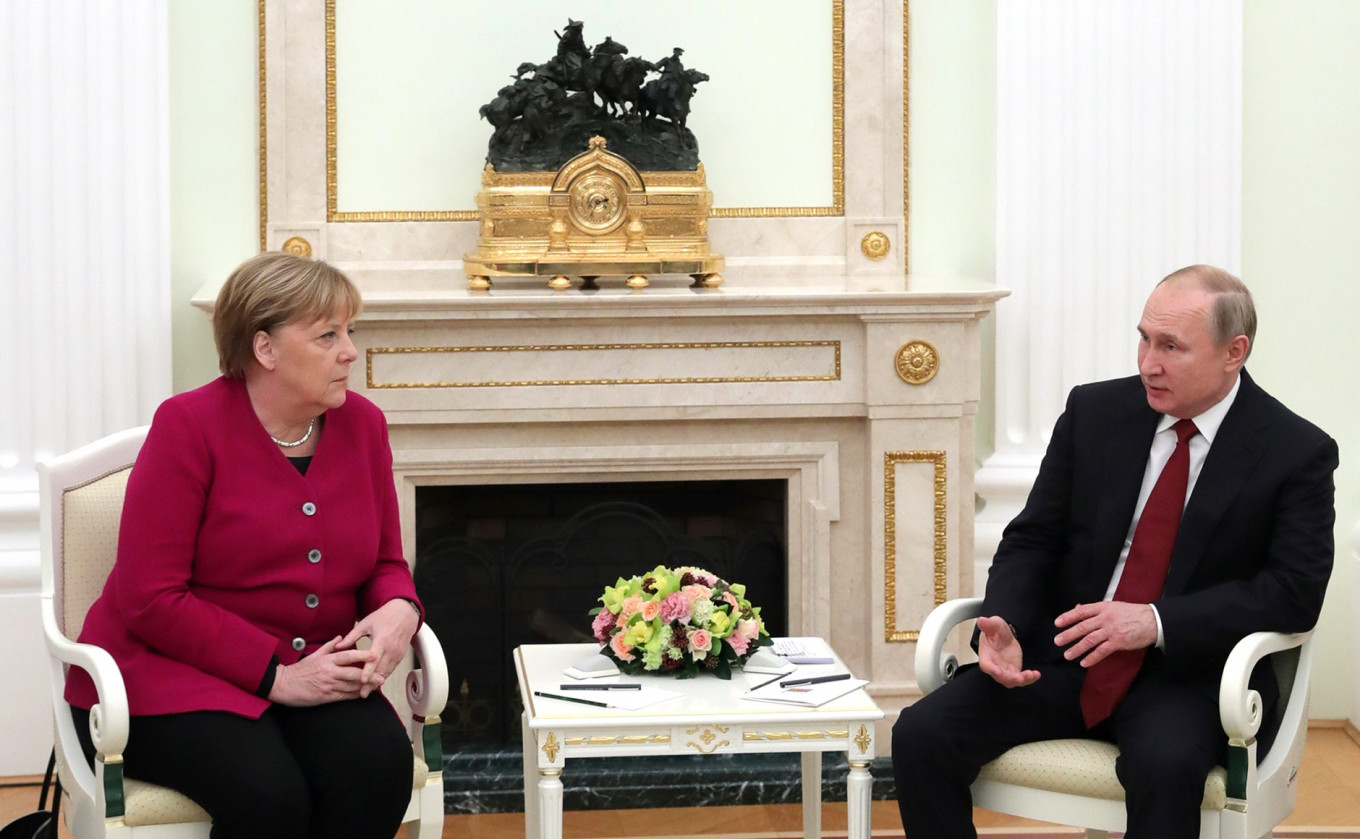 Navalny has recovered in Berlin after being poisoned with what Western governments say was the deadly Soviet-era nerve agent Novichok in August. The incident added another dent to an already tense relationship between Putin and Merkel, who share a long and complicated history, and led to EU sanctions on Russian officials.

The Kremlin’s readout of the call omits any mention of Navalny, only saying that the two leaders spoke on other “topical issues of the bilateral agenda.”

The two leaders also discussed the situation in Nagorno-Karabakh, the eastern Ukraine peace process and coordination on coronavirus vaccines, the Kremlin said.

Merkel and French President Emmanuel Macron have both called on Russia to provide answers after Germany said lab tests provided “unequivocal” proof that Navalny was poisoned with Novichok before he fell violently ill on a flight in Siberia. Berlin’s findings were confirmed by labs in France, Sweden and the Organization for the Prohibition of Chemical Weapons (OPCW).

Moscow maintains that Navalny was not poisoned and has refused to open a criminal investigation, complaining that Germany hasn’t shared its findings and that Navalny’s aides took potential evidence out of the country.