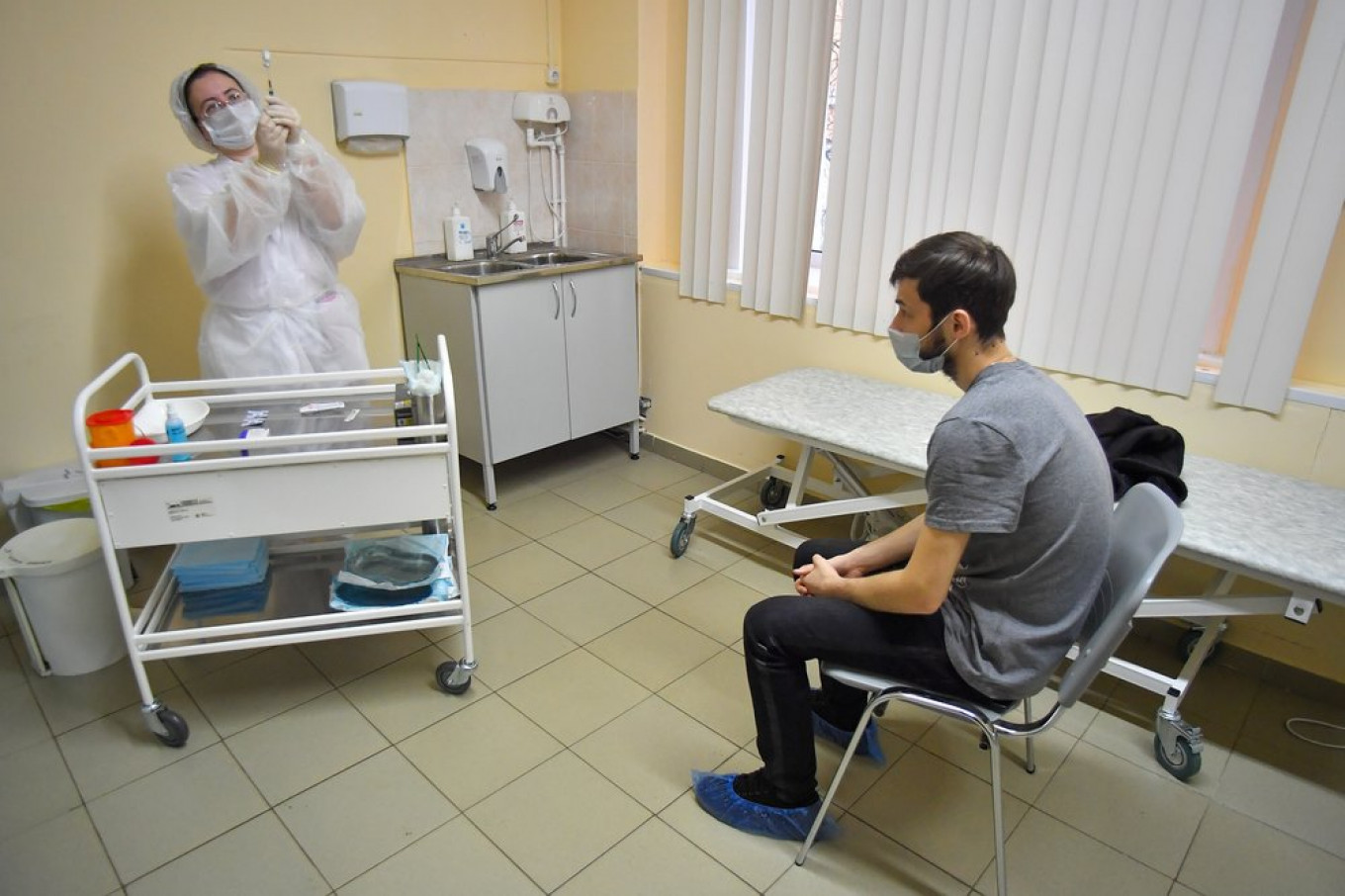 Moscow clinics are distributing coronavirus vaccines to anyone who registers without giving priority to high-risk groups in contradiction to officials’ orders, the Meduza news website reported Tuesday.

Moscow kick-started Russia’s nationwide vaccination drive over the weekend, with Mayor Sergei Sobyanin reporting that 2,000 volunteers have so far received the first of two Sputnik V jabs at 70 clinics. Health officials said the vaccination clinics were open to citizens from three main risk groups who come into contact with large numbers of people.

The outlet said it spoke to six people who were able to get vaccinated in Moscow and Moscow region hospitals between Saturday and Monday despite not being within the high-risk groups.

“Everyone is getting it, so come over,” Meduza, whose correspondent was able to sign up for the vaccine, quoted a clinic employee in the city of Khimki northwest of central Moscow as saying.

A correspondent for the Novaya Gazeta independent newspaper received Sputnik V in Moscow by claiming to be a teacher, Meduza wrote.

The volunteers reported visiting nearly empty clinics, with an unnamed source close to the Moscow Mayor’s Office confirming the lack of enthusiasm for the vaccine among those at higher risk of getting infected.

“Doctors still go back and forth, but teachers don’t believe in Russian science,” the source was quoted as saying.

Some doctors skeptical of Sputnik V are also known to illegally sell their own vials for 100,000 rubles ($1,356), Meduza cited an unnamed source close to the vaccine’s developers as saying.

Russia was the first country in the world to register a coronavirus vaccine with Sputnik V, which uses human adenovirus vectors and is administered with a three-week gap, in August while it was still being trialed. The vaccine, whose developers say interim results show 95% efficacy, is currently in its third and final stage of clinical trials with 40,000 volunteers.