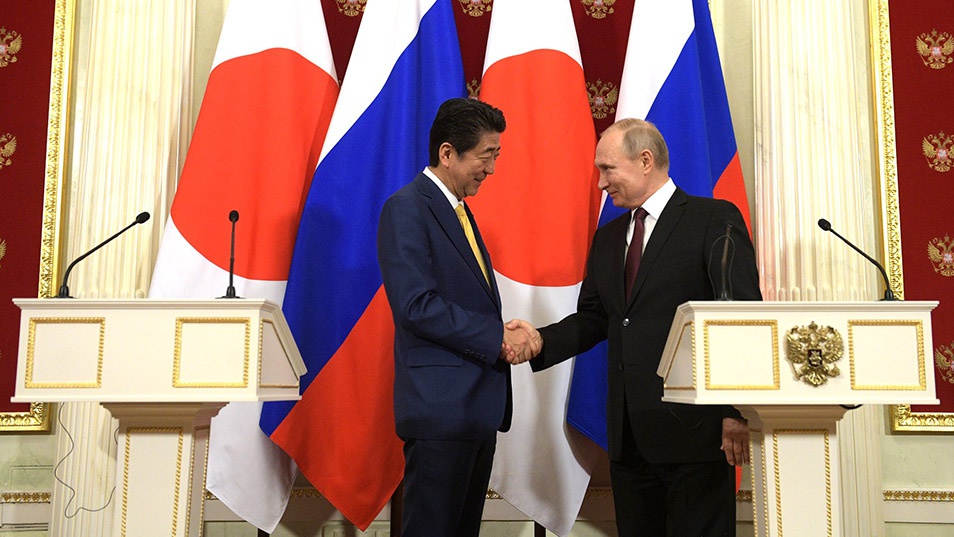 Shortly before Putin met Abe in the Kremlin for the latest round of talks on the dispute over a chain of islands in the Pacific Ocean, Russian police detained 11 people protesting against territorial concessions outside the Japanese embassy in Moscow.

The islands — known in Russia as the Kuril Islands and in Japan as the Northern Territories — were seized by Soviet troops at the end of World War II. Since then, Tokyo has been seeking their return.

Russia and Japan have still not formally ended World War II hostilities because of the dispute.

11 Russian Protesters Arrested in Moscow Ahead of Japan Talks

In prepared remarks to reporters after their talks, Putin and Abe both spoke of their resolve to try to find a solution to the dispute, but they offered few specifics on whether such a deal was close.

“Ahead of us lies painstaking work to create the conditions for us to arrive at a mutually-acceptable solution,” Putin said as he stood alongside Abe.

“Of course, solutions proposed by negotiators should be acceptable for the peoples of Russia and Japan, supported by the societies of both our countries.”

Opinion polls show that the majority of Russian people are opposed to the idea of Russia giving up control of the islands in order to achieve a deal.

Abe said he had agreed with Putin that the Japanese and Russian foreign ministers would meet in February to continue talks about a possible deal.

The Japanese leader also said an agreement was reached that the Japanese and Russian militaries would build closer ties.