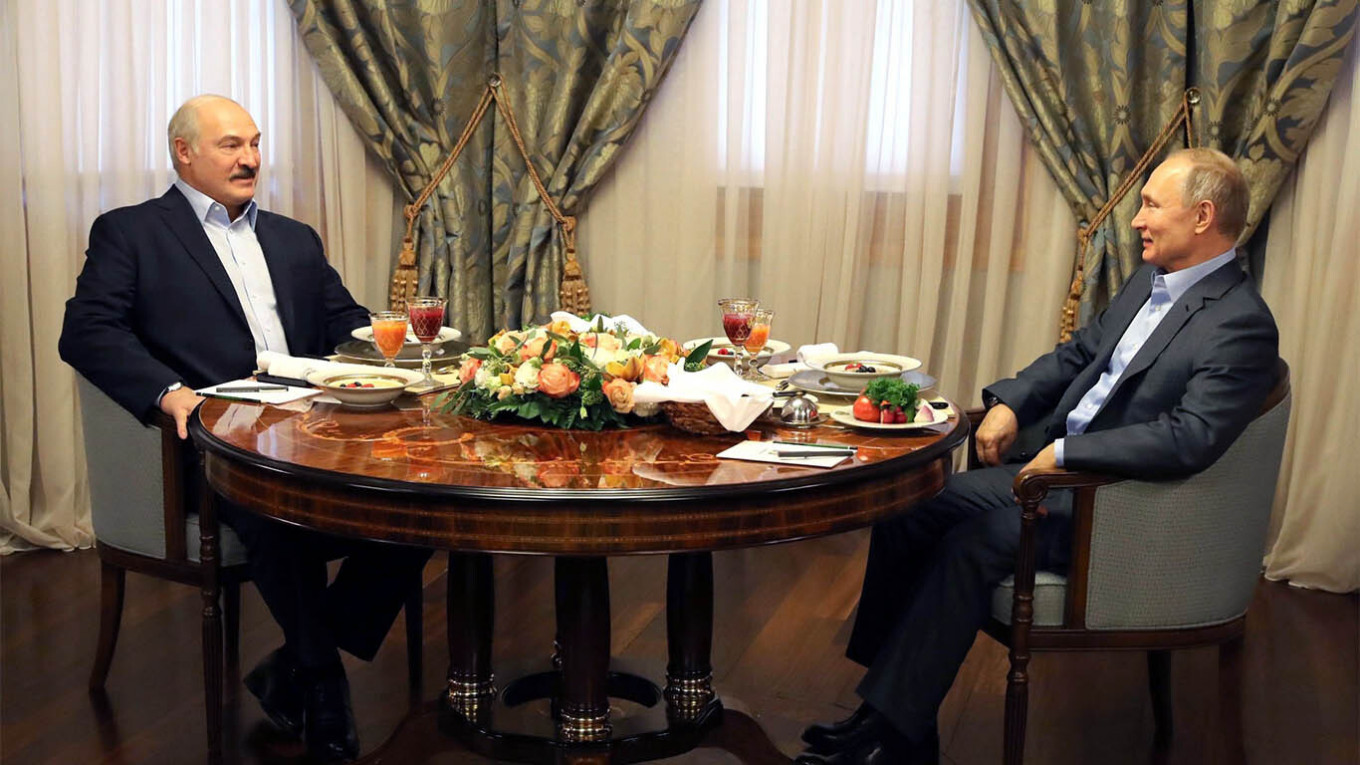 The Kremlin released a statement after a phone call between Putin and Belarusian President Alexander Lukashenko to discuss ties as Belarus ramped up tensions with its close ally ahead of the election.

The Russian leader was described as stressing Moscow’s “interest in retaining a stable domestic political situation in Belarus and holding the upcoming presidential poll in a calm atmosphere.”

Lukashenko is facing a strong challenge to his authoritarian regime from opposition candidate Svetlana Tikhanovskaya whose campaign has seen thousands rally on the streets calling for an end to his 26-year-rule.

The Kremlin said the leaders had an “exchange of opinions” on the detentions.

It said they expressed “confidence that the situation that has arisen will be resolved in the spirit of mutual understanding characteristic of cooperation between the two countries.”

Belarus has accused the men of seeking to destabilize the country by orchestrating mass disorder along with opposition leaders.

Russia has demanded that Belarus release the men whom it said had done nothing wrong.