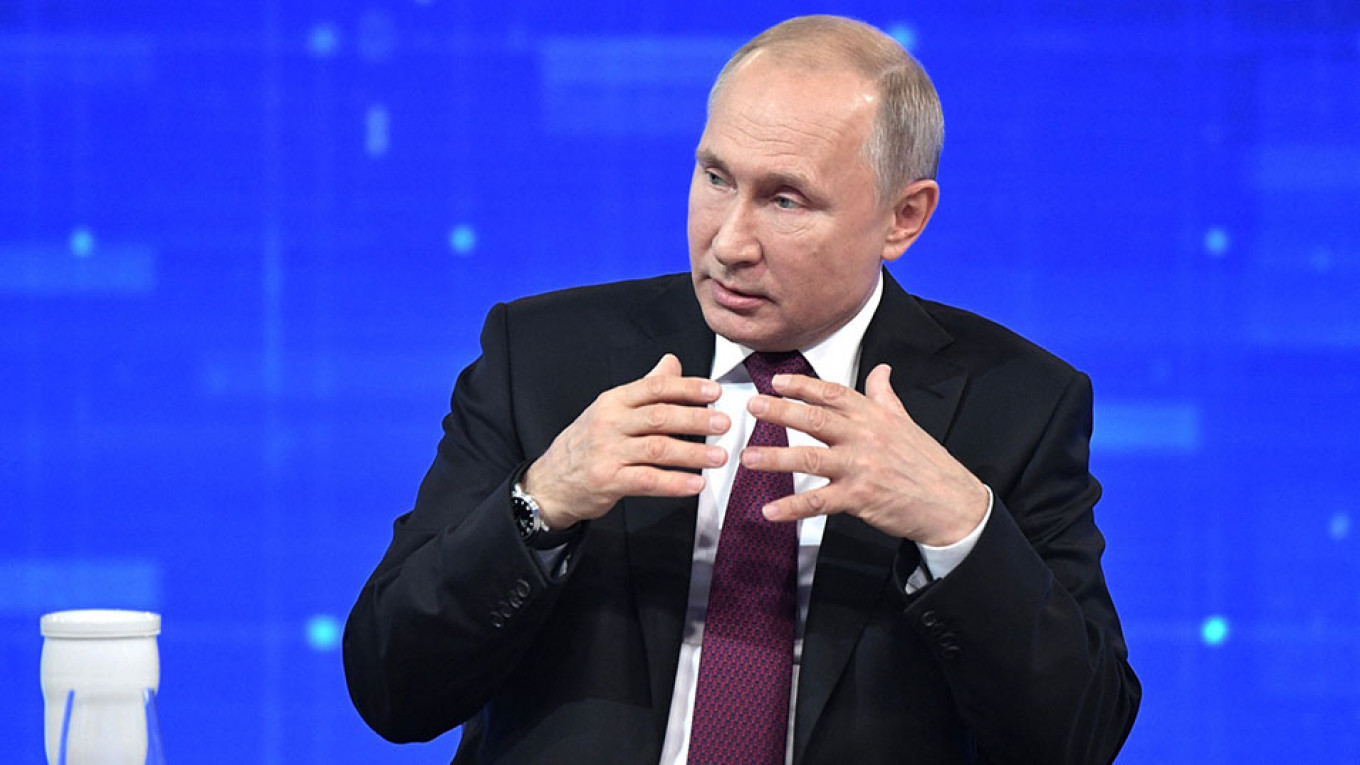 President Vladimir Putin insisted on Wednesday that Russia will weather the economic storm triggered by its oil standoff with Saudi Arabia and come out “stronger.”

“I am sure that Russia will get through this turbulent period with dignity, calmly,” Putin said during a meeting with investors.

“There are all the chances for Russia’s key industrial sectors to come out of this situation much stronger and ready for very serious competition,” Putin added.

“This will effect the Russian economy in a positive way,” he said.

Moscow last week failed to agree on oil production cuts within OPEC+, its alliance with the Saudi-led Organization of Petroleum Exporting Countries.

Russia’s stock exchange fell sharply on Tuesday along with the Russian ruble, its first trading day after a long holiday weekend, playing catch up with “Black Monday” when oil prices and stock markets around the world plummeted after Riyadh announced production boosts and unilateral price cuts.

The Russian leader said he is confident that the government and Central Bank have “enough instruments and enough resources to maintain stability.”

He praised those present at the meeting, which included the CEO of internet giant Yandex, Arkady Volozh, for working in “strategic” innovative sectors.

“We will do everything to create the conditions for your work, to guarantee your investments, to ensure their safety and minimize various risks,” he said.

Russia’s Energy Minister Alexander Novak on Wednesday said Moscow is continuing telephone negotiations with “many ministers” of OPEC and non-OPEC countries, but didn’t elaborate on any details or announce a new meeting.

The minister added that he plans to meet with Russian oil producers Thursday, to discuss the market situation and any planned production increases.