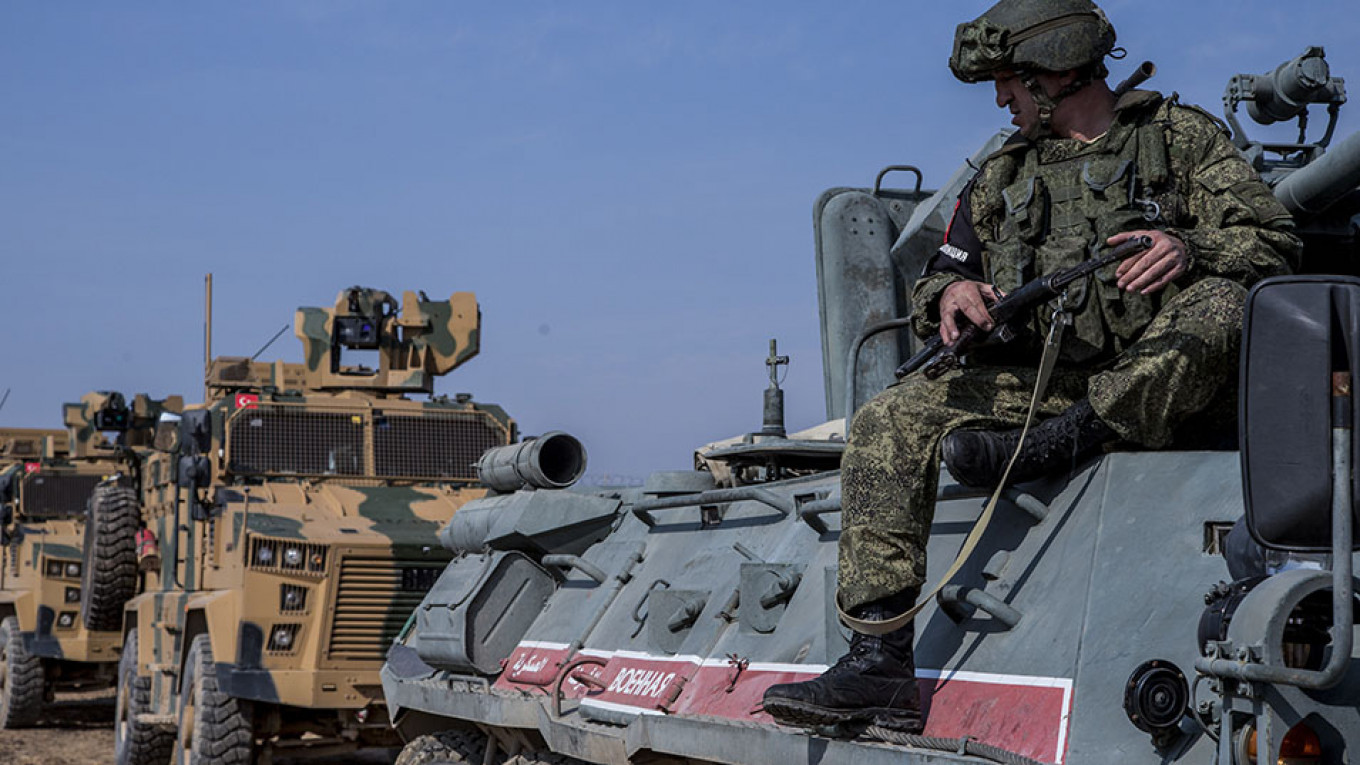 Russia’s Defense Ministry released a statement saying that it had warned the Defeat-ISIS Coalition in advance that a column of its military police would pass through.

“In spite of this, in breach of the existing agreements the U.S. troops attempted to block the Russian patrol” it said, adding that Russian military police took “necessary measures” to end the incident and carry on their mission.

The chief of the Russian General Staff, Valery Gerasimov, gave “full explanations” in a phone call with General Mark Milley, the chairman of the U.S. Joint Chiefs of Staff, Moscow said.

Videos shared on Twitter, apparently filmed by bystanders and the Russians themselves, appear to show Russian troop carriers and attack helicopters trying to box the U.S. vehicles in and then force them from the area, near Dayrick.

Vehicles appear to bump each other, and at one point — possibly at the beginning of the confrontation — one of the helicopters hovers very low over the halted Americans, blasting them with prop wash.

There were no details available from the NSC or Pentagon on how many crew were injured and what the extent of the injuries were.

He said the patrol departed the area to de-escalate the situation.

“Unsafe and unprofessional actions like this represent a breach of de-confliction protocols, committed to by the United States and Russia in December 2019,” said Ullyot.

“The coalition and the United States do not seek escalation with any national military forces, but U.S. forces always retain the inherent right and obligation to defend themselves from hostile acts.”

U.S. and Russian troops frequently interact in Syria, but confrontations have been rare.