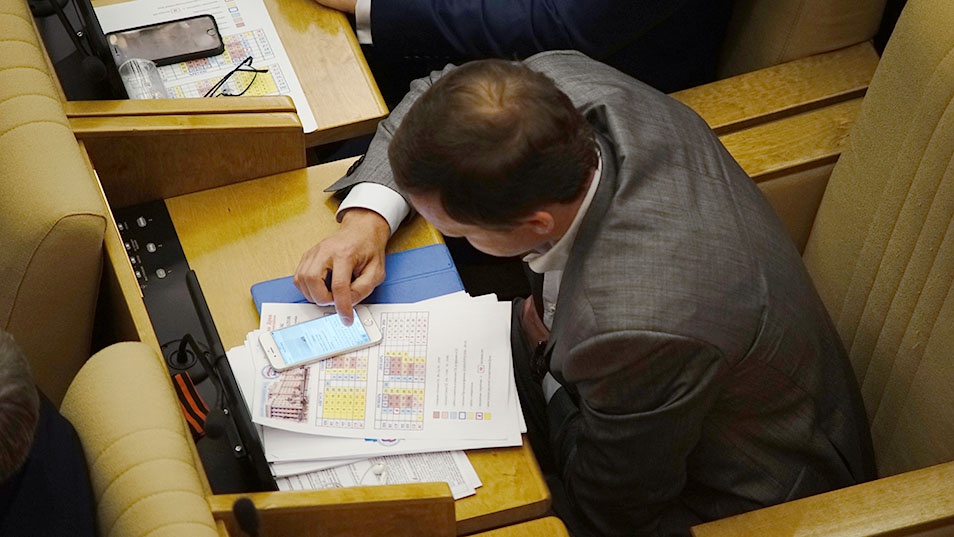 Russian lawmakers advanced a contentious draft bill on Tuesday that seeks to give the authorities the power to unplug the national internet network from the outside world.

Deputies submitted the measures to tighten state control over the internet in December, citing the need to respond to an “aggressive” U.S. national cybersecurity strategy. Although Russia’s state media regulator and major tech firms backed the steps to unplug from foreign servers, experts criticized the bill as being too vague and impossible to implement.

– Federation Council Senators Andrei Klishas and Lyudmila Bokovaya, along with State Duma deputy Andrei Lugovoi, drafted the bill and submitted it to the State Duma on Dec. 14.

– It drew fierce criticism from civil society groups over fears that it would lead Russia to follow China’s example in establishing an isolated internet landscape.

– On Tuesday, the State Duma voted 334-47 in favor of the draft bill in its first reading.

What is the proposal?

– Allow centralized control of all national internet traffic and minimize the “transfer abroad of data exchanged between Russian users.”

Is it even technically possible?

– Russia reportedly carried out drills in mid-2014 to test the country’s response to the possibility of its internet being disconnected from the web. Plans are reportedly underway to conduct similar tests at an unknown date by April 1.

– The secret tests reportedly showed that isolating the Russian internet is possible, but that “everything” would go back online within 30 minutes.

– Internet expert Andrei Soldatov cites the shutdown of mobile communications during protests in the region of Ingushetia last fall as a small-scale success. The draft bill, he says, will allow the security services to install the so-called “kill switch” for internet communications nationwide.

How much will it cost?

– Senator Klishas, the bill’s co-author, said upwards of 23 billion rubles ($350 million) have been earmarked for the bill.

– However, the Russian government’s expert council – which reportedly predicts major disruptions with the implementation of the bill – says the costs could skyrocket to 134 billion a year.

– Legal initiatives advanced by high-ranking officials have a history of success in Russia’s legislative process.

– Supporters note that the internet sovereignty bill will be significantly amended by March 13 before entering a second reading. The revised bill will then need to pass two more Duma votes, a vote in the upper-house Federation Council and secure the signature of President Vladimir Putin before becoming law.

What will it mean?

– Roskomnadzor will have an easier time blocking banned websites, according to The Bell business outlet. The Bell writes that if the Telegram messaging app enjoyed relative success in bypassing a 2018 government ban, this bill will allow Roskomnadzor to go after the app directly.

– “If the draft bill passes in its current form, internet providers and telecom firms will likely face new difficulties while users could see increased restrictions on internet freedoms,” the outlet writes.

– Nevertheless, the bill’s supporters are adamant that it aims to secure instead of shut down the internet in Russia.