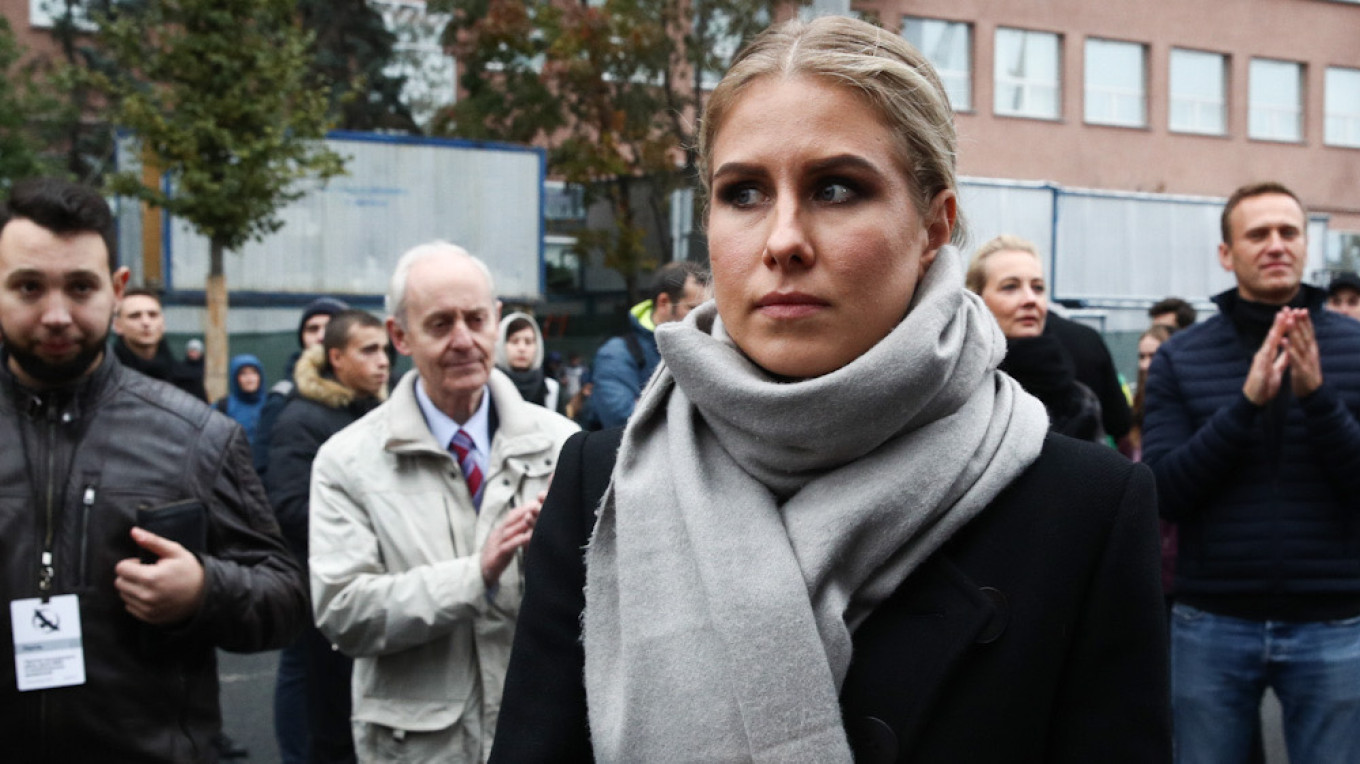 Russian authorities on Friday launched a criminal probe into an ally of Kremlin foe Alexei Navalny and raided her flat for allegedly threatening a man Navalny said took part in his poisoning.

Investigators accused Lyubov Sobol of trespassing “with the use of violence or a threat to use it” after she rang the doorbell of the alleged agent from Federal Security Service (FSB), the country’s main security agency.

Sobol’s lawyer Vladimir Voronin told AFP that the opposition activist was currently a witness in the probe but added that he expected Sobol to be charged later Friday.

Just after 7:00 a.m. on Friday, the 33-year-old opposition activist posted a video on Twitter from inside her apartment before going incommunicado.

In the video her seven-year-old daughter can be heard crying as someone pounds on the front door, demanding it be opened.

On Monday, Navalny said he had tricked an alleged chemical weapons expert with the FSB named Konstantin Kudryavtsev into admitting the domestic intelligence agency had sought to kill him this summer by placing poison in his underwear.

Later Monday, Sobol went to the Moscow apartment where Kudryavtsev is believed to live. She was detained by police at the scene and questioned for hours.

Sobol’s lawyer said the probe had been launched following a complaint from Kudryavtsev’s mother-in-law.

Western governments say Navalny, 44, was poisoned with the Soviet-era Novichok nerve agent in a case that has further dented Moscow’s relations with leading European countries and sparked mutual sanctions.

The FSB says Navalny’s call with Kudryavtsev was “fake” but has not denied that he works for the agency.

The Kremlin has admitted that security agents have tailed Navalny but denied any attempts to poison him.

Russian authorities have not opened a criminal probe into the opposition leader’s poisoning.

“You call a killer’s doorbell — they break down your door and take you in for questioning,” he wrote on his blog.

Sobol, a lawyer by training, has announced plans to run in parliamentary elections next year.

She rose to prominence in the summer of 2019 when she and other opposition politicians were barred from running for local council elections in Moscow.

The barred candidates spearheaded demonstrations in the Russian capital over their exclusion from the polls and Sobol also staged a month-long hunger strike in protest.

Kremlin critics have accused authorities of taking a crackdown on the opposition to new highs in recent months.

But Navalny, who is undergoing physical therapy in Germany, said late Thursday he was as optimistic as ever.

“I am absolutely convinced that we will prevail,” he said during a YouTube broadcast hosted by Sobol.

“And even though life puts a bit of pressure on us we will come out even stronger.”