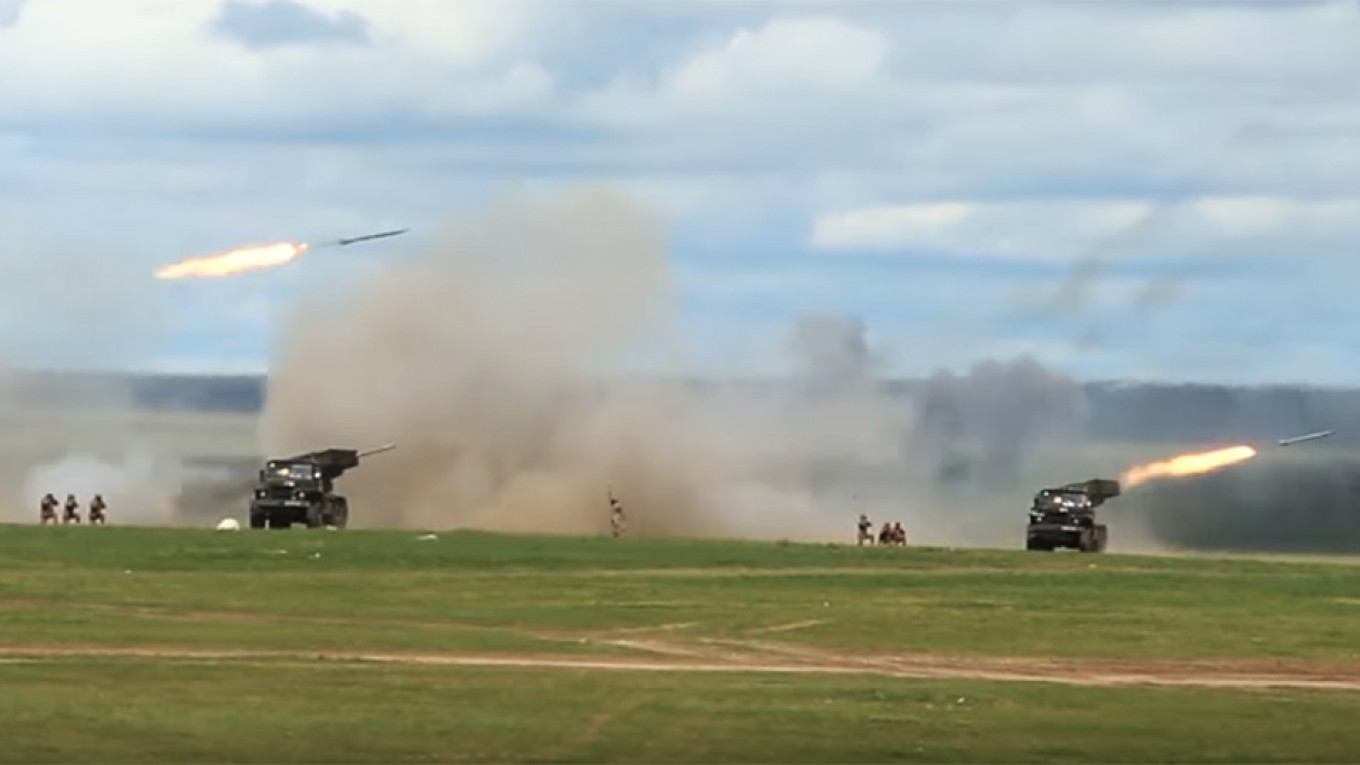 The Russian military has unveiled footage of large-scale exercises in Mongolia with a slick production value of shooting helicopters and firing rocket launchers.

The 11th annual Russian-Mongolian drills, the Selenga-2019, took place from Aug. 15-24 and involved 1,400 troops from both countries this year.

Gunships were filmed flying over the estimated 10,000 guests and firing rockets at targets, while a mounted camera showed the action up close.

Selenga-2019 wrapped up with a military parade of the weapons tested during the exercises.