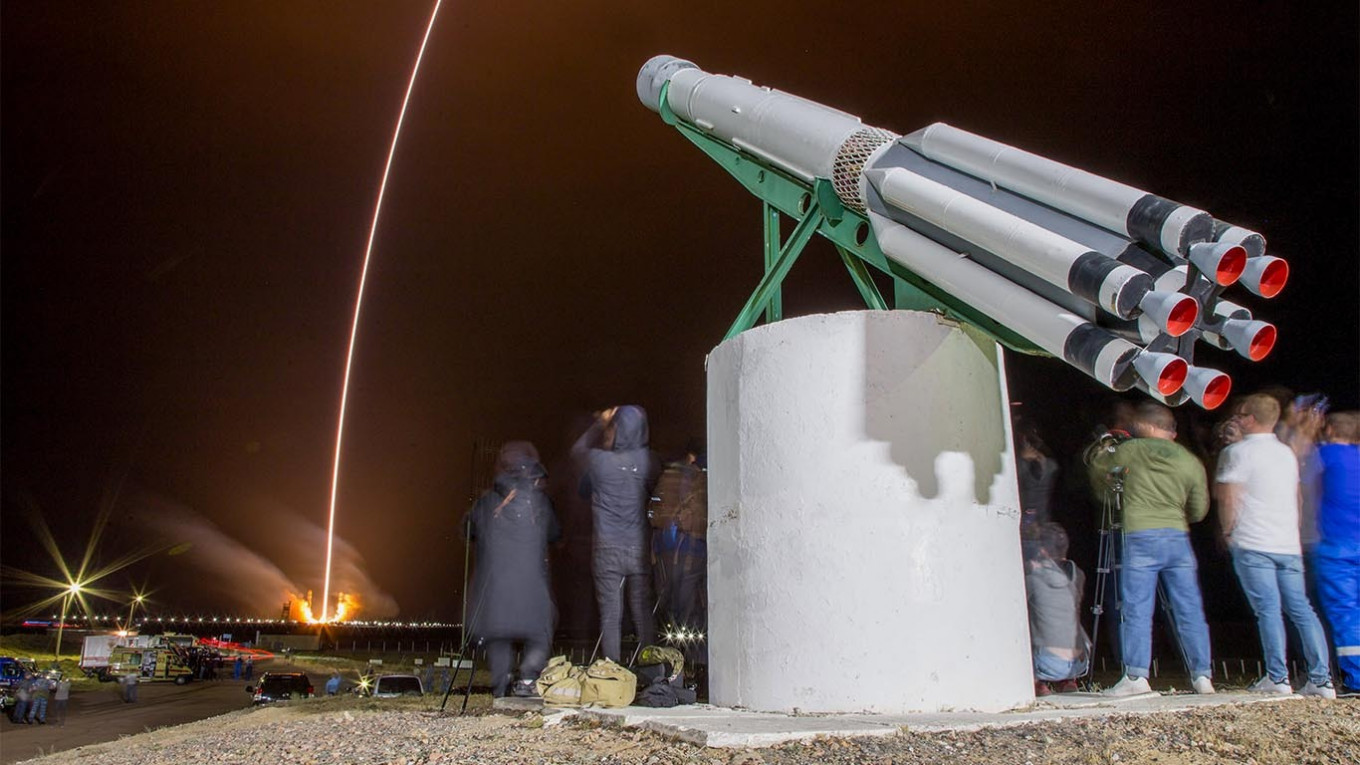 The head of Russia’s space agency said Friday that Roscosmos wants to return to Venus and bring back soil samples and build spacecraft that will surpass Elon Musk’s rockets.

Last week America’s first crewed spaceship to fly to the International Space Station in nearly a decade returned safely to Earth, splashing down in the Gulf of Mexico.

The mission was carried out jointly by NASA and Musk’s SpaceX. Its Falcon 9 rocket is semi-reusable.

“We are making a methane rocket to replace the Soyuz-2,” Roscosmos chief Dmitry Rogozin said in an interview with state news agency RIA Novosti.

He said it will be a reusable space complex, noting that it will be possible to use its first stage at least 100 times.

Rogozin said he was not impressed with the SpaceX spacecraft, saying its landing was “rather rough.”

“It’s not designed for ground landing — that’s exactly why American colleagues chose to land on the water the way it was done 45 years ago,” Rogozin said.

Russia had for many years enjoyed a monopoly as the only country able to ferry astronauts, and the SpaceX launch meant the loss of a sizeable income. A seat in the Soyuz costs NASA around $80 million.

Rogozin said he also wanted Russia to return to Venus.

“It was always a ‘Russian planet,'” he said.

The Soviet Union was the only nation to have landed probes on the surface of Venus.

“I believe that Venus is more interesting than Mars,” Rogozin said, adding that studying Venus could help scientists understand how to deal with climate change on Earth.

Venus, whose atmosphere is made up nearly completely of carbon dioxide, is considered to be the hottest planet in the solar system.

“If we don’t study what is happening on Venus then we won’t understand how to prevent a similar scenario from happening on our planet.”

He said he wanted Russians — in cooperation with Americans or by themselves — to bring back the surface materials of Venus.

“It would indeed a breakthrough,” Rogozin said.

“We know how to do it,” he added, saying Russian scientists were currently studying relevant Soviet-era documents.

But Roscosmos lamented that repeated budget cuts risked threatening many of the programs.

“I don’t quite understand how to work in these conditions,” he said. “We are seeing that leading foreign space agencies are increasing their budgets.”