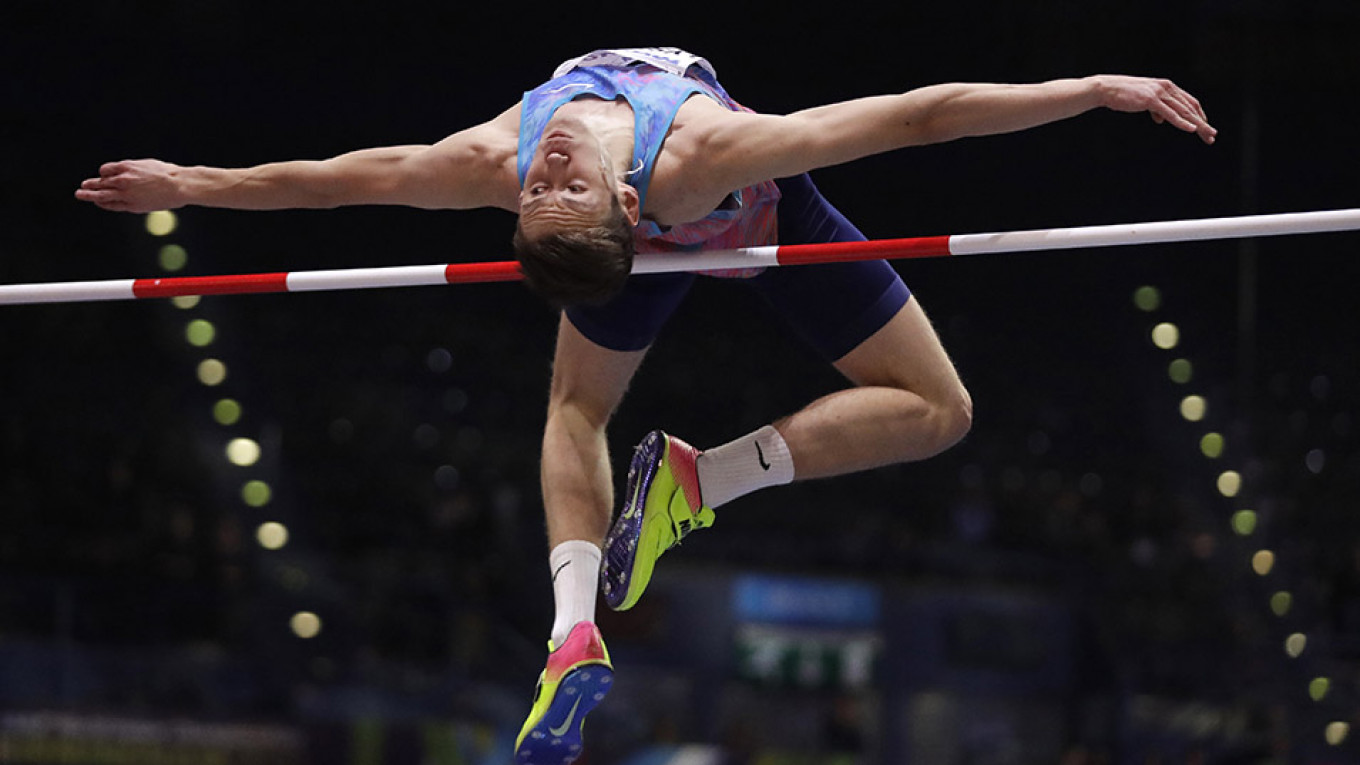 The president of Russia’s athletics federation and several other federation officials were suspended on Thursday by the Athletics Integrity Unit (AIU) for serious breaches of anti-doping rules, adding to the federation’s woes ahead of next year’s Olympics.

The AIU, which oversees integrity issues in global athletics including doping, said the provisional suspensions were linked to an investigation into whereabouts violations committed by Russian high jumper Danil Lysenko, which they said the officials had obstructed.

It said the suspensions of seven people including federation president Dmitry Shlyakhtin, executive director Alexander Parkin, Lysenko and his coach Evgeny Zagorulko came after it concluded federation officials “had been involved in the provision of false explanations and forged documents to the AIU in order to explain whereabouts failures by the athlete.”

The suspensions come as the World Anti-Doping Agency (WADA) is set to decide next month on the status of Russia’s anti-doping agency after Moscow allegedly provided it with doctored laboratory data.

Lysenko, who won silver in the high jump at the 2017 world championships, had been authorized to competed internationally as a neutral athlete by World Athletics, the sport’s global governing body formerly known as the IAAF.

But after failing to file his whereabouts on three occasions — which constitutes an anti-doping violation if it occurs in a 12-month period — Lysenko was provisionally suspended last year.

“The AIU investigated the veracity of the explanations provided by Danil Lysenko to explain his whereabouts failures and concluded that the explanations were false and supported by forged documents,” it said on Thursday.

The AIU added that the Russian athletics federation had been issued a notice of charge for failing to comply with its obligations as a federation and was given until Dec. 12 to respond.

In comments carried by the website of Russia’s athletics federation, Shlyakhtin said he was still considering his course of action.

“It is only after a detailed assessment of the situation, legal consultations and a full understanding of the circumstances that I can comment on the next steps,” he said, adding that the federation’s presidium would soon convene to discuss the situation.

In a separate statement to Reuters, the athletics federation said Shlyakhtin would leave his post during his provisional suspension but was determined to defend himself in court.

The Russian athletics federation has been suspended since a 2015 report commissioned by WADA found evidence of widespread doping in the sport.

But some Russians, including three-times world champion Maria Lasitskene, have been cleared to compete internationally as neutrals after demonstrating that they train in a doping-free environment.