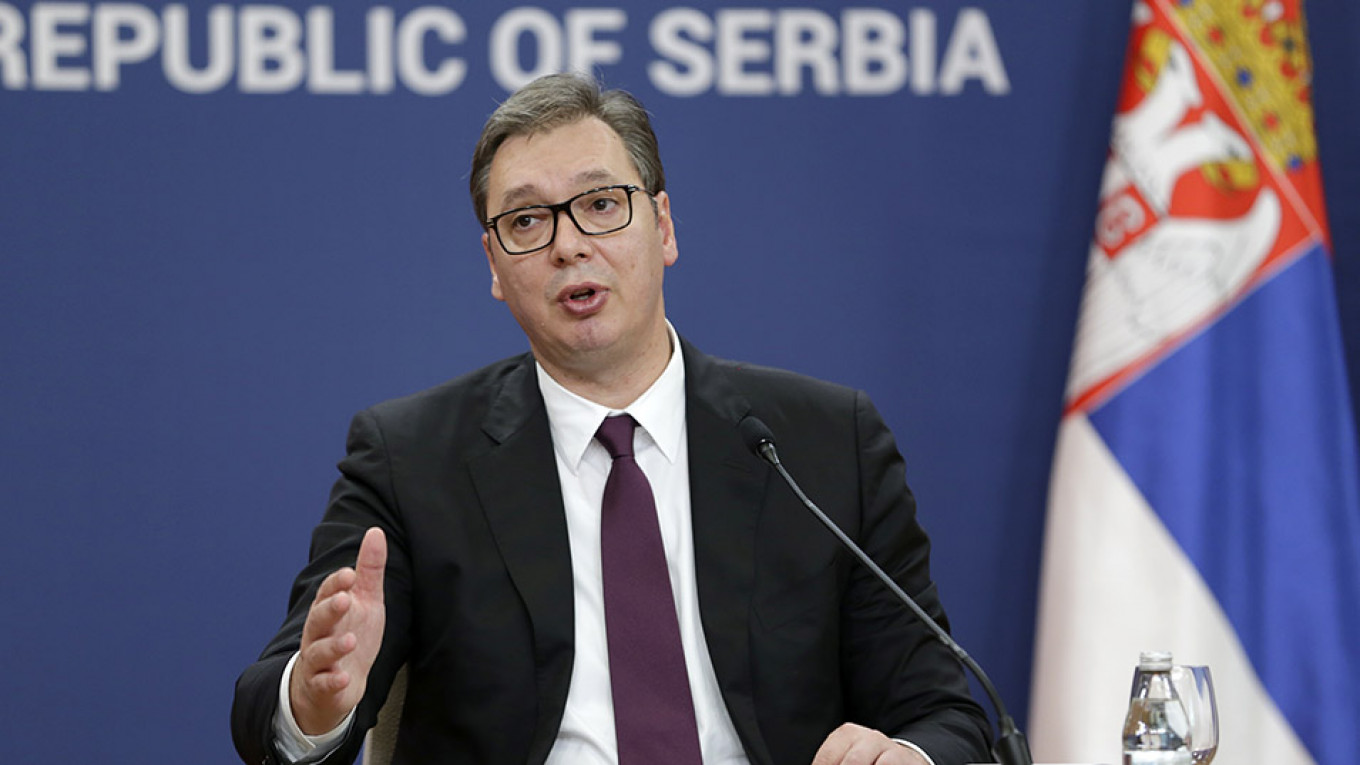 Vucic’s remarks came after a meeting of the National Security Council which he convened after a video showing a Russian intelligence officer handing money to a Serbian man in Belgrade was made public on YouTube over the weekend.

The video, which was not made by Serbian agents, showed a man identified as Lt. Col. Georgy Kleban, a former assistant military attache at Russia’s embassy in Belgrade, meeting a Serbian retired army officer, whom Vucic identified only as Z.K.

Vucic said the meeting took place last December. He did not say who had made the video.

Serbian agents who followed Z.K. could not carry out video surveillance of Kleban and his Serbian source “except from afar” as the Russian officer had his own protection detail. But they were more successful in other cases, Vucic said.

The incident has the potential to sour relations between Serbia and Russia, who are old allies.

The two Slavic and Orthodox Christian countries have strong political, military, cultural and economic ties. Moscow backs Belgrade in refusing to recognize the independence of Kosovo, a former Serbian province.

Vucic said Serbian agents also had evidence concerning other Russian spies. “There have been 10 contacts with three sources,” he said.

He also accused military representatives of some Western countries of spying on Serbia.

But Vucic said the spy scandal should not harm relations between Serbia and Russia, adding he was sure that “President (Vladimir) Putin was not informed about this.”

“We will not change our policy towards Russia, which we see as a brotherly and friendly country … but we will strengthen our own intelligence defenses.”

“There was only thing I have asked the Russian ambassador today — I’ve only asked him – Why?”

Vucic is scheduled to travel to Moscow on Dec. 4 to meet Putin for their third meeting this year.

In Moscow, Maria Zakharova, a spokeswoman for Russia’s Foreign Ministry, told a news briefing that the footage should be regarded as “a provocation” designed to create “a certain impression.”

She said Moscow had often noticed similar provocations in the run-up to high-level meetings between Russian and foreign officials. Kremlin spokesman Dmitry Peskov said he was confident nothing could harm relations between Russia and Serbia.

Serbia depends on Russian oil and gas, and it wants to join the TurkStream gas pipeline that would bypass Ukraine and carry Russian gas to European markets.

Vucic also said Serbia would not alter its doctrine of military neutrality and would not join NATO nor the Russian-controlled Collective Security Treaty Organization.