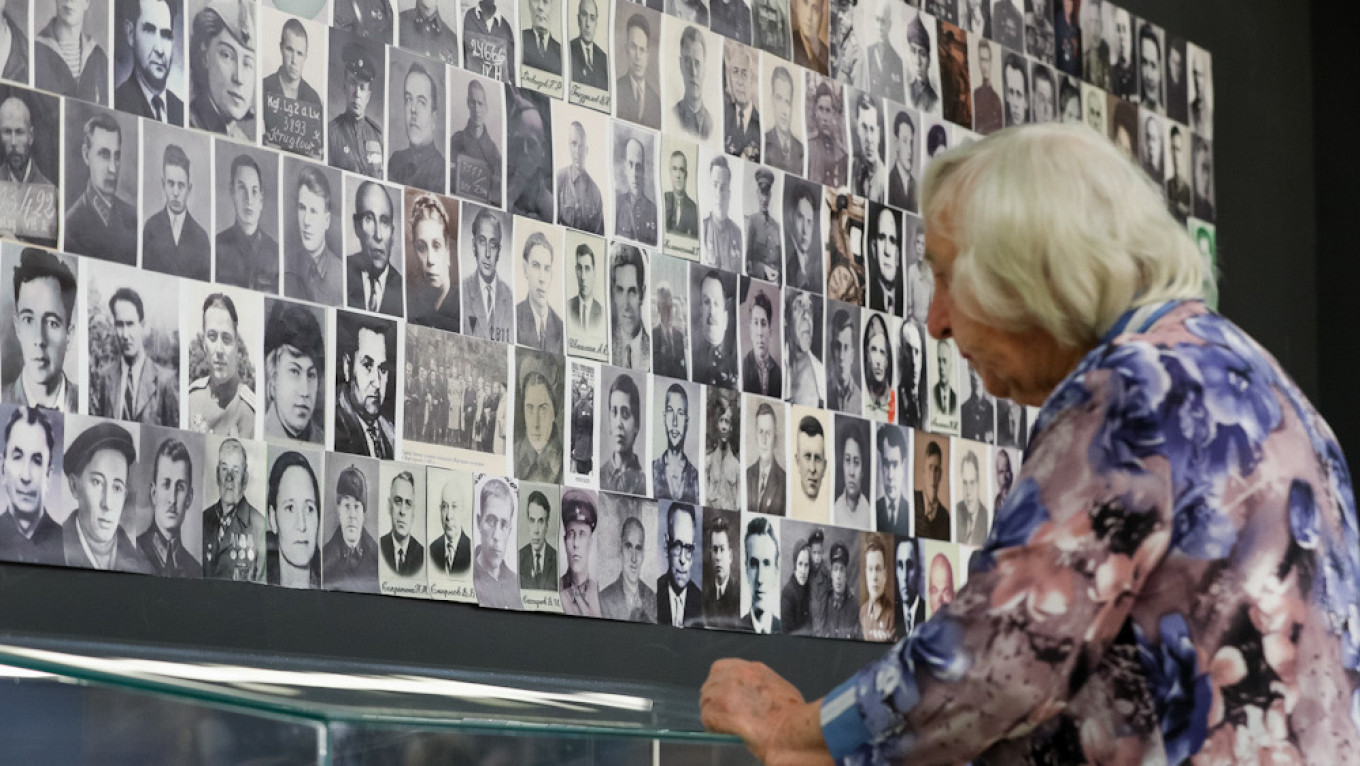 A guest speaker at a St. Petersburg teachers’ webinar has been filmed giving a lecture on what he called the “Zionist lie” of the Holocaust, the Ekho Moskvy radio station reported Tuesday.

Professor Vladimir Matveyev put forward debunked theories that no gas chambers had been found in Germany after World War II and that it would have been “impossible” to let 6 million Jews through concentration camps.

“The conclusion is that the Holocaust simply did not exist to that scale. I think everyone will be able to convey this idea to schoolchildren,” Matveyev said, according to published excerpts of his Zoom lecture.

“We as agents of education must bring truth to the masses,” he told local principals and vice principals on the eve of International Holocaust Remembrance Day.

One of the slides in Matveyev’s hour-and-a-half lecture reads: “There was a genocide of Jews in 1938-1945 but there was no Holocaust.”

The Leningrad region administration, whose education committee hosted the “Lesson in Memory of Holocaust Victims and the Red Army Soldiers Who Liberated Auschwitz” webinar, called Matveyev’s denials his “private opinion” in a statement on social media.

President Vladimir Putin spoke out against Holocaust denial and anti-Semitism at Moscow’s Jewish Museum and Tolerance Center in 2018.