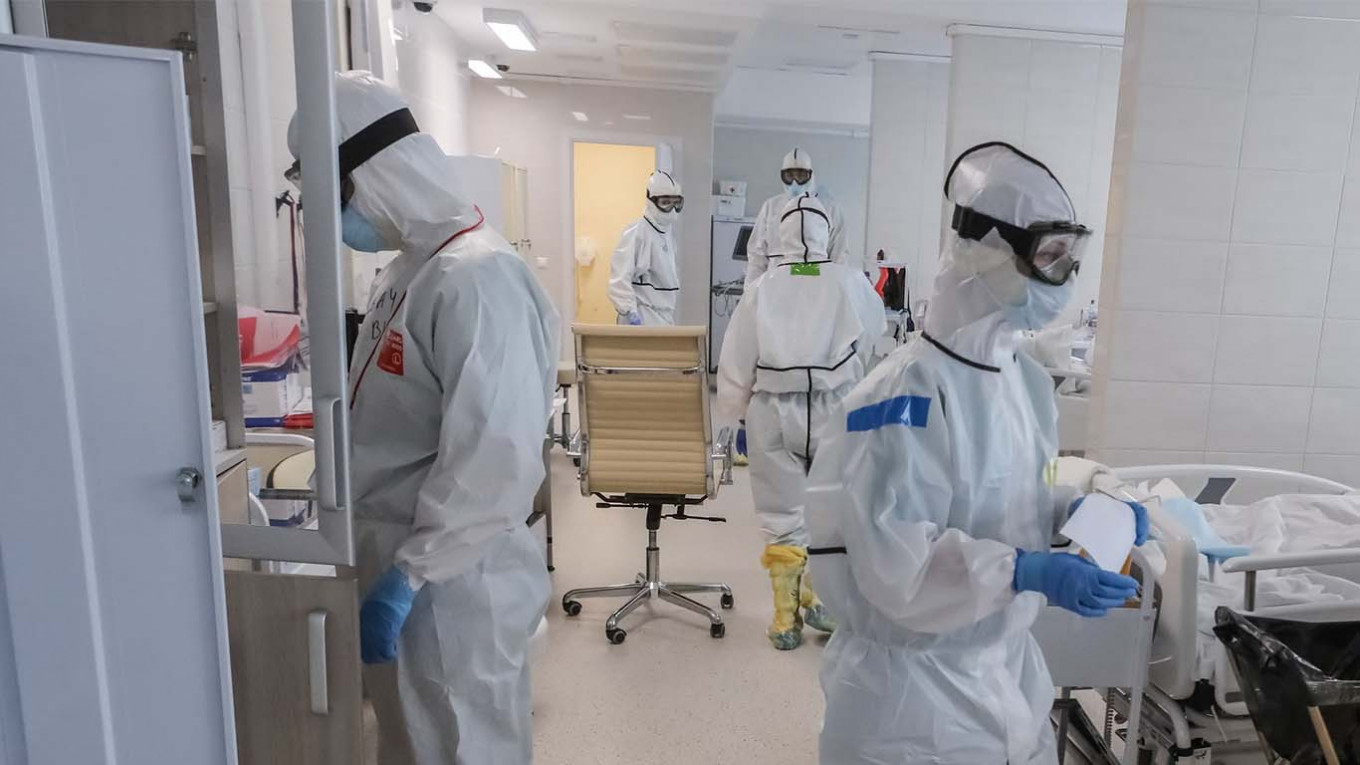 Russian doctors have launched an online petition calling on President Vladimir Putin to pay his promised bonuses to doctors and other healthcare professionals on the frontline of the coronavirus outbreak.

Deistviye (Action), Russia’s union of healthcare workers, argued that federal and regional authorities are limiting the number of workers eligible for the bonuses and are using legal loopholes to lower the amounts of money paid out.

“All this looks like a mockery of medical professionals, who were once deceived by the promise of large salaries in [Putin’s] May decrees,” the union said on Change.org Wednesday.

In a petition signed by more than 40,000 people as of Thursday afternoon, Deistviye demanded a tenfold increase of the 56 billion ruble ($710 million) bonus fund.

All categories of healthcare workers should be eligible for the bonuses and should be compensated whether or not they deal directly with Covid-19 patients or if the patients’ tests are confirmed, the union said.

Additionally, Deistviye called for increased insurance guarantees for medical workers equal to those Russia’s military personnel. Putin signed an act Wednesday promising 2.7 million rubles ($34,000) in the event of a worker’s death and 68,811 rubles ($870) if they become infected.

The union pointed to the dangers that medical professionals face both through lack of protective equipment and from hospitals becoming hotbeds for transmission.

“Entire groups are being put on sick leave or are shut inside medical facilities for quarantine. A huge additional burden falls on the remaining workers because they’re left fending for themselves and their incapacitated colleagues,” it said.