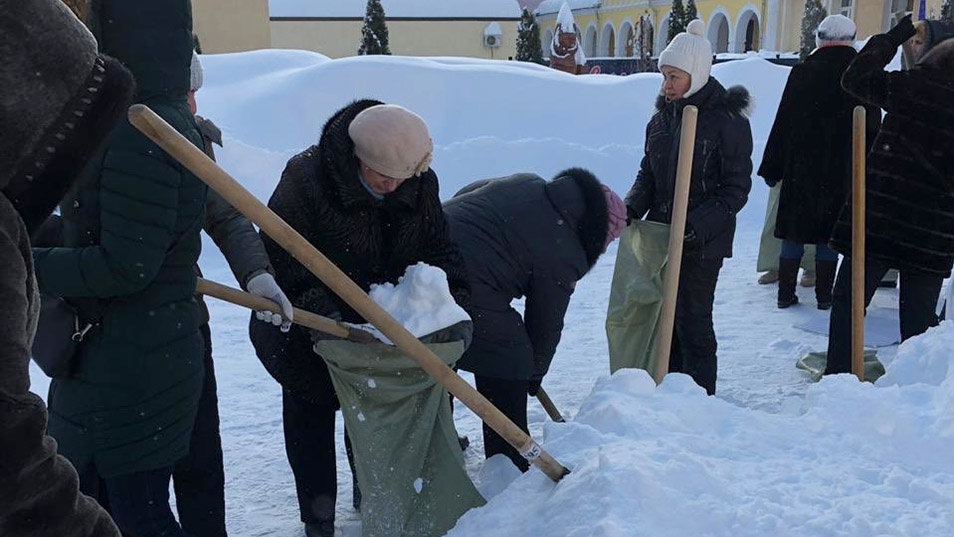 A public official has been dismissed following reports that she had forced teachers to remove snow in freezing weather, authorities in the Saratov region southeast of Moscow said Monday.

Reports and footage of women identified as Saratov school teachers shoveling snow into wicker bags sparked outrage across Russia over the weekend. Heavy snowfall and slow municipal services brought city traffic to a near standstill, prompting the mayor to ride public transport to persuade residents to follow his example.

An unnamed head of education at Saratov region’s Oktyabrsky district was fired following an inspection into the teachers’ snow-clearing work, Saratov’s city hall said in a statement Monday.

She and school officials were accused of making “independent decisions that led to communication failure.”

Meanwhile, the school’s director and the deputy head of administration were reprimanded for forcing teachers to work outside in temperatures of minus 20 degrees Celsius, the administration said.

“Setting an impossible goal and demanding the impossible from subordinates is the root of such incidents,” Mayor Mikhael Isayev said.