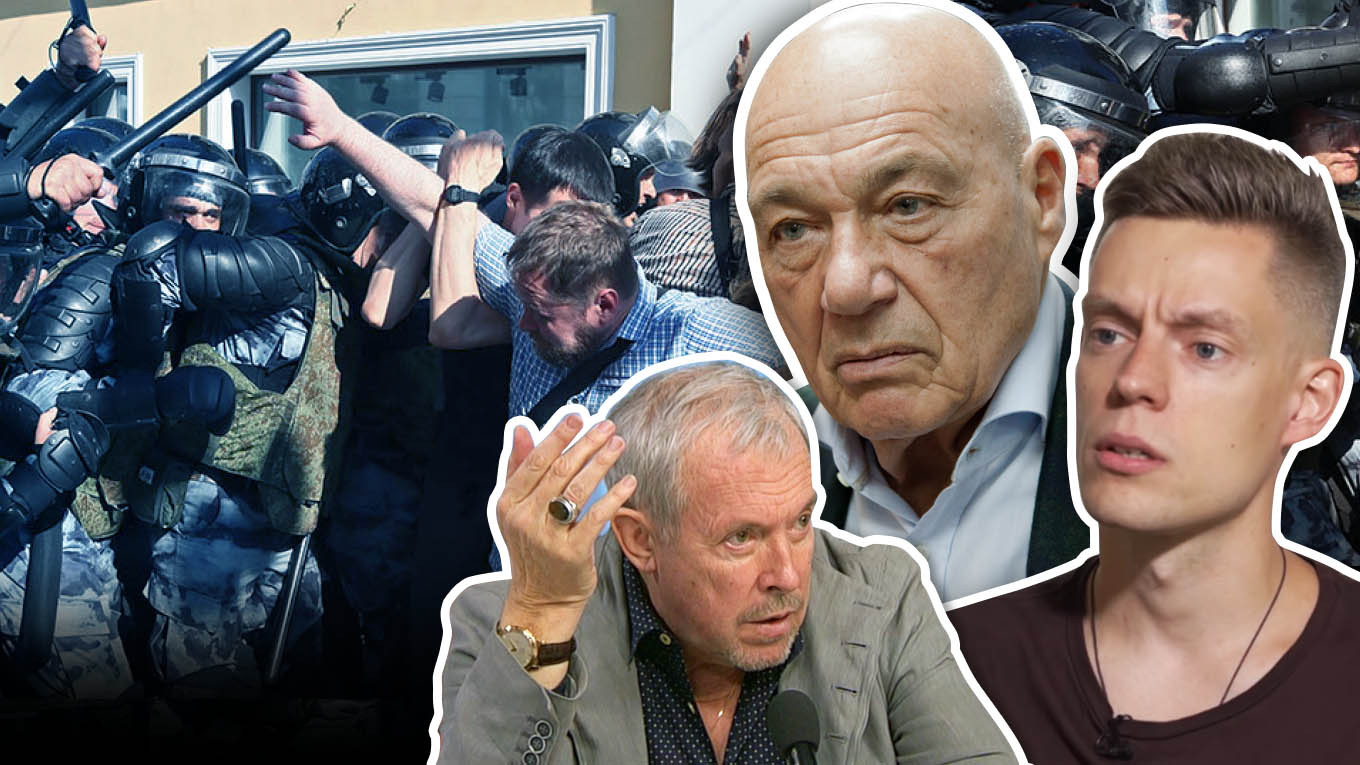 Some of Russia’s most well-known celebrities and public figures are speaking out in support of the mass opposition protests that have rocked central Moscow over the past three weeks.

On Saturday, nearly 1,400 protesters were detained during the most recent unauthorized rally as thousands took to the streets to demand that opposition candidates be allowed on the ballot in Moscow’s city council elections. The police crackdown was one of the heaviest in years against an increasingly defiant opposition decrying the Kremlin’s tight grip on power.

Despite the crackdown, opposition candidates and activists have called on supporters to take to the streets every weekend until the candidates are allowed onto the ballot for the Sept. 8 election, with a new march planned for this Saturday.

Here are some of the famous writers, artists and other public figures who have spoken out in recent days:

Makarevich wrote and released a song dedicated to the riot police who dispersed the Moscow protest on July 27.

“It becomes embarrassing, and painful, and pitiful / To beat the unarmed with a rubber stick / And then in a public building / To testify against them.”

“The brutality shown by the police was not accidental. I’m sure that they had been instructed to ‘scare’ the people so that they would never again decide to go to an unauthorized rally.”

“Why does the Russian government use fear? Because it is frightened. They do not understand what to do with this new generation, which was not produced by the Soviet conveyor and which is increasingly inclined to protest, to disagree, to pursue their goals which violate old Russian traditions.”

“We are only seeing the very tip of the iceberg: what we’re facing here is a powerful movement that cannot be stopped.”

“In a society where the muscles of the public debate are atrophied and there are no normal elections, people have to go to the streets.”

“To demand something from the state is normal, including demanding fair elections where there are people [for voters] to choose from.”

“Today, [the protest on] Tverskaya has proved to all of us (including me) that the point of no return for the current Russian government passed a long time ago! They only have chances for a quick jump into a [submarine] and diving to the bottom of the Baltic, Black and other seas. Russia will recover soon.”

“Lawlessness can sooner or later affect anyone. And if you support the lawlessness of the government, be ready for the fact that tomorrow your child will have drugs planted on him and you will be accused of drunk driving.”

“Preventive measures of such intensity — house searches of unregistered and even of registered candidates, and all this at night, with all the repressive attributes — already alluded to the reality that everything in Russia is not so smooth. And the demonstrative crackdown on July 27 proves that apparently, we do not even suspect how bad everything is. But they know better from above.”

“We need to find a formula which allows everyone to register parties and participate in elections, all candidates need to be registered. But what happened on Saturday in Moscow — it is the same as what the Bolsheviks did in 1917. The confrontation between people and the police is a threat to the state. People want democracy, but it’s important not to cross that line when we do harm to ourselves.”