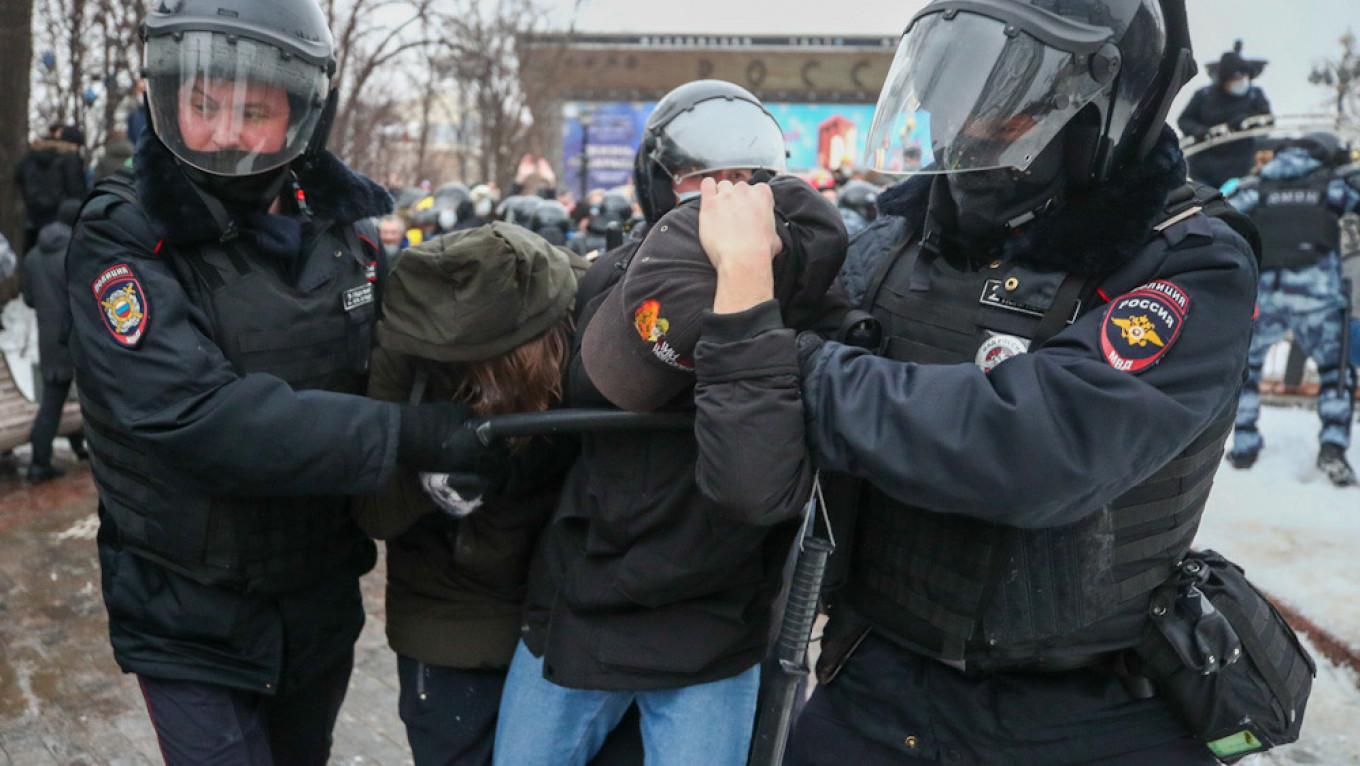 A popular TikToker and his friends have been detained for allegedly vandalizing a Russian security services car during mass rallies in support of jailed opposition leader Alexei Navalny in Moscow, media reported Wednesday.

Konstantin Lakeyev, 18, is suspected of attacking the car appearing to belong to Russia’s Federal Security Service (FSB) in a widely shared video from Saturday’s unauthorized protests demanding Navalny’s release. State media reported that the car’s driver was hospitalized with a gouged eye.

The OVD-Info police-monitoring website reported that friends lost contact with Lakeyev after his detention Tuesday evening. He reappeared briefly 12 hours later saying that he was being held pending a court hearing later in the day.

Interfax, citing an unnamed source, reported that investigators have asked a Moscow court to arrest Lakeyev as a suspect in a criminal case into hooliganism and property damage.

The news agency added that several of his fellow influencers have also been detained for questioning at a TikTok house they share outside Moscow on suspicion of vandalizing the state car.

An Instagram story posted on Lakeyev’s page said that he had been detained by 20 riot police officers for “jumping on a state car.” The author, claiming to be Lakeyev’s mother, urged his fans to share messages in his support.

Lakeyev is among the dozens of protesters facing criminal charges after the pro-Navalny demonstrations, where police detained a record-breaking 3,893 people across 120 cities.

The Kremlin and other high-ranking Russian officials condemned violence committed by protesters while defending police actions as acts of bravery. Meanwhile, observers have alleged that protesters committing violence may have been “provocateurs” sent by the Russian authorities to make it seem like the rallies were violent in nature.

Young TikTokers flooded the popular short-video app ahead of the rallies, racking up a quarter-billion views under hashtags like “Free Navalny” and “Jan. 23.”