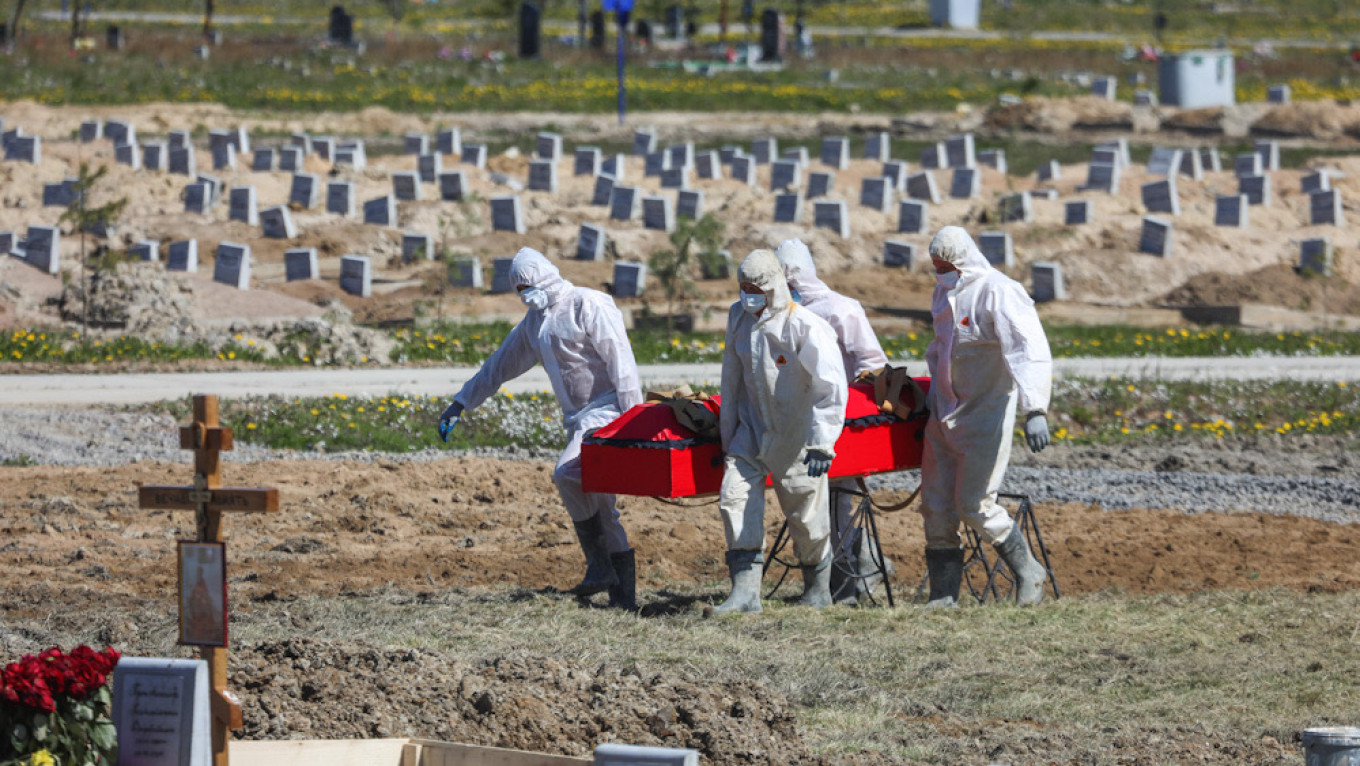 Russia recorded more than 2,500 excess deaths a day during November in what was by far the deadliest month since the start of the pandemic, official figures released Monday have shown.

Deaths from all causes — regarded as the most accurate indicator in assessing the impact of the coronavirus — came in 78,541 higher than figures from November 2019, a 56% year-on-year increase.

The new figures reveal that more people in Russia died in November 2020 than in any single month for at least 16 years, the earliest such data is available.

The spike in fatalities was almost seven times the number of coronavirus deaths officially reported by the country’s national Covid-19 task force.

The second wave of the coronavirus this fall and winter has hit Russia hard — especially its regions, where medics say the health systems are underfunded and ill-equipped to deal with the pandemic. The Kremlin has also shot down renewed quarantine measures or significant mobility restrictions despite the surging case numbers.

The new excess death numbers continue to raise questions about Russia’s official coronavirus statistics, which have been criticized since the start of the pandemic, with medics, statisticians and demographers suggesting the country is trying to downplay the pandemic’s impact. A cross-country analysis published by the Financial Times found Russia had seen one of the world’s sharpest rises in mortality since the start of the pandemic.

Russia’s state statistics agency Rosstat said Monday there were a total of 35,645 coronavirus-related deaths over the month of November, though added that in more than a third of those cases, Covid-19 was either a secondary factor or played no role at all in the patient’s death. This counting practice runs contrary to World Health Organization (WHO) guidelines.

The country’s task force, which publishes a daily count of infections and fatalities, initially reported just 11,905 deaths over the month.

In total, Russia recorded almost 230,000 more deaths between January and November 2020 than during the same period in 2019.

Speaking at a government meeting earlier Monday, Deputy Prime Minister Tatiana Golikova said more than 81% of the excess deaths were related to coronavirus. That would equal more than 186,000 fatalities as a result of the virus — significantly more than the most inclusive figure published by Rosstat, which shows a total of 116,000 coronavirus-related deaths.

Golikova’s assessment is not reflected in any of Russia’s official coronavirus tallies, but would put Russia in third place for official Covid-19 fatalities — behind the United States and Brazil — and contrast sharply with the Kremlin’s official claims that Russia has handled the pandemic much better than other countries.

Excess mortality — calculated as the difference in all registered deaths in 2020 compared to previous periods — is seen as the most reliable indicator of how many people could have succumbed to the pandemic. In Russia’s case, statisticians recommend comparing fatalities with 2019 numbers rather than averages of the last five or 10 years. This is because Russia has seen rapidly declining mortality rates over the last decade.