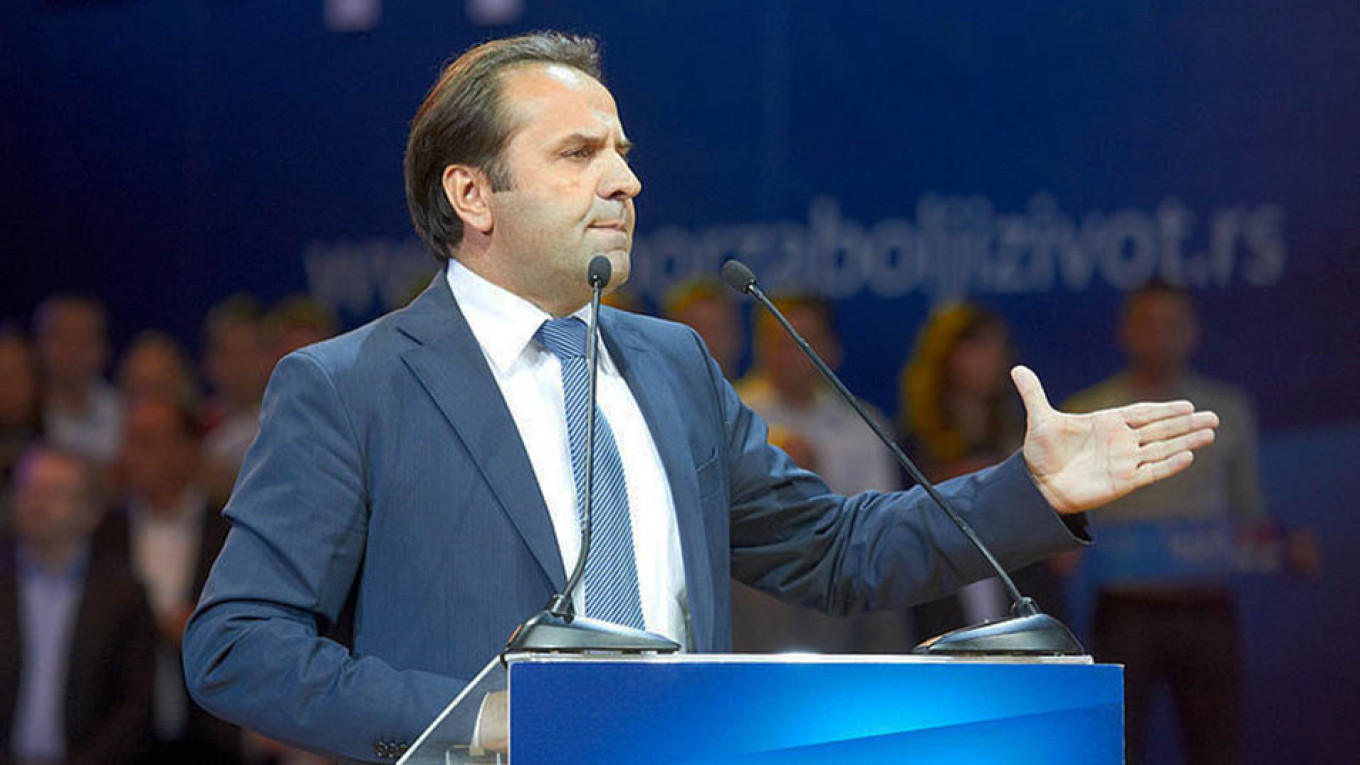 Serbia’s plan to join a Russian-led economic union is drawing fire from the European Union, which the Balkan nation says it wants to be part of.

The EU’s executive commission has made clear that Serbia will have to cancel any bilateral trade agreements with other countries if and when it joins the EU, and leaders said they’d rather see Belgrade aligning its policies more with the bloc’s. Serbian officials have ignored the criticism and will sign a deal to join the Eurasian Economic Union on Oct. 25. The Russian-led bloc also includes Armenia, Belarus, Kazakhstan and Kyrgyzstan.

The plan is “not a hindrance to European integration,” Serbian Trade Minister Rasim Ljajic said by email last week. The European Commission’s warning isn’t going to “affect Serbia’s decision to enter into this agreement in Moscow,” he said.

The EU has no say over which groups Serbia joins while it’s not a member, but some of its representatives indicated they would like to see greater commitment to membership, especially after an EU progress report earlier this year showed that Serbia was only partially aligning its foreign and security policies with the EU’s.

Serb leaders have said that EU membership is a priority, a goal they hope to achieve around the middle of next decade. At the same time, Serbia has historic and religious ties with Russia, which is helping it prevent the further recognition of Kosovo in international bodies. Additionally, Russia has donated fighter jets and tanks to Serbia and Serb leaders, including President Alexandar Vucic, are frequent visitors to Moscow.

“You can’t be marching in several directions at the same time,” Slovak Foreign Minister Miroslav Lajcak, who spent years working in the Balkans, said last month in Helsinki. “If you’re serious about your European orientation then obviously you make political decisions that bring you closer to it. This is not one of them.”

The Eurasian Economic Union, established by Russian President Vladimir Putin to create a rival to the EU’s open market and help rebuild Moscow’s sphere of influence in the former Soviet Union, has four other members aside from Russia.

Economists in Belgrade have also questioned the benefit of the trade membership for Serbia, whose main export markets are in western Europe, not in the east.

“Russia accounts for only one quarter of what we export to Germany and Italy,” said Ivan Nikolic, an economist and member of central bank’s advisory council. “We are accessing a new market but the question is what we can offer. We are exporting food products, and fruit and vegetables, but we are not price competitive.”