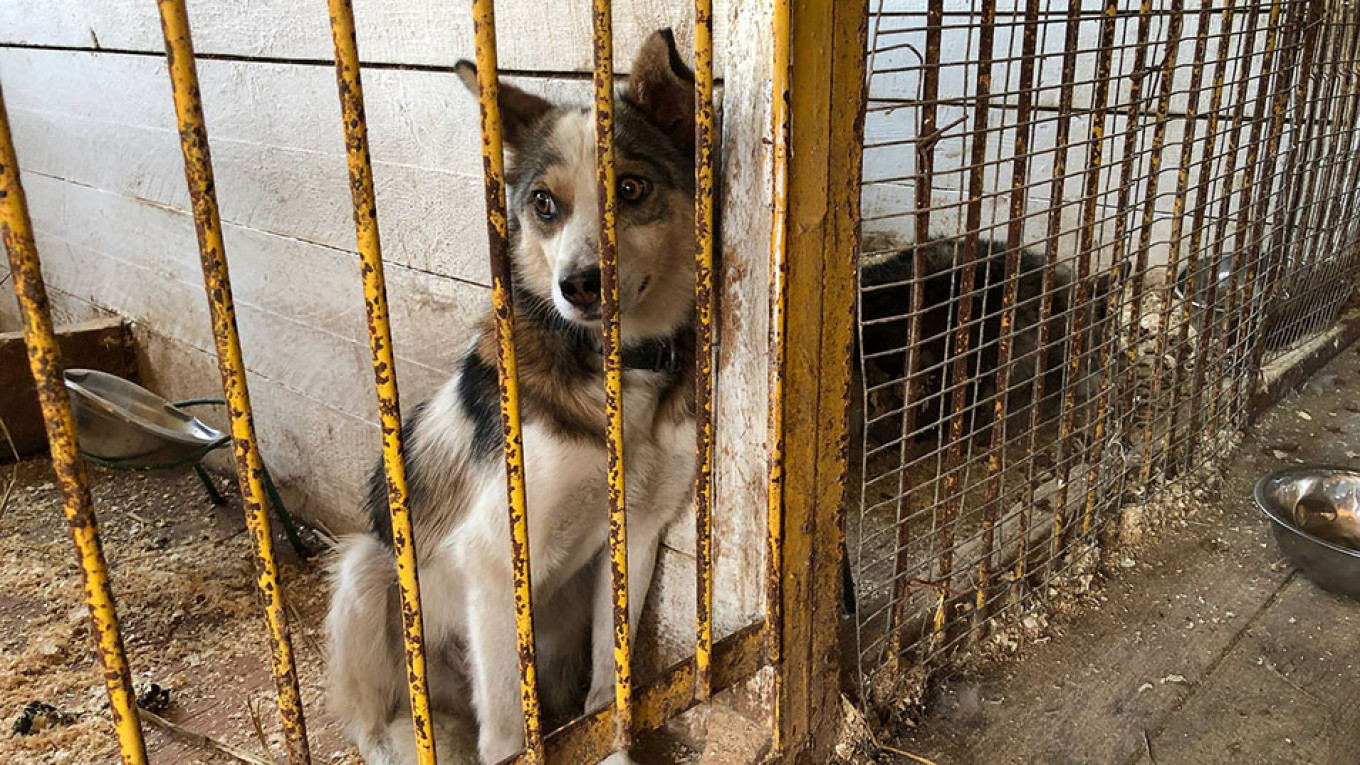 The Noah’s Ark of 21st-century Russia is a tank.

Modern-day saviors in Siberia are roaming the aquatic streets aboard an armored vehicle in search of animal survivors of the floods that hit the Irkutsk region.

“The vehicle used wheels where it was shallow and floated where the water was over 2 meters high,” Vyacheslav Slavin, the head of the Irkutsk-based K-9 dog shelter, told the state-run TASS news agency Sunday.

Emergency officials estimated that 100 dogs, cats, chickens and pigs had been rescued on Sunday using the vehicle and two boats provided by local authorities.

Slavin, who believes that 69 animals had been rescued, said one cow had also been towed to safety and reunited with its owner.

“We’re not doing an exact count, we have no time,” Slavin was quoted as saying before setting off for the second day of the rescue operation Tuesday.

Other animals whose lives were not immediately threatened were left with bowls of food to keep them going.

Rescuers brought the animals back to Irkutsk, where efforts began to reunite them with their owners, TASS quoted Slavin as saying.

It cost 45,000 rubles ($700) to dispatch the K-9 owned amphibious vehicle from Irkutsk to Tulun, the town that bore the heaviest brunt of the destruction.

The floods were caused by freak downpours of rain that caused the river to swell and burst its banks, state television reported.