Top Russian Legislator Warns Against Return of Neocolonialism in Africa 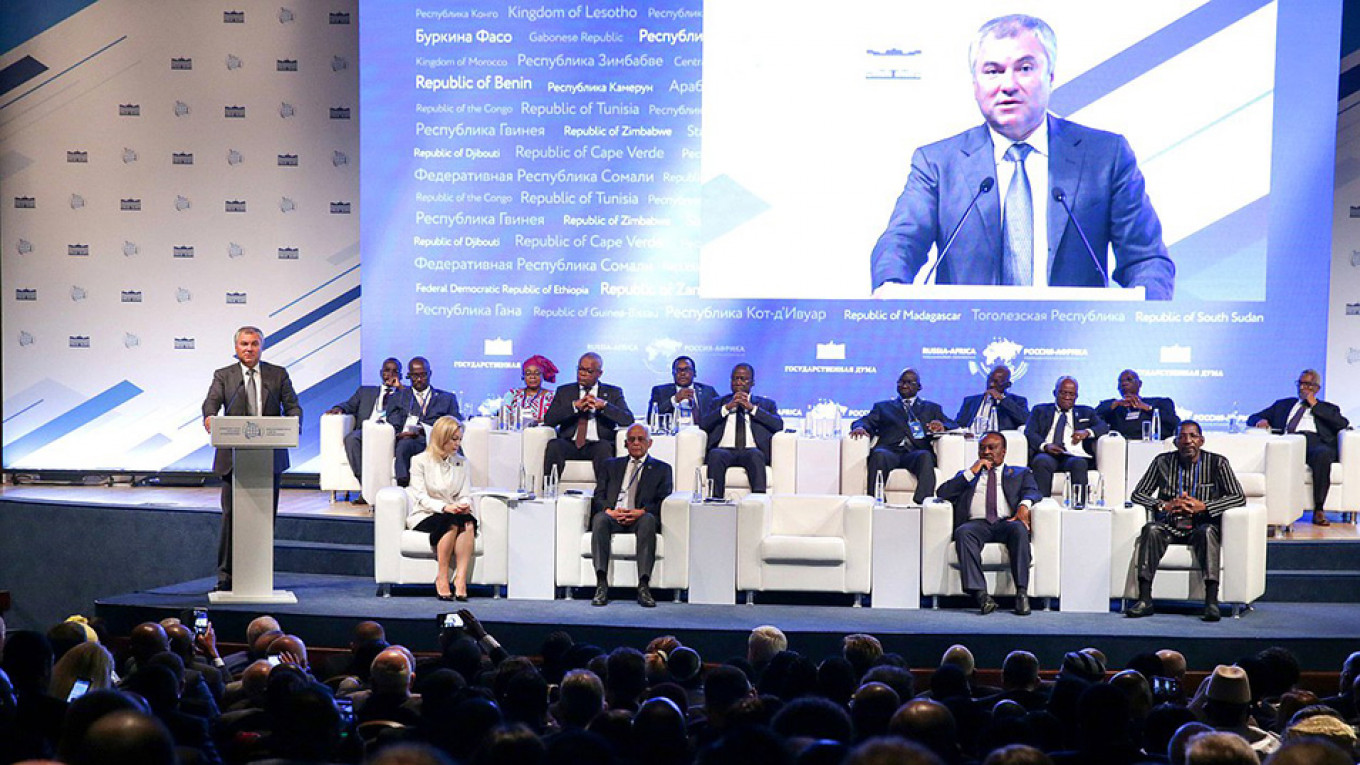 Neocolonialism should never set foot on the African continent again, Russia’s leading legislator has said at a parliamentary forum ahead of President Vladimir Putin’s first Russia-Africa summit this fall.

Russia has expanded its presence in Africa since 2014, with at least 20 military cooperation deals signed since Western nations sanctioned Russia for annexing Crimea. Yevgeny Prigozhin, a secretive businessman known as Putin’s “chef,” is believed to be spearheading Russia’s push to bolster its geopolitical might on the continent with security, arms training and electioneering services in exchange for mining rights and other opportunities.

“We can’t allow the revival of neocolonialism, a predatory attitude toward African resources,” Vyacheslav Volodin, the chairman of Russia’s State Duma, said on the forum’s third and closing day.

“To do this, we need to protect the sovereign right of African states to build their own future,” Volodin told colleagues.

The senior lawmaker played up Russia’s cooperation with Africa, saying trade volume has grown to $20.4 billion last year and around 17,000 African students are enrolled in Russian universities.

“Our task is for this [forum] to lay the foundations of trust and points of growth that will form the base of our relations tomorrow, give impetus to closer relations between our countries,” he said.