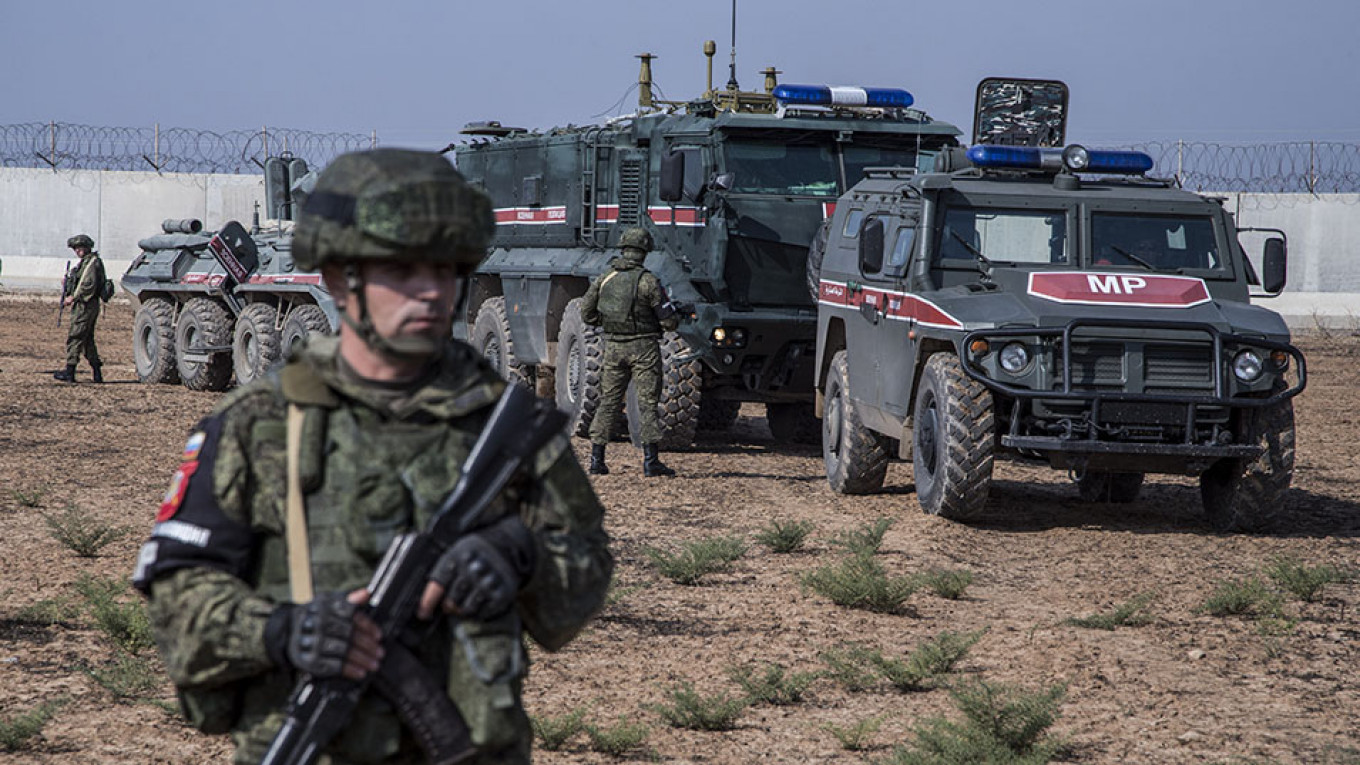 Turkish and Russian troops in armored vehicles on Tuesday began their second joint ground patrol in northern Syria near the town of Kobani, under a deal that has forced a Kurdish militia away from Turkey’s border.