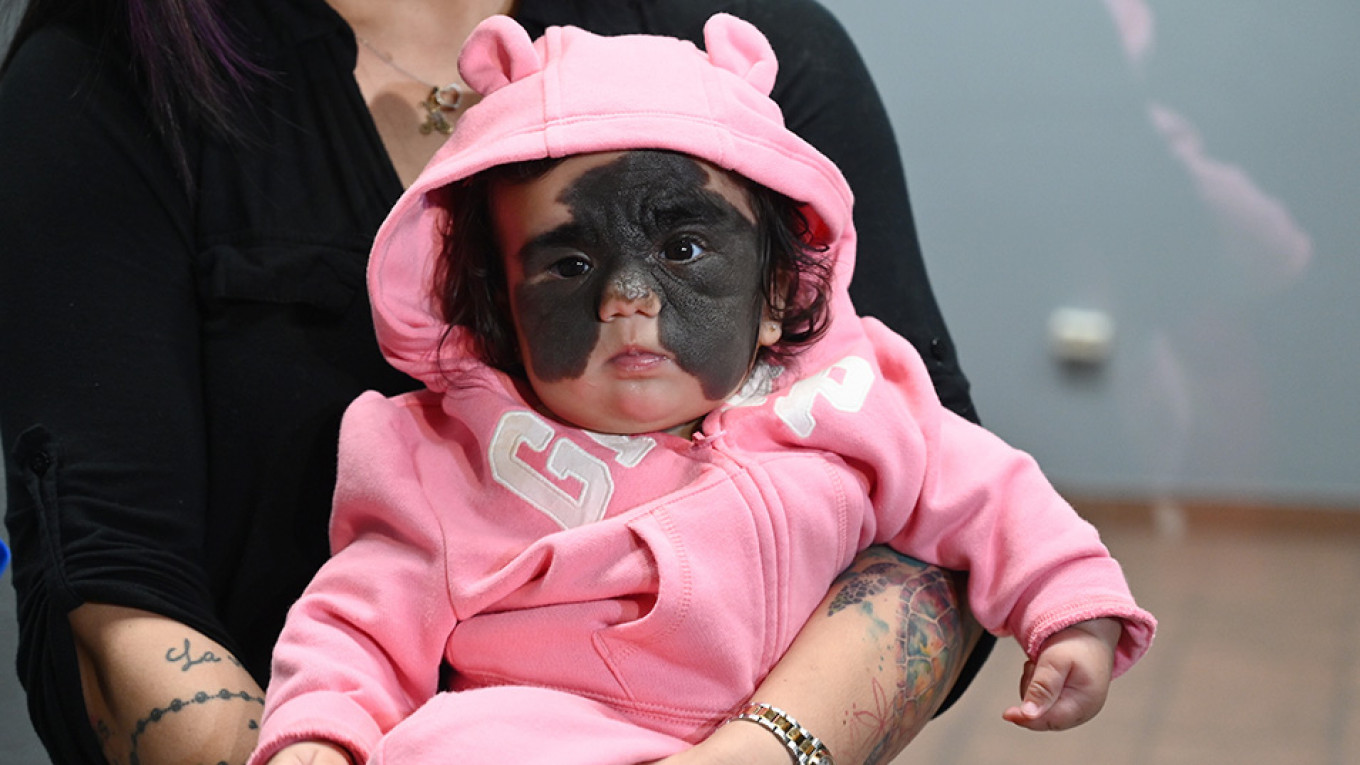 Doctors in southern Russia have removed part of a birthmark on the head of an American baby who was born with a rare skin condition, the state-run TASS news agency reported Tuesday.

Seven-month-old Luna Fenner was diagnosed with giant congenital melanocytic nevus, with the shape of the mark covering her face resembling a Batman mask or a butterfly. She and her mother Carolina Fenner traveled to the city of Krasnodar last month after failing to find a doctor in the United States who could carry out non-invasive treatments.

“The first operation was successful,” Andrei Aleksutkin, head of the laser and photodynamic clinic in Krasnodar, told TASS. “We treated part of the nevus located on the child’s forehead.”

Aleksutkin said Luna was “eating, drinking and not taking any anti-fever drugs or anesthetics.”

Videos and photos posted on Luna’s Instagram page showed the toddler with gauze covering her forehead.

The laser clinic plans to perform between six and eight surgeries on Luna over the next 18 months.

While people with giant congenital melanocytic nevus have a 5 to 10% risk of developing melanoma in their lifetime, Aleksutkin said there is currently no threat of Luna’s condition degenerating into cancer.