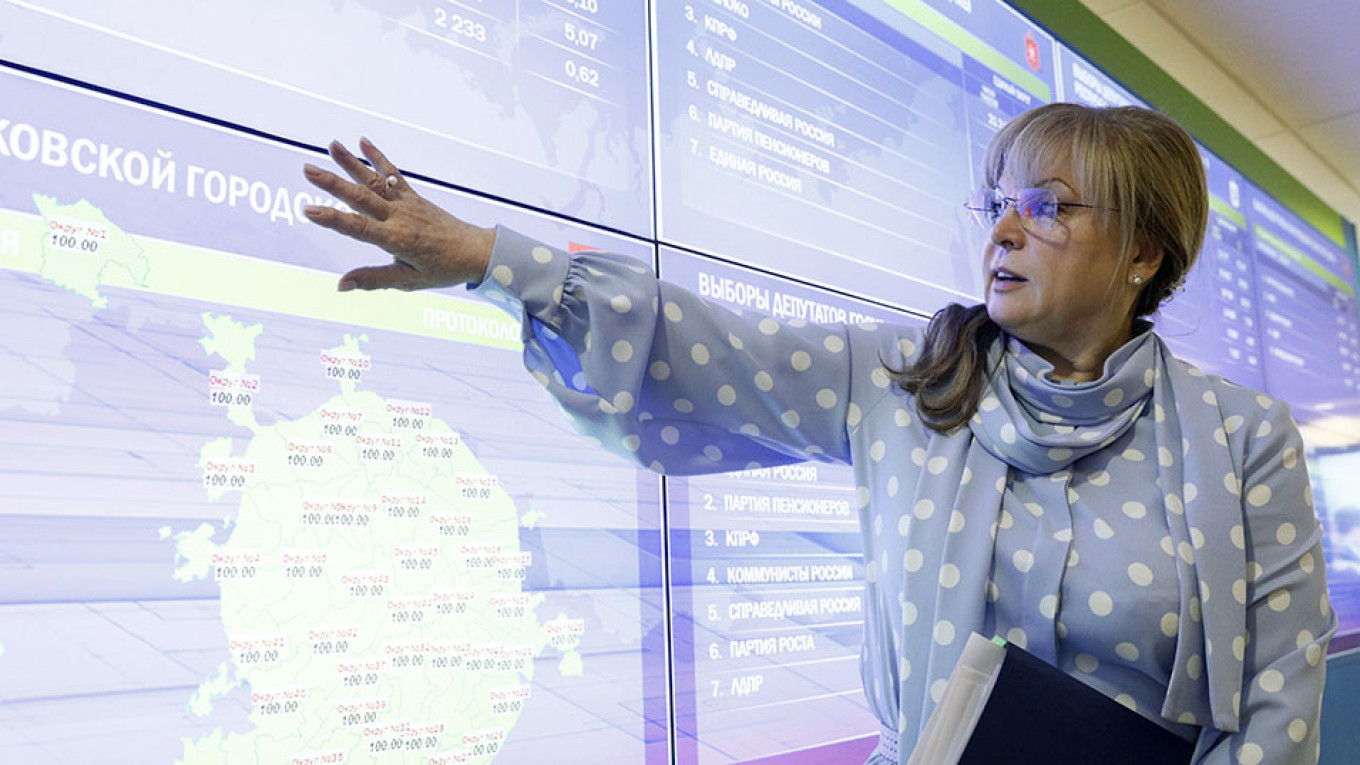 Observers noted widespread violations during the Sept. 8 elections, including lengthy delays in the official count, intimidation and recounts. According to official results confirmed Tuesday, deputies from United Russia won 61.4% of municipal deputy seats — down from 77.8% in 2014 — while opposition parties and independents nearly doubled their representation.

“It’s almost as if there were no authorities in St. Petersburg at all. [Local officials] could get away with anything they wanted,” Pamfilova said during a commision session summarizing the results of the vote.

Russia’s top election official went on to accuse St. Petersburg’s election committee of allowing hundreds of violations of electoral law that had undermined the legitimacy of the vote, and local law enforcement officials of ignoring and even covering up violations.

“Instead of helping to enforce the law, they helped in the lawlessness,” Pamfilova said, adding that she would ask Russia’s Prosecutor General to personally review the events.

“If we had the power, we’d cancel the results from around 20 election stations, but unfortunately we don’t have this power,” she said.

According to the election official, an atmosphere of complacency has developed in St. Petersburg since local elections in 2014 and 2018, which saw mass violations. Nearly half of the local officials presiding over the 2014 vote have retained their seats, Pamfilova said.

“When they saw that they could get away with it, there was a chain reaction of lawlessness and outrageous behavior,” she said.

Pamfilova went on to give the St. Petersburg commission one month to come up with a report on how to “totally reform” the city’s system of elections, including firing election officials.

Meanwhile, Pamfilova said there were no systemic violations during the city’s gubernatorial elections that saw Kremlin appointee Alexander Beglov win with 64% of the vote — numbers that opposition activists say are massively inflated.

She said that the commission had received several complaints but that “there was no reason to question the legitimacy of these elections so this topic is finished.”