House in the Baroque style

Mining in the Baroque heart of the Carpathians
At the foot of the Tatra place located in Zakopane, famous for its unique architectural heritage. There are numerous buildings in the form of traditional folk motifs which are connected with elements of European styles. A striking example of this is an unusual house built in the early XX century. During his long life he had fallen into disrepair, but has not lost its mystery and magical appeal. French decorator Patrice Nurissa revive an old house, sought to recreate the lost, seemingly forever, past, he succeeded brilliantly. 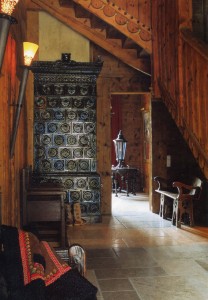 The village of Zakopane, hidden among the mountain pastures and forests at the end of XIX – early XX century was a kind of Mecca for poets, composers, performers and artists. They drew inspiration from the fabulous, enchanting beauty of mountain scenery. Some have even decided to stay here. Among them was Stanislaw Witkiewicz, whose name is linked to the so-called Zakopane style that emerged first in architecture, and then became widespread in other art forms. 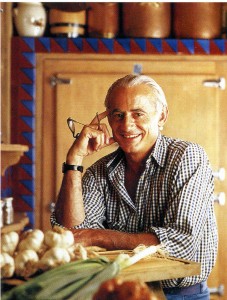 Stanislaw Witkiewicz known as an architect, author of plays, artist and photographer. He was a very talented man, a strange and rather closed, and on the end of his life became very reclusive because of mental illness. In Zakopane Witkiewicz lived until his death. This mountainous terrain attracted him not only for its enchanting beauty, but also by numerous legends, ancient legends and mysteries shrouding it from time immemorial. 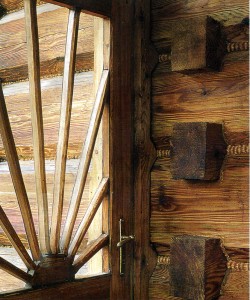 In 1904, on one of the hills of Zakopane Witkiewicz build your dream home and named it after himself. This building is most clearly manifested in Zakopane style, created by the artist. And in appearance, and in the interiors of buildings traditional decorative elements combined with signs of new trends in the European architecture turn of the century. After the death of Witkiewicz house was empty for a long time. Then settled here a family of artists. However, the new inhabitants of the ancient dwellings worried anxious spirit of the place. 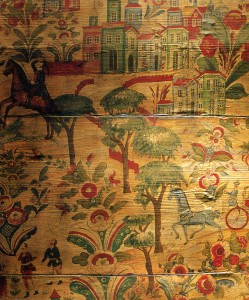 Mysterious spirit of this house excites the imagination and recalls those distant times when on earth lived more talking animals, gnomes, elves and magic 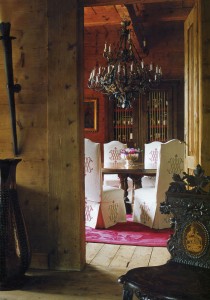 Zakopane – the only Polish city at the foot of the Tatra Mountains. Half a century ago, here began arriving artists, musicians, scientists and artists. For many, these places have become a source of inspiration 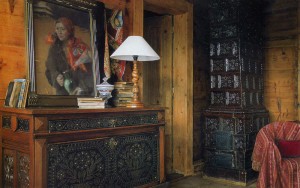 Already today, the Polish entrepreneur Anya Starak, a great lover of art, I saw this old house in Zakopane style, enchanted by the beauty of the former home Witkiewicz, fell in love with him. She decided to buy the building and turn it into his winter residence. Anya wanted to keep the elegance and nobility of the old building and at the same time make the house comfortable, meets all the requirements of civilized life. To solve this challenge was invited French decorator Patrice Nurissa. 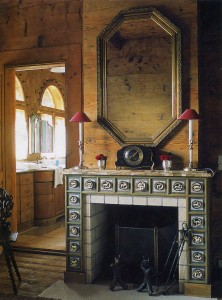 Stanislaw Witkiewicz known as an architect, author of plays, artist and photographer. He was the founder of the so-called Zakopane style.

Most interior items made by local craftsmen. Designers have tried to keep the folk motives inherent in Zakopane style. 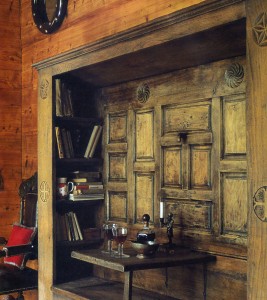 Mysterious and somewhat gloomy atmosphere, a mysterious spirit hovering in the room, the smell of the Carpathian spruce from which the house is built, conquered Nurissa, and he wanted to recreate the original appearance of the building. Because for centuries the interior has changed, started looking for a decorator missing decorative elements typical of the buildings in the region. He managed to find artists who have made of trimmed straw bundles for caulking cracks, which are a traditional attribute of many wooden houses in Zakopane. Local craftsmen produced reliefs and medallions with the image of the deer; local craftswomen embroidered curtains of light woolen cloth. Sculpture bears, supporting the shelf above the fireplace, were carved out of wood on sketches Patrice Nurissa. Furniture, paintings, wall lights purchased from antique shops in France, Italy and Poland. 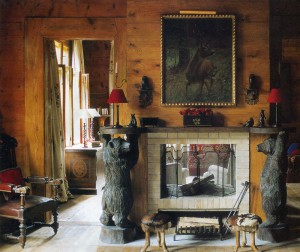 In the interior decorator has paid special attention to the color scheme. In order to get the color of wet sand, gives the room a touch of antiquity, from the walls and floor varnish removed. 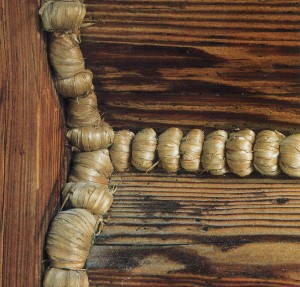 Removed linoleum, closes the wooden floor, and the last part of the boards that went to the walls, in some places replaced with slabs of natural stone treated with “antique”. Space of the house has been extended due to wider doorways on the first floor. Do not forget Patrice Nurissa and comfort: The house is equipped with all the achievements of civilization, which cleverly hidden under the cover of the old decor. 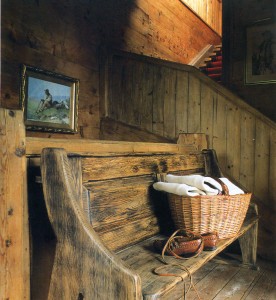 And in appearance, and in the interiors of buildings traditional decorative elements combined with signs of new trends in the European architecture turn of the century

In the bedroom, as well as throughout the house, the interior is simple and restrained: the walls are covered with rough planks on the floor – homespun rugs, at the head of wooden beds – an owl and a rooster, symbolizing the day and night 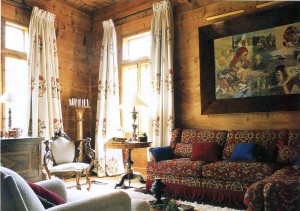 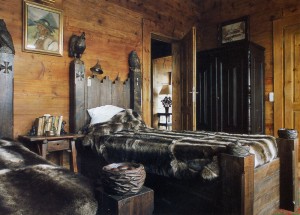 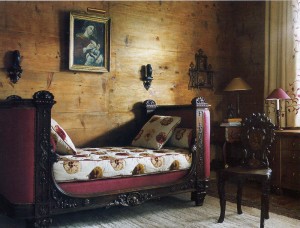 Over a century of this house in its appearance and in the interior of several variables. However, the mystery shrouding this structure remained unchanged. As a result of long and laborious work of talented French decorator managed to revive a fabulous, mysterious atmosphere of noble antiquity, existed here during Stanislaw Witkiewicz. Today, as many years ago, in the decoration of the house blend harmoniously elegance and simplicity. 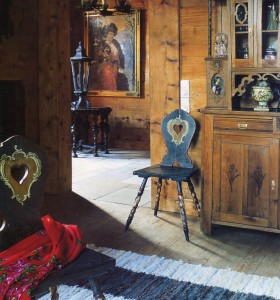 Tradition and progress in construction of wooden houses
January 30, 2015