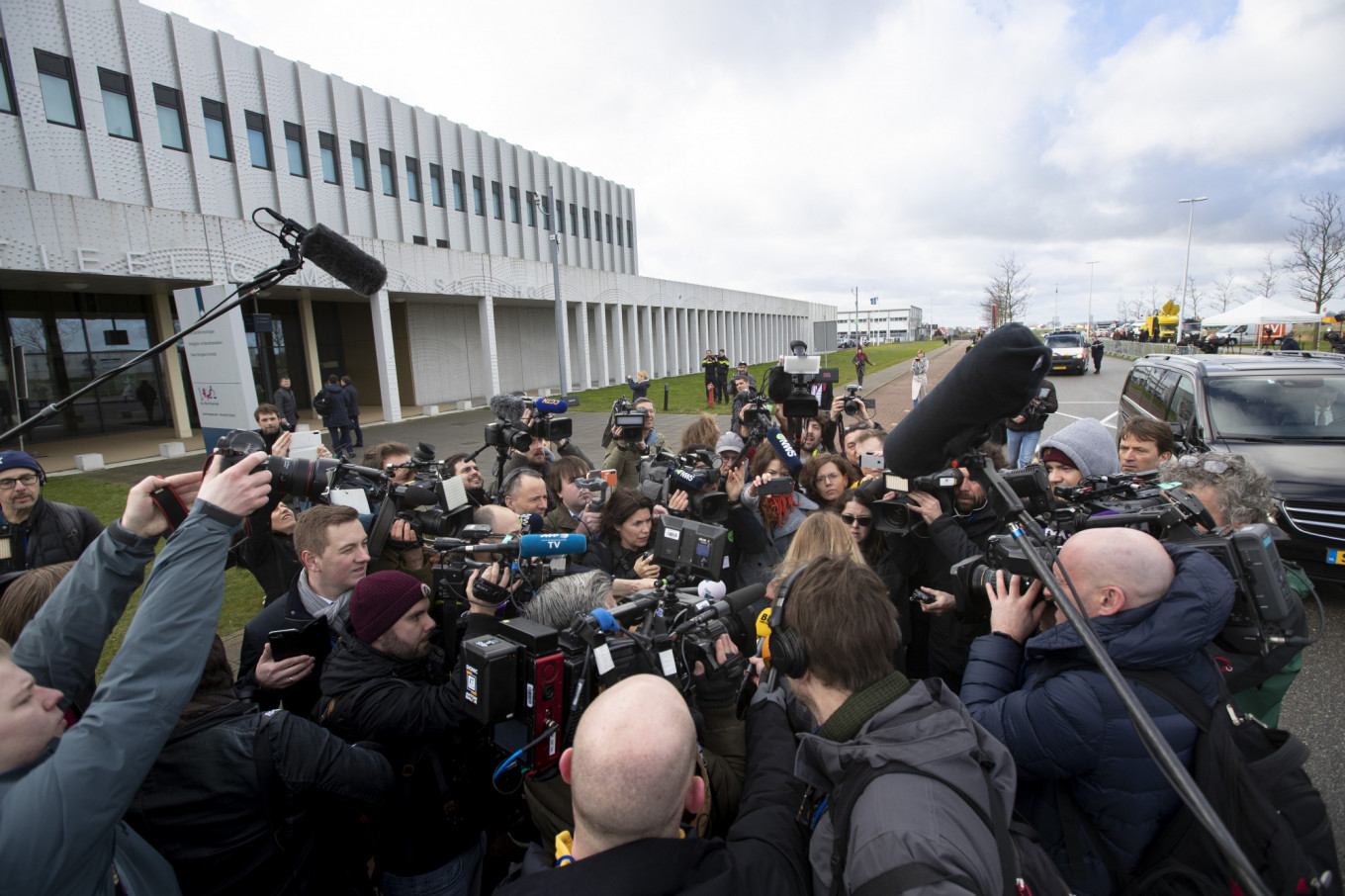 SCHIPHOL, The Netherlands — A court in the Netherlands is conducting a landmark hearing to try to determine criminal responsibility for the downing of Flight MH17 six years ago.

The Moscow Times is covering the MH17 trial live from the courtroom in The Netherlands. Follow along here:

14.45: Oleg Pulatov’s defense team gives its opening statement. Says that they do not yet have a full grasp of the entire “dossier,” but says there are many aspects that require additional investigation. “We were shocked by the tragedy. But our role is to speak not on behalf of the relatives, but on behalf of Oleg Pulatov.”

The defense questioned Ukraine’s decision to keep the airspace open above 9,754 meters, arguing it went against international advice.

14.10: The prosecution says it is unlikely they will commence with more cases than those against the four defendants, who they believe are the most important perpetrators. Prosecutors don’t think that the four suspects “pushed the button” that launched the BUK missile that brought down the plane, but they say the suspects played an important role in coordinating the shooting and can be held responsible for launching the BUK. In opening statements, the prosecution argues that Russia-backed rebels in Donetsk suspected of the MH17 shooting were “not entitled to claim combat immunity,” and should thus be tried under ordinary criminal law.

12.20: Prosecutors open the case by slowly reading out all 298 names of those killed aboard MH17.

It takes over 20 minutes to read all of them. Many of those killed included multiple members of the same families. Court takes a lunch break.

11.45: The judge officially confirmed that none of the suspects are present in the courtroom, adding that Pulatov is the sole suspect who has asked to be represented in court.

Oleg Pulatov’s defense said it is not ready to file a statement of objections because it has not had the appropriate time to discuss the file with the defendant. The court will allow Pulatov to file objections at its June 2020 session. The judge said Pulatov is aware of the charges against him.

The judge said the prosecution has sent indictments to the other three suspects, Igor Girkin, Sergei Dubinsky and Oleg Pulatov; and described attempts to contact them. The court said enough has been done to make them aware of the indictments.

Judge rules that the trial of four suspects can, therefore, continue despite none of them turning up at court in The Netherlands.

1035: The presiding judge has said the court will be taking a 30-minute break due to technical problems that are reportedly linked to English translation issues inside the courtroom. Prior to that, the judge announced that 49 relatives of the MH17 victims have come forward and want to testify during the hearing.

1000: Head judge Hendrik Steenhuis has opened the MH17 process and is now giving an introduction. The trial will be held in Dutch with simultaneous English translation, but there will be no translation into Russian.

“Many have longed for this process for a long time,” Steenhuis said.

The defendants, who are still at large, face charges of murder, obtaining a missile launcher and shooting down the jetliner as it flew from Amsterdam to Kuala Lumpur, killing all 298 passengers and crew. The four suspects are not expected to appear in court. This morning, BBC Russia reported that one of the suspects, Oleg Pulatov, has agreed to testify by video link. Pulatov is also the sole suspect who has asked to be  represented in court.