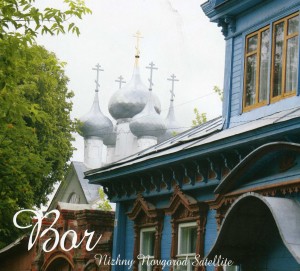 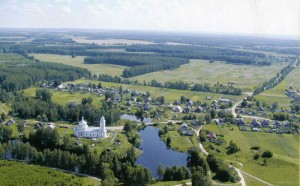 Beautiful Bor side of the Nizhny Novgorod region.

These are some old houses with shopping premises and mansions of merchants Sherstnev, Moskovtsev and Starov. There are also a few churches built in the 18th to the early 20th centuries — the Znamenskaya, the Setgievskaya and the Dormitory Churches. 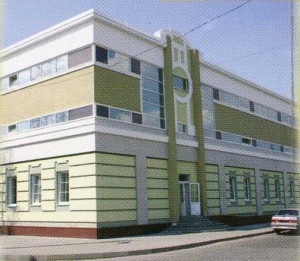 Modern superstructure on the old building.

In 1938 Borovsakay Sloboda became a town — Bor. Today it is one of the majot business and industrial centers in the region. There are over 30 large and mid-size enterprises, including Bor
Glass Works, a world-known a manufacturer of triplex. Bor Glass Works exports triplex to 30 European, Asian and African countries, including Germany, Finland and Bulgaria.
The strongest point of the Bor administration policy is investment policy, which has proved to be a success in recent years. Over the last few years Bor has always ranked first in the region in terms of foreign investments attracted to the local economy. One of the investment projects to be implemented in the near future is the construction of cableway between Bor and Nizhny Novgorod as well as construction of aqua-entertainment facilities on the river bank. It should also be noted that there are a few health centres in Bor raion. 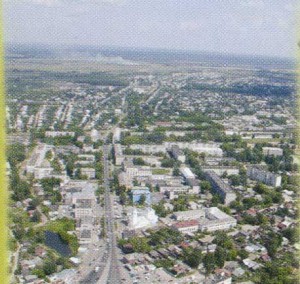 The history of Bor is rich with legends. One of them is about a wonder-working icon that was discovered in the settlement of Rozhnovo, there is now one of the best cathedrals in the region — the Theotokos of Kazan Cathedral. Another interesting place is Malinovsky Skit («skit» in Russian is a hermitage and for the Old Believers «skit» is also a monastery), it has been a shelter for the Old Believers for hundreds of years and their most sacred place. Now it is protected by the State and is the only Old Believers’ hermitage in the region and, maybe, in Russia.

Bor was first mentioned in chronicles in the 13 th century under the name of Vezlomomskaya Sloboda, which was founded in the Vezloma river.
Later Kapytovskaya Sloboda and Nikolskaya Sloboda joined it. The ancestor of Bor was called Borovskaya Sloboda (“Bor” in Russian means “pine forest”).

Bor district has always been famous for crafts, first of all for felting, smithery and stitching and embroidery. There are some large industries functioning in Bor, i.e. Bor Factory of Felt Footwear and Bor Felting Factory that carry on traditions. There is a Museum of Felt Boots. Bor Stitching and Embroidery Company is very popular with tourists. If you visit it you will learn local secrets and traditions of stitching and embroidery, take part in a masterclass, have a look at masterpieces of local embroiderers and buy some souvenirs. You will find plenty of the there, i.e. table cloths, shawls, towels, napkins, shirts, blouses, etc.

The interior of the Russian house.

Bor integrates old traditions, old-style architecture and love of local people to the history of their town into modern life, economic and cultural development trends. 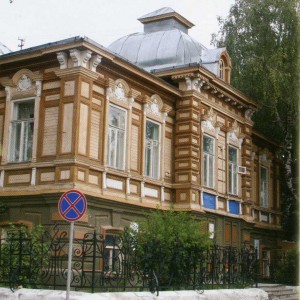