The Versailles of Nizhniy Novgorod 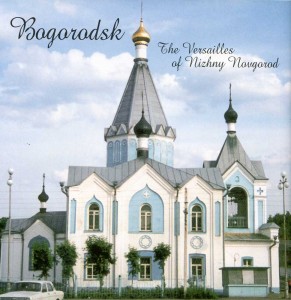 The beautiful and cozy town of Bogorodsk emerged from a small 16th-century settlement, which was situated on the road from Nizhny Novgorod to Murom. The settlement got its name after a chapel of the Nativity of the Blessed Virgin that was built there. 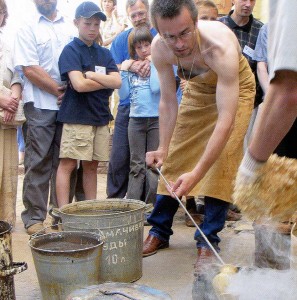 In 1615 Bogorodsk was granted to one of the leaders of the Nizhny Novgorod militia movement against Polish and Lithuanian invaders, Kuzma Minin. From 1715 to 1859 Bogorodsk belonged to an old Russian family of Sheremetevs. The natural group Krutaya Gora (Steep Hill) and an artificial lake that initially had the shape of a woman’s body still remind of those times.

In the 19th century Bogorodsk, as a joke, was called The Versailles of Nizhny Novgorod, because there were many mansions there. Among them were the mansion of Rukavishnikov in the village of Podvyazye, the patrimony of Bestuzhev-Rumin in the village of Kudteshky, the estate of a famous musicologist Ulibishev in Lukino, and two mansions of Sheremetev in Savelovo and in Lazarevo.

One of the ancient cloistets — the Dudin Nikolo-Amvrosy Cloister, founded in 1408 according to the last will of Sergiy Radonezhsky — is situated in this raion. In the eastern part of the raion there is also the Oransky Monastery with a wonderworking Icon of the Theotokos of Vladimir that is said to be a healer. A holy spring is situated in the village of Sartakovo in Bogorodsk region. In 2003 the spring was provided with modern amenities, and a chapel of the Saint Prince Vladimir was consecrated. The opening of this sacted place was followed by a movement called Return to the Origins.

On the central square of Bogorodsk, that has still a merchant-like image, there is the Assumption Church that was built in 1816 thanks to the funds of the Sheremetev family.
Bogorodsk is well-known for its ceramics and skinnery. The art of ceramics was brought here by the craftsmen of Nizhny Novgorod, and the pottery from Bogorodsk competed successfully with others at the Nizhny Novgorod Fair.

There is a wonderful collection of antique pottery in the museum of Bogorodsk. There you can also learn the history of anothet famous craft of Bogorodsk — skinnery. 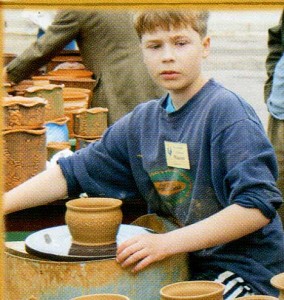 In an old mansion in the centre of Bogorodsk — in the house of crafts there is a modem museum of cetamics where various articles made of clay from the tiny pieces to highly artistic pottery work are exhibited. On the second floor of the mansion there is an art gallery of Nazarov, an artist from Bogorodsk. During the annual city holiday a festival of cetamics is held. There you can see the secrets of ceramics and buy the things you like that were made in your presence. After a walk around the provincial Bogorodsk you can visit a cozy hotel Samey where you will be treated to delicious meals.

In winter the visitors of Bogorodsk are welcome to the mountain-skiing complex in the village of Khabarskoye.
You can learn the secrets of ceramics at the festival of pottery or In the museum of ceramics.